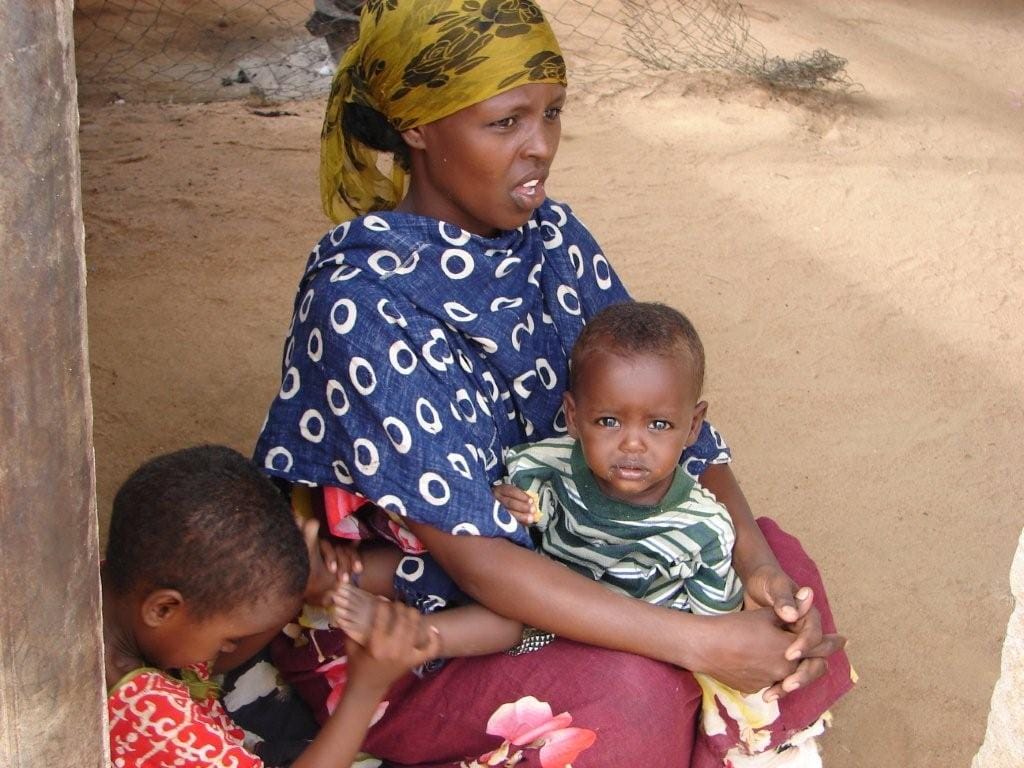 A Somali mother and her children in a refugee camp in Dadaab, Northern Kenya. Photo: LWF/ACT Kenya

Geneva
Somalia is a “prime example” of an emergency the world has forgotten, says the ACT Alliance of churches and humanitarian agencies.

“With 1.5 million people – just under 10 percent of its population – forced from their homes by fighting, aid relief inside the country remains critical,” the Geneva-headquartered alliance said Aug. 6 in a news release. It noted that at least another 600,000 Somalis are refugees, living mainly in Kenya, Yemen and Ethiopia.

The statement came in advance of plans by ACT members in Somalia to issue a fresh appeal to provide basic services to displaced people in the country and to refugees in neighbouring nations.

After Afghanistan and Iraq, Somalia generates the highest number of refugees. Somalis are fleeing conflict, economic collapse and drought, according to the UNHCR, the United Nations’ refugee agency.

Many civilians were killed and wounded in fighting in Mogadishu in late July. At the same time, the African Union said it would add 4,000 troops to its peace force in Somalia, which is trying to keep the Western-backed government from rebels fighting to topple it.

A Somali Islamist group, al-Shabab, has said it was behind two blasts on July 11 that killed more than 70 people in the Ugandan capital, Kampala, to protest against the presence of peacekeepers from that country in Somalia.

The ACT Alliance in its release noted that since 1991 clashes between ethnic groups have resulted in the death of many and caused immeasurable economic and social destruction. Mortar fire and weaponry have left thousands of people disabled and living in desperate situations. A third of Somalis survive with what little they receive from relatives.

“Violence and insecurity in south and central Somalia have considerably reduced the regions aid agencies can work, compelling them to move or evacuate international workers to safer places,” it said. “Kidnappings of aid workers, followed by ransom demands, are major obstacles to humanitarian operations in Somalia.”

In Ethiopia alone, nearly 2,000 asylum seekers from Somalia have sought refuge in the past four months