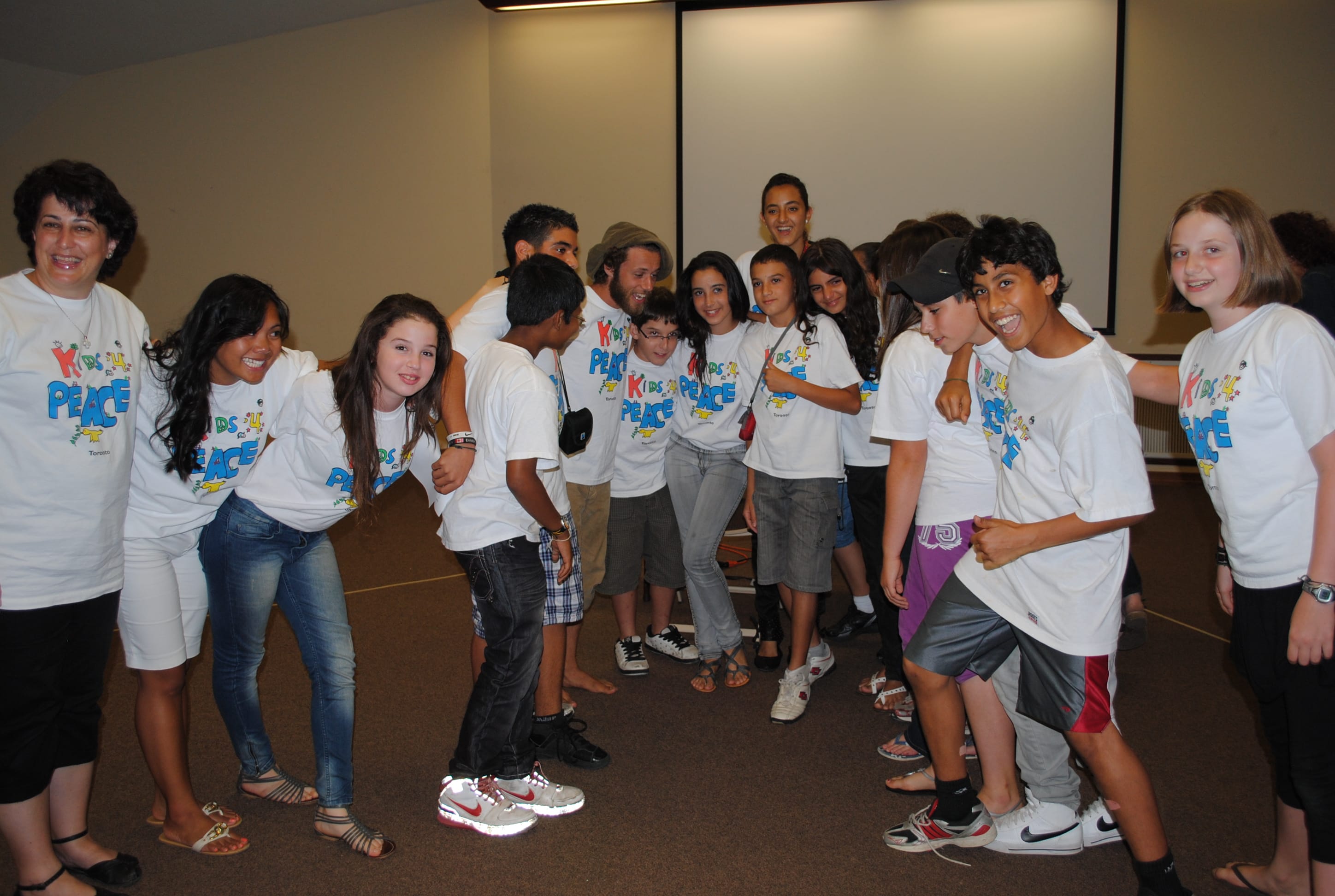 As 24 Jewish, Muslim and Christian students from the Toronto area and Galilee region of Israel hugged, laughed and said tearful good-byes to one another, peace in the Middle East looked a little closer.

The students had just completed 10 days at the Kids4Peace camp at the YMCA Cedar Glen Camp north of Toronto.

This is the fifth year that students from Israel have come to Canada for the Kids4Peace camp, a project that began at St. George’s College with co-operation from St. George’s Cathedral. Both are part of the Episcopal Diocese of Jerusalem.

When Bishop Suheil Dawani came from Jerusalem to visit Canada in June, he praised the program as an important part of the diocese’s work to build peace in the region. “We believe that we have to work with the grassroots…to encourage [the children] to talk to each other, accept each other and [to get to] know about each other,” he told the Anglican Journal.

The Rev. Samuel Barhoum, an Anglican priest in the diocese and director of Kids4Peace in Galilee, says that 11- and 12-year olds are still open and don’t already have preconceived ideas. “We teach them how to love each other, how to respect each other, how to accept each other as they are…”

The Kids4Peace camps began in the U.S. in 2002, but David Ross and his wife, Cathie, who attend Grace Church-on-the-Hill in Toronto, helped found a Canadian chapter in 2004. Their co-founders were Don and Mary Hill. Don Hill is the chairman of the Foster Hewitt Foundation, which helped fund the camp. The Hills are members of Trinity Church in Aurora, Ont., which also supported the camp. Bishop Philip Poole, who was rector at Trinity when the camp began, is now on the board of directors. Ross and a group of volunteers raise about $75,000 a year from church groups and foundations as well as businesses such as CIBC, Bank of Montreal, Royal Bank of Canada, Roots, Air Canada and Danier. These funds allow the camp to operate at no cost to the families.

“The people in Israel are isolated in groups of Jewish, Muslim and Christian…and unless they can interrelate, we won’t ever have peace there,” said Ross. “So our objective is to assist in that process through the Anglican church, which was the initiator of the project. When [the kids from Galilee] come to Canada, we want them to feel welcome by having those of the same religion share their experience, and here we do live in peace, so they see life in an entirely different perspective…”

On the last night of the camp, Canadian parents came to watch campers perform a play, Abraham’s Tent, in which they acted out stories from the Torah, Bible and Qu’ran, and sang songs together. “Because I am originally from Jerusalem, the idea of the three faiths getting together and working on peace is very appealing to me,” said Orli Botzer. Emily Baird added that when fear of the unknown is removed, communication improves and “you can break down a lot of barriers.”

Rudy Habesch is also originally from Jerusalem. “Adults have preconceptions; kids still don’t. It’s good for them to get to know each other without any of our baggage.”

This year’s camp included visits to a synagogue, mosque and church. Tal Potechin, an interfaith advisor at the camp, said the kids were able to see many similarities in the observances and talked and asked questions after each visit. “Immediately…they realized how similar they are,” he said. And while language and shyness were initial barriers, they were “quickly overcome,” said Potechin. “…Eventually they just blossomed and opened up.”

Ross said he hopes these children will become leaders. “Having peace in Israel is a very long-term problem. We’re building for 20 years out.”

Editor’s note: New information has been added to the sixth paragraph.