Home » Thomas vs. Thomas: The rematch of Cromwell and More

Thomas vs. Thomas: The rematch of Cromwell and More 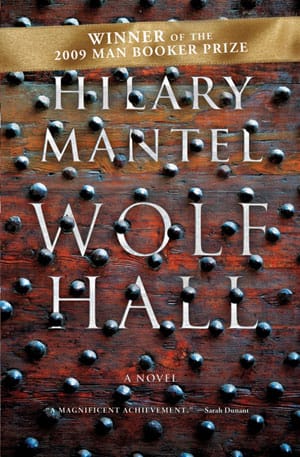 In an age of spin-doctors and re-branding, British novelist Hilary Mantel sets herself a near impossible task: the re-envisioning of Thomas Cromwell. That she succeeds so incredibly is a testament to her power with word and story. And to the joy of everyone who has read her Booker prize-winning Wolf Hall, she’s not done yet.

Wolf Hall is set in the early days of Henry’s reign from 1520 through 1534, from the dying moments of marriage to Katherine of Aragon to the bitter disappointments of Anne Boleyn, through the ascents and deaths of Cardinal Wolsey and Thomas More.

For 400 years, the judgement has been that Henry and those around him, including Wolsey and Cromwell, were driven by lust, succession and a compelling perspective on the divine right of kings versus the chokehold of the Vatican. The machinations disposed of wives with alacrity, changed history and split Christendom. In the traditional telling of the tale, the good guys were dispatched to the Tower of London and the hands of the executioner. First among these stalwarts of righteousness was Thomas More.

Thomas Cromwell has always been, in Mantel’s view, “a pantomime villain” and, by definition in this subversive age of upending accepted hierarchies, the fit subject of a new telling. Of truly humble origins, Cromwell was the son of an abusive blacksmith, setting out from an early age under suspicious circumstances and acquiring military, legal and commercial skills while abroad.

Cromwell’s advance to the peak of power in Tudor society could have been the inspiration for the O’Henry model of rags-to-riches morality. On the other hand, Thomas More-the brilliant scholar, devout Christian, loyal subject and chancellor who chooses God and church over king and country-is the epitome of noble righteousness.

Mantel’s difficulty is that most of us see More as the sympathetic Paul Scofield and Cromwell as the oily evil Leo McKern from the 1966 movie, A Man For All Seasons. In his hagiography of Thomas More, Robert Bolt convinced generations that true saints value principle over life. And in that, Mantel and Bolt are in agreement, albeit with different conclusions.

Mantel’s More is cold, judgemental, superior and disdainful. Cromwell is the great compromiser who seeks to defend king, country, church and family by whatever means, however unscrupulous. More dies for purity; Cromwell equivocates for his own survival as well as that of his country and his king. Mantel skillfully brings these men to life, warts and all. (Though no reader would invite More to dinner, Cromwell would be a delight.)

Wolf Hall, a reference to the ancestral home of Jane Seymour, whose presence haunts the novel, is the first of a two-volume rehabilitation of Cromwell. This is historical fiction at its best, with characters and times made new. Mantel’s imagining leaves us reeling.  Ω

Peter Kavanagh is a senior producer with CBC Radio in Toronto.