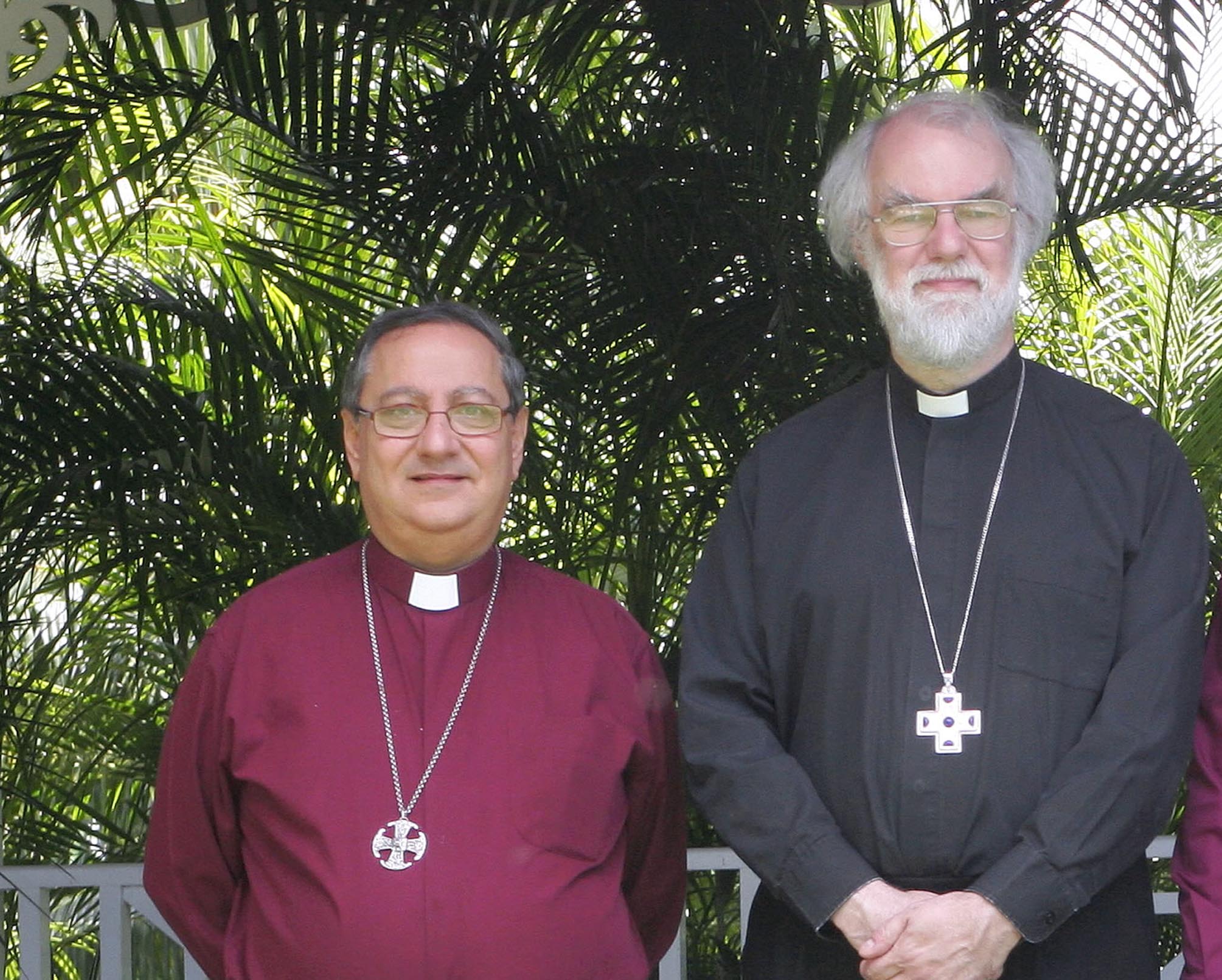 The Anglican Communion Office hasannounced that two new members will serve on the Standing Committee beginning with the July 23-27 meeting in London: Bishop Paul Sarker, moderator of the Church of Bangladesh and bishop of Dhaka; and the Rev. Canon Janet Trisk, rector of the parish of St. David, Prestbury, in Pietermaritzburg, South Africa.

Trisk was elected at the last Standing Committee meeting to replace Nomfundo Walaza, also from South Africa, and Sarker is the elected alternate for Middle East President Bishop Mouneer Anis, whoresigned his membership in February saying that his presence has "no value whatsoever" and that his voice is "like a useless cry in the wilderness."

TheJuly 2 release also confirmed that Archbishop Henry Orombi of Uganda and his elected alternate, Archbishop Justice Akrofi of West Africa, have resigned from the Standing Committee.

In April, Orombiwrote a letter to Archbishop of Canterbury Rowan Williams raising concerns that the Standing Committee has assumed "enhanced responsibility" and expressing his dismay that its membership includes representatives from the U.S.-based Episcopal Church.

Orombi’s letter was ambiguous about whether or not he had resigned his membership on the Standing Committee. But the Rev. Canon Alison Barfoot, Orombi’s assistant for international relations, confirmed at the time that he was standing in support of Anis’ resignation but that he had not, in fact, resigned himself.

Orombi was elected in February 2007 by his fellow primates to represent Africa on the Standing Committee, but he has not attended any of its meetings. Akrofi attended the committee’s last meeting in December 2009 as Orombi’s alternate.

Bishop Azad Marshall of the Diocese of Iran alsoresigned from the Standing Committee in late June, yet no explanation has been given.

The committee is made up of 15 members elected from among the Primates Meeting and theAnglican Consultative Council, the communion’s main policy-making body. The Primates Meeting also elects alternates who serve when the elected member is unable to attend. The ACC does not elect alternates.

The Standing Committee usually meets annually but has met biannually for the past three years. It oversees the day-to-day operations of the Anglican Communion Office and the programs and ministries of the fourinstruments of communion — thearchbishop of Canterbury, the ACC, thePrimates Meeting, and theLambeth Conference of bishops.

Committee members are also scheduled to visit Lambeth Palace, its library and Westminster Abbey, according to the release.

Among the committee members are Presiding Bishop Katharine Jefferts Schori, who was elected by her fellow primates in February 2007 to represent the Americas on the Standing Committee, and Bishop Ian Douglas of Connecticut, who was elected during the May 2009 meeting of the ACC.

It is expected that new committee members will be elected at the next Primates Meeting, tentatively set for January 2011 in Central America.

The current members of the Standing Committee are: