Synod will vote on same-sex blessings 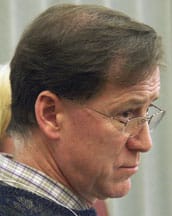 Bishop Fred Hiltz, a member of the faith, worship and ministry committee, said the group felt it is time "to seek the mind of the church on this matter."

Can a diocese permit blessing ceremonies for gay couples?

That will be the question facing General Synod in May after the Council of General Synod voted to ask the triennial meeting to decide on the issue.

The council, the church’s governing body between General Synods, wrestled with the issue ? currently the most controversial one within the Anglican Church of Canada ? over four days of deliberation from March 4 to 7 in a retreat center near Toronto .

In the end, there was a sense, as council member Bishop Donald Harvey of Eastern Newfoundland and Labrador said, “that it is very important that General Synod get the opportunity to express its mind on the matter at this time.”

However, forming the questions to put before General Synod was no easy matter, as the wording was changed six times.

The five-part resolution proposes that General Synod affirm “the authority and jurisdiction of any diocesan synod, with the concurrence of its bishop, to authorize the blessing of committed same-sex unions.” The resolution would give dioceses what is known as a “local option.”

There was little change made to this part of the resolution, although the fact that CoGS was discussing it contradicted the recommendations of a consulting group that polled Anglicans across the country on the issue. The report, by Linda Graff and Associates of Dundas, Ont., said their discussions with about 250 participants indicated that many Anglicans wanted more time to discuss the issue and that a decision should be postponed until General Synod 2007.

The national faith, worship and ministry committee, which met in February, discussed the Graff report, but felt that “now is the time to seek the mind of the church on this matter,” said Bishop Fred Hiltz of Nova Scotia and Prince Edward Island , a member of the committee.

Both conservatives ? such as Bishop Harvey ? and liberals on this question concurred, with no one suggesting that the matter should not come before the 310 General Synod delegates.

Archdeacon Helena-Rose Houldcroft, also a member of the faith, worship and ministry committee, noted that “society has moved at a rapid pace” as several Canadian provinces and U.S. states have legalized marriage for gay couples. She also noted that the Graff report said a “win-win” outcome over this volatile issue, where everyone feels comfortable with a decision, seemed impossible, but “God says nothing is impossible.”

The resolution also calls for unity with the church even as it acknowledges disagreement, noting that there are “deeply-held convictions about whether the blessing of committed same-sex unions is contrary to the doctrine and teaching of the Anglican Church of Canada,” but adding, “we recognize that through our baptism we are members one of another in Christ Jesus.”

At one point in the debate, a motion was put forward that General Synod should decide whether the blessing of gay relationships is contrary to the doctrine and teaching of the Canadian church, but that was rejected and changed to acknowledge differences on the issue.

There was much debate on the change, with some saying that this is precisely what Anglicans across Canada are discussing and others saying that putting that particular question

before General Synod would be hopelessly divisive.

“It’s about having the discussion ? whether this is a doctrinal matter or not and is it consistent with the teaching of our church. It’s very important that the content of the conversation be very up front for people,” said Ms. Houldcroft, supporting the change.

However, Rev. Iain Luke, in opposition, said “this new clause proposes the most divisive question imaginable to General Synod. The mind of the church is that no one wants to ask that question.”

Canon Bill Prentice said, in an emotional speech, “This is my church. The catholicity and the unity of our church is so dreadfully important. I’m not going to abandon my church.”

The question of unity also arose in the original form of the motion brought forward by the faith, worship and ministry committee, which proposed that General Synod declare that the blessing of same-sex unions “is not a matter over which the church’s unity and fellowship in Christ should be impaired.”

Bishop Victoria Matthews of Edmonton , who was successful in proposing that the clause be deleted, but unsuccessfully proposed a substitute, said that “my continuing difficulty is that it says this ought not to impair the church’s unity, when it already has.”

The resolution also calls for continued “respectful dialogue and study of biblical, theological, liturgical, pastoral and social aspects of human sexuality.” It acknowledges that this is a difficult issue for many indigenous and other Anglican congregations and “affirms the principle of respect for the way in which the dialogue and study may be taking place, or might take place,” in those communities.

It addresses the issue of congregations that might be at odds with a bishop or with a diocese over the issue, saying that the church may provide “adequate alternative episcopal oversight and pastoral care for all.”