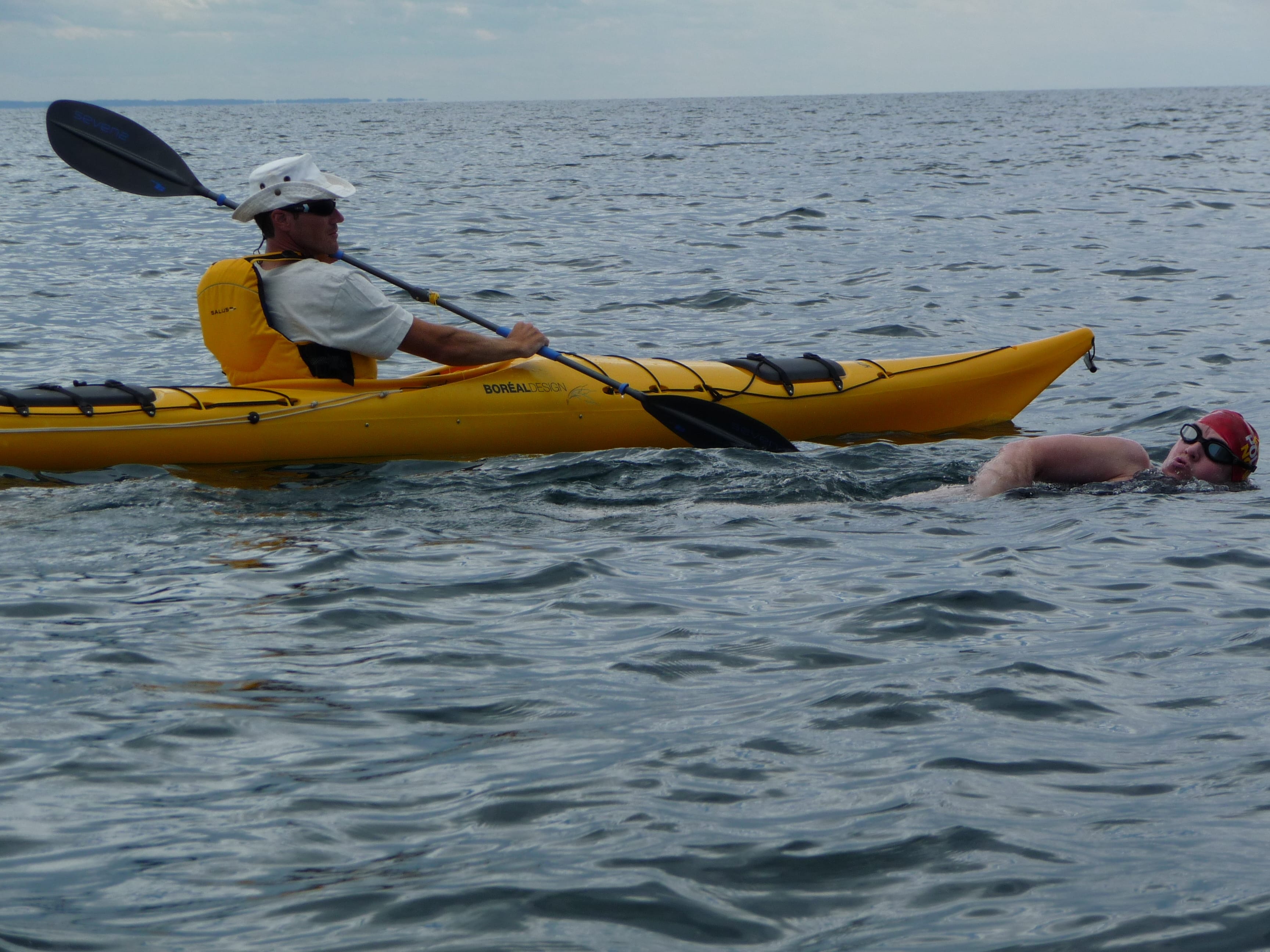 Thie Convery swims with Jeff Caldwell in the kayak beside her. Photo: Frances Manias

A parishioner of St. James church in Dundas, Ont., Convery, 43, had hoped to raise $150,000 to help vaccinate 250,000 children as part of the Global Polio Eradication Initiative. Final numbers are not yet in, but Convery said her effort has raised enough money to vaccinate more than 66,000 children; 330,000 other vaccinations were contributed by Rotary Clubs in Canada. Funds raised will be matched by the Bill and Melinda Gates Foundation.

Convery set out from Queen’s Royal Beach at Niagara-on-the-Lake, Ont. on Aug. 7. Her solo swim was to have ended at Marilyn Bell Park on Toronto’s CNE grounds but two-meter high waves made it impossible.

She was actually fine with the high waves, “they were just off my right shoulder and very luckily were not affecting my breathing,” she said. “I had more in me, and felt like I could have swam to Newfoundland!”

However, the weather predictions had gotten worse. “We were approaching nightfall without a moon,” Convery said, and the crew that was assisting her was having “tremendous difficulty” watching her.

It was “a sad moment” when her partner and swim manager, Frances, told her that the swim had been called off. “I asked for five minutes more to swim and cry, before the evacuation,” said Convery.

Convery, who runs her own financial advisory company, said she doesn’t know if she will attempt another swim. Her work and home life took a backseat when she underwent training for a year, she said.

Her swim was supervised by Solo Swims of Ontario, a not-for-profit group that sanctions and assists aspiring swimmers who attempt to cross any of the Great Lakes.