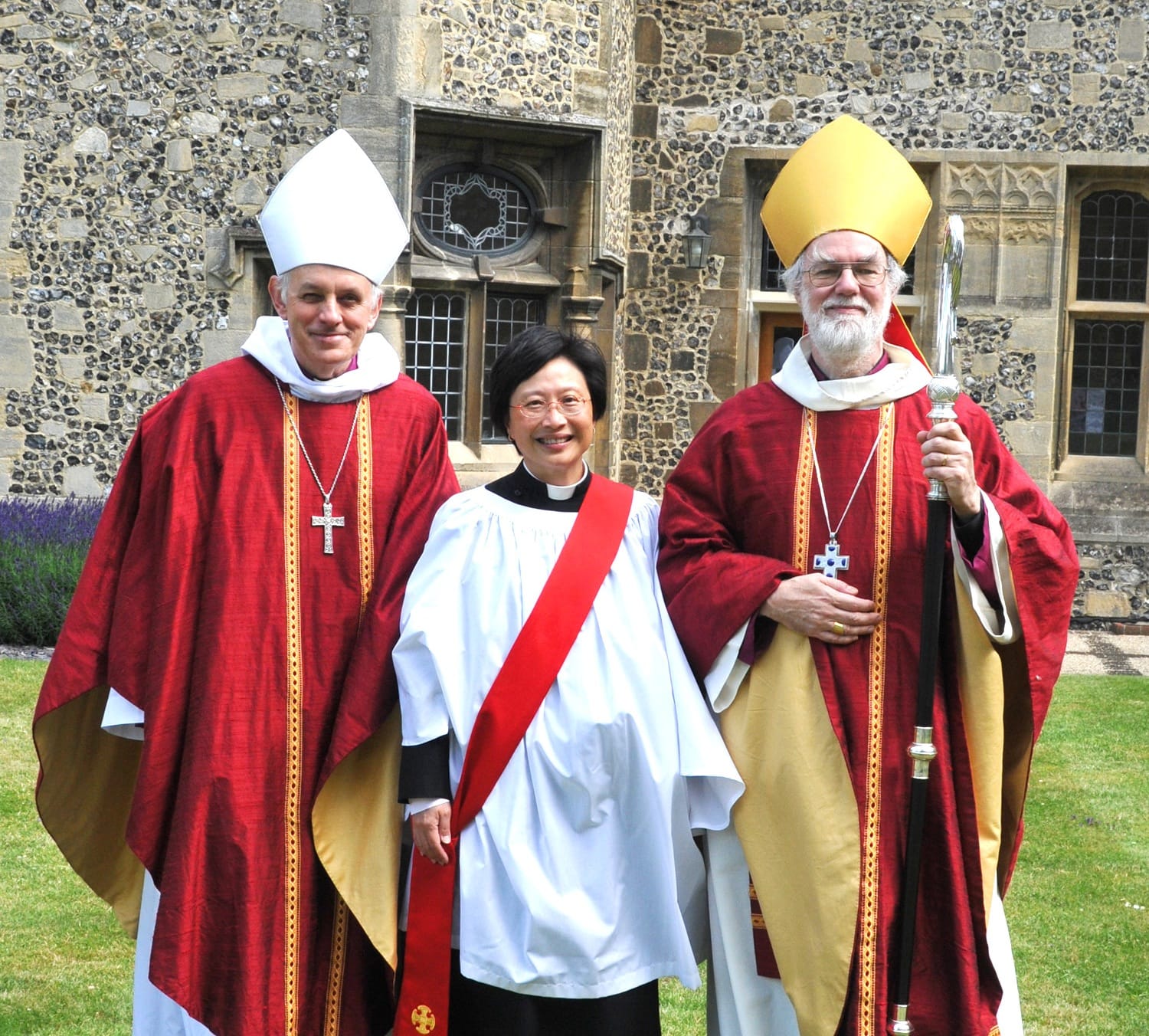 The Revd Eileen Harrop has become the first woman from South East Asia to become a Church of England ordained minister. She was ordained by the Archbishop of Canterbury on June 30 at Canterbury Cathedral, becoming the first female in a long and historic line of family members to serve as a Church minister.

Following ordination training at Ridley Hall, Cambridge (which included ministry attachments at St Catharine’s College, Cambridge; St Andrew’s Church, Histon and Impington; Holy Trinity Church, Vancouver, Canada; and Hatfield Broad Oak and Bush End), and a Bachelor of Theology in Ministry degree with Wolfson College, University of Cambridge, Eileen will serve as a curate at Tenterden Benefice, in the Diocese of Canterbury.

Eileen’s ancestors, converts who benefited from the service of UK missionaries such as Robert Morrison and William Milne, travelled from China to Hong Kong, Malacca and Singapore. Her parents, now retired medical doctors, made their home in Singapore. Eileen grew up in a British-colonial evangelical Brethren family and attended a Methodist school.

Other family members were involved in setting up the Singapore government: her great uncle, Goh Keng Swee, was a cabinet minister in the first government.

Married to Brian, whom she met in her final year at the University of Keele and married 27 years ago, Eileen first worked in England as Head of Religious Education in an inner-city high school. Then after a masters degree in Diplomacy, instead of a Diplomatic career, managed hospitals. A telephone call from a ‘headhunter’ took her into the world of business and industry, advising international blue-chip companies around Australasia. When she and Brian returned to England she set up in business working with clients from Britain to the Urals.

Eileen says: “My occupational life reads like fiction but, in hindsight, I see how God was preparing me through each experience for ordained ministry. We were living in an idyllic South Oxfordshire village when I heard God’s calling to serve in the Church in England nine years ago. I was drawn to the liturgy and the Church of England as we worshipped at All Saints’ Church, North Moreton, using the Book of Common Prayer.”

Two years ago they moved to Platt near Sevenoaks in Kent so Eileen could discern her calling, during which time she had two further jobs: senior manager of a high security prison, and advisor to the Government and National Health Service.

Eileen continues: “I am quite orthodox theologically and Chinese culturally. Despite my ancestral legacy, and achievements in professional and business life, as a woman from my part of the world I certainly did not expect God’s call to ordained life. I now see that this privilege of ordained ministry is not about my competence or suitability for a special sort of corporate leadership; it is the testimony of our faithful God whose desire is to love us, whose love is unchanging towards generations of those who love him.”
Eileen and Brian begin the next chapter of their lives in Tenterden this summer.