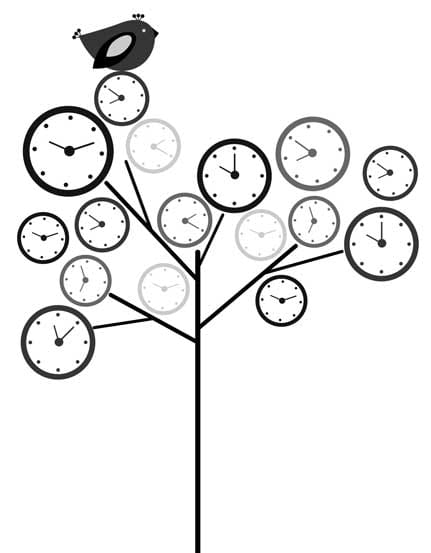 They looked pretty disappointed. “We’d love to, but….”

I’d said on the phone that I’d be happy to talk about baptizing their baby.

He’s a nurse in emergency at the hospital and she is a dispatcher for the ambulance service. They are just the sort of young couple that our congregation needs.

When they arrived in my office. I congratulated them on their baby, and then suggested they come to church for four weeks to be sure they felt at home in our congregation. And then we could set a date for the baptism. It seemed eminently reasonable.

My heart sank. It began to look, like so many others, as if they weren’t serious. I’d suspected as much because they delayed six weeks before meeting me.

“Do we really have to come to church that many times in a row?”

“What’s the problem with coming to church?” I asked.

Andrew explained. “Julie works two day shifts, two night shifts and then gets four days off. But the two nights are 12-hour shifts and usually she ends up with a patient she can’t leave, so they’re more likely 14-hour shifts, so she has to spend her whole first day off sleeping. That’s an eight-day cycle. so she’d only be available, or awake, on Sundays for a couple of weeks, and then she couldn’t come again for six weeks. And I work days, evenings, and then nights over a nine-week cycle.”

They concentrated on their iPhones, comparing schedules.

“Couldn’t you switch with Sharon six weeks from now?”

Their conversation continued. They were obviously well used to trying to solve the impossible computations. After a couple of re-checks, they sat back, satisfied.

Julie looked hopeful. “That rotation, we’ll get three Sundays in a row. That’ll be four months from now. Would that be OK? We could try for four Sundays in a row, but we’ll both have to put in a special request, and that has to be submitted six months in advance.”

I had a solution.

“Fortunately, we have mid-week eucharists on Wednesdays and Thursdays…would that make it easier? They are smaller congregations, but very warm and welcoming.”

They looked at me with pity.

“It doesn’t matter what day of the week it is,” she said. “The same thing happens with Wednesdays or Saturdays or whatever. We’d get maybe a couple in a row together, then none for five or six weeks, then one or maybe two. It’s not Sundays that’s the problem.”

But obviously Sundays were the problem. Our problem.

Would there be a chance that they would move out of shift work sometime?

But that takes a lot of seniority and the baby will be in its teens or even 20s by the time they get those kinds of promotions.

Our faith community is set up so that the only people who can actively participate, or be nurtured in the faith, are those who work days and always have Sundays off. But Jesus came to include the poor. Today, some of the modern poor are people with impossible shift rotations. As a result, they are excluded from meaningful participation in the Christian community.

But if I need urgent medical help in the middle of Saturday night, I’ll be counting on Andrew and Julie or someone else to be on the job. I won’t care if they sleep the sleep of the just on Sunday morning after a 14-hour shift caring for me. But being available to care for me means they cannot be active members of any congregation.

The early church didn’t count on weekends to boost attendance-back then Sunday was a working day.

Perhaps God is calling us to think outside the weekend box where faith is so easily seen as an optional leisure activity.

Of course I baptized their baby. I’m hoping for a miracle in the church and so are they. Ω

Canon Harold Munn is rector of The Church of St. John the Divine in Victoria, B.C.