By Anglican Journal Staff on February 4, 2011 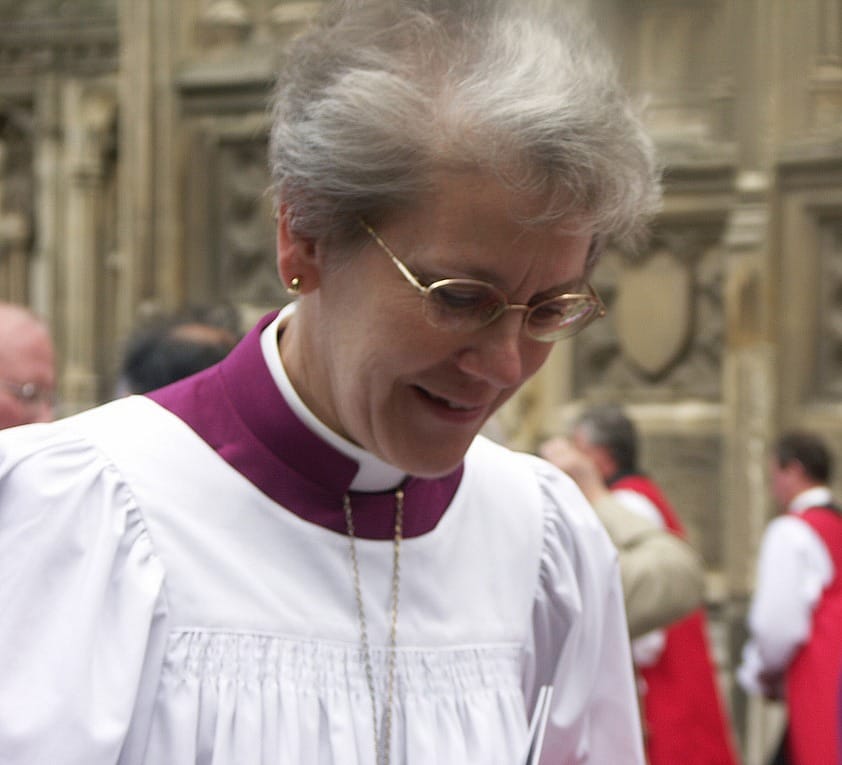 Linda Nicholls, suffragan bishop of the diocese of Toronto (Trent-Durham), has been appointed by the Archbishop of Canterbury to be one of the 10 Anglican representatives to the Anglican-Roman Catholic International Commission (ARCIC).

Bishop Nicholls was nominated by Archbishop Fred Hiltz, primate of the Anglican Church of Canada.

ARCIC promotes visible unity between the Roman Catholic Church and the Anglican Communion. ARCIC was established in 1967 by Archbishop of Canterbury Michael Ramsey and Pope Paul VI and celebrates its 40th year of ecumenical dialogue this year.

“It’s an honour and a privilege,” Bishop Nicholls said reacting to news about her appointment. “I’m viewing it with trepidation and excitement.” She noted that she had served in the Anglican-Roman Catholic dialogue in Canada when she was in parish ministry. “I really enjoyed the opportunity for reflection and discussion particularly because we know ourselves best when we are put in a situation of having to describe ourselves to someone else.”

Bishop Nicholls  has been Chair of the Primate’s Theological Commission since 2008, and was elected area bishop for Trent-Durham, based in Whitby, Ont, in 2007.

The new members of ARCIC will meet for the first time at the Monastery of Bose, northern Italy, from May 17 to 27. They will consider questions regarding “the Church as Communion-Local and Universal,” and “How in Communion the Local and Universal Church comes to discern right ethical teaching,” said a press statement. The work has been mandated by the Archbishop of Canterbury, Rowan Williams, and Pope Benedict XVI at their meeting in Rome in November 2009.

The issues are familiar to Bishop Nicholls. “My doctor of ministry work [was] on how do we sustain our unity…in the midst of differences on world issues. That will be an aspect of the conversation. It’s an extremely topical issue…”

The other members of the ARCIC are:

Bishop Christopher Hill, bishop of Guildford and chair of the Council for Christian Unity, Church of England.

The Rev. Dr. Mark MicIntosh, Van Mildert Canon Professor of Divinity in the Department of Theology and Religion at the University of Durham, England.

The Rev. Dr. Michael Poon, director and Asian Christianity coordinator of the Centre for the Study of Christianity in Asia at Trinity Theological College, Singapore, Province of Southeast Asia.

The Rev. Canon Nicholas Sagovsky, who is retiring as Canon Theologian at Westminster Abbey in the Church of England.

The Rev. Dr. Charles Sherlock, former registrar of the Melbourne College of Divinity.

Bishop Arthur Kennedy, of the Archdiocese of Boston, Massachusetts, is rector of St John’s seminary and former executive director of the Secretariat for Ecumenical and Interreligious Affairs for the United States Conference of Catholic Bishops.

Prof. Paul D. Murray is professor in the department of Theology and Religion at Durham University.

Prof. Janet E. Smith is professor of moral theology and the Fr. Michael J. McGivney Chair of Life Issues at the Sacred Heart Major Seminary in Detroit, Michigan, and is a consultant to the Pontifical Council for the Family.

The Rev. Vimal Tirimanna CSsR, from Colombo, Sri Lanka, is professor of systematic moral theology at the Alphonsianum University in Rome.

The Very Reverend Dom Henry Wansbrough OSB, from Ampleforth Abbey, England,  is a biblical scholar, and was General Editor of the New Jerusalem Bible.

Sister Teresa Okure SHCJ is academic dean and professor of New Testament studies at the Catholic Institute of West Africa, based in Port Harcourt, Nigeria.

Fr. Adelbert Denaux  is professor emeritus at the Catholic University of Leuven, Belgium.