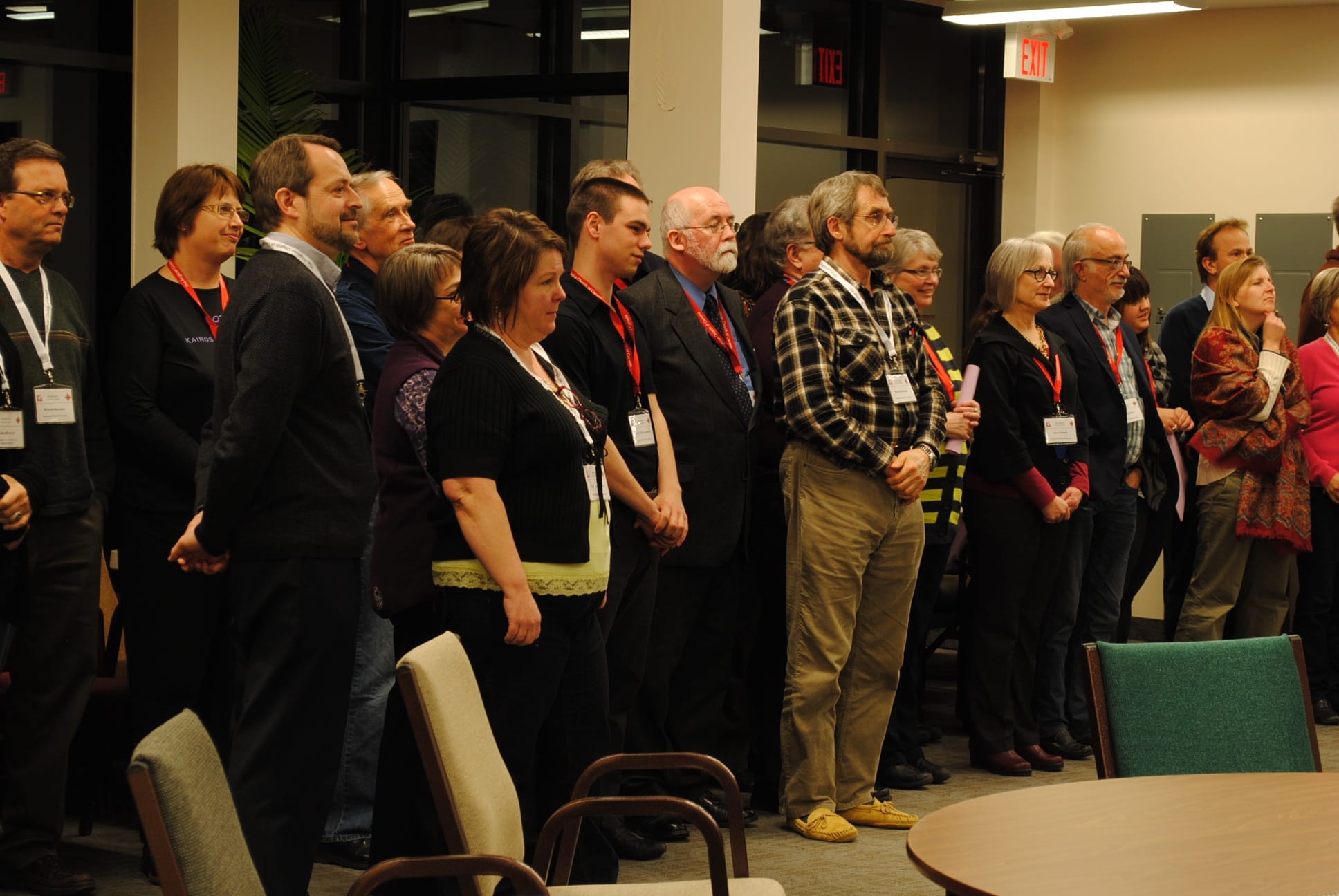 Mississauga, Ont.
The idea of a shared national office, possibly located in Ottawa, for the Anglican Church of Canada and the Evangelical Lutheran Church in Canada (ELCIC), is receiving mixed reviews from respective executive councils. In fact, said Archbishop Fred Hiltz, leadership of the Anglican Church of Canada may need to “step back” and consider more carefully the benefits of a shared national office.

He was speaking at the first joint meeting here, from Mar. 31-Apr.3, of the Council of General Synod (CoGS) and the ELCIC’s National Church Council (NCC).

At present, the national office of the Anglican Church of Canada is in Toronto; the ELCIC is headquartered in Winnipeg.

The idea of establishing a shared national office, which originated with the Joint Anglican-Lutheran Commission, was based on thinking that moving to Ottawa might allow the churches to directly engage with the federal government on issues of mutual concern, particularly social justice. “We can engage government with our current structures; we don’t need a translocation of staff,” was the response of one table group following discussion.

Archbishop Hiltz said he and ELCIC National Bishop Susan Johnson have called for a cost-analysis of relocating both churches, which has not been completed.

Members were also asked to consider questions related to the 2013 joint meeting of their national governing bodies in Ottawa. Asked to identify areas of joint cooperation, some suggested that the Canadian Lutheran World Relief and the Primate’s World Relief and Development Fund (PWRDF), the relief and development agency of the Anglican Church of Canada, could work more closely. Others identified the potential to share resources around youth initiatives, theological education, existing ministries and planting new ministries. Some identified the need to share stories about successful Anglican-Lutheran partnerships at the local level.

Bishop Johnson said she was encouraged by the discussions particularly around “what we can do together to release more energy for mission.”