Room for improvement in Anglican-Lutheran collaboration 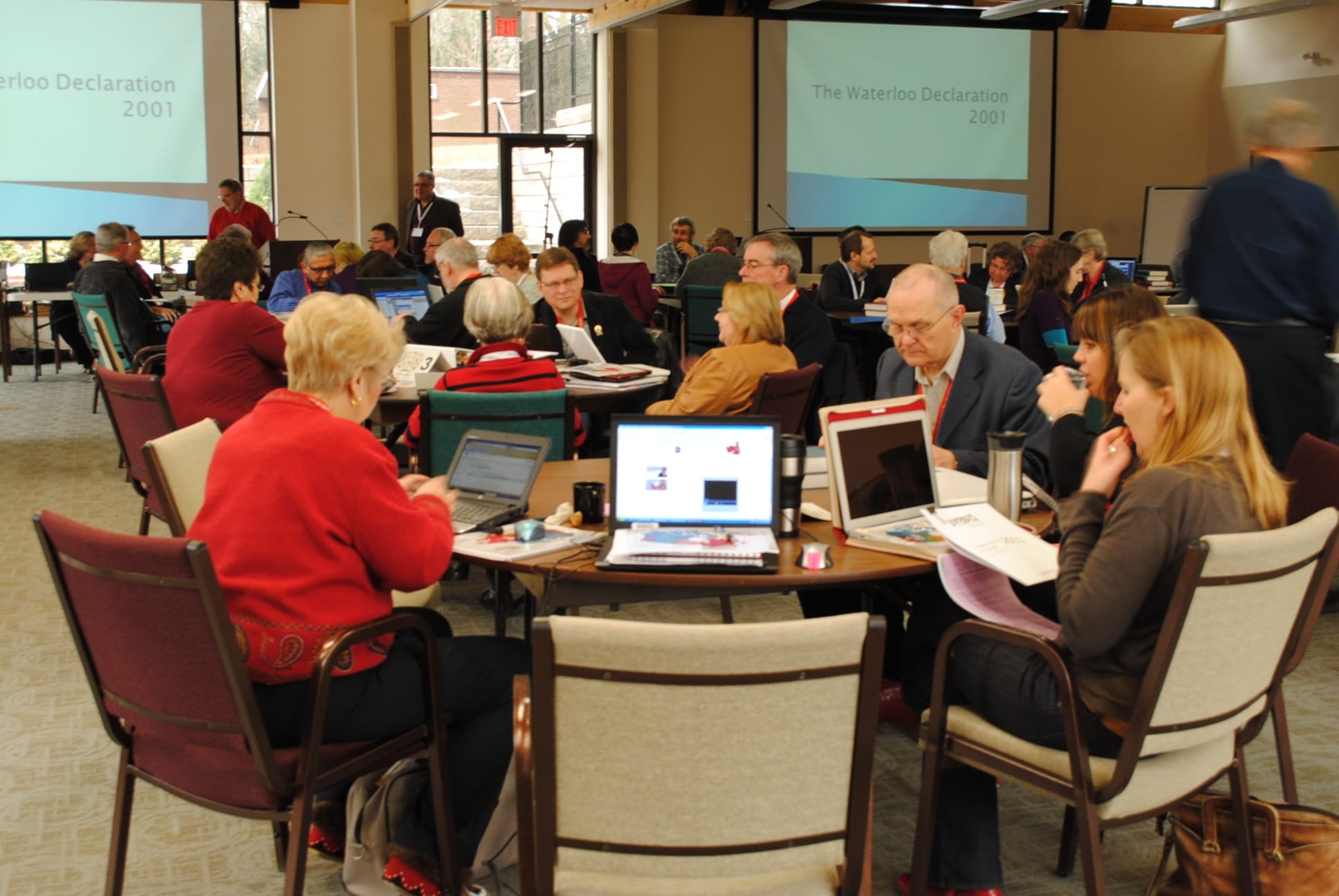 Mississauga, Ont.
Anglicans and Lutherans in Canada have lived up to most of their commitments
outlined in The Waterloo Declaration, which sealed their Full Communion as
churches 10 years ago, but there are still some areas that need further work.

Full Communion means that Anglicans and Lutherans can freely worship and take communion in each other’s churches, and their clergy can officiate at one
another’s services.

This was the assessment shared by the Joint Anglican-Lutheran Commission at
the first joint meeting Mar. 31 to Apr. 3 of the Anglican Church of Canada’s
Council of General Synod (CoGS) and the Evangelical Lutheran Church in Canada’s (ELCIC) National Church Council.

Both churches get a “B+” for having the will to engage with each other and the "intentional collaboration" of their leaders, Anglican primate, Archbishop Fred Hiltz, and ELCIC National Bishop Susan Johnson. However, there’s a need for more consultation regarding developments in each other’s ministries, said Bishop Michael Pryse, of the ELCIC’s Eastern Synod. “We’ve engaged in strategic planning processes not mindful of each other…Many of our plans line up, but we haven’t done consultation,” he said.

Both churches have been “fairly good” at welcoming ordained persons in either
of their churches, said Dean Peter Wall, co-chair of the Commission, who is
from the diocese of Niagara. Their bishops have participated in the laying of
hands at the ordinations of bishops “as a sign of the unity and continuity of
the church,” he said, but they fall short of the commitment to practice the
same at the clergy level.

There’s also a greater need for consultation regarding developments in each
other’s ministries, said Bishop Michael Pryse, of the ELCIC’s Eastern Synod.
“We’ve engaged in strategic planning processes not mindful of each other…Many
of our plans line up, but we haven’t done consultation,” he said.

Both co-chairs noted that while the first joint meeting of their churches’
executive councils has been a “crowning achievement” of the relationship,
there have representations at local events, synod assemblies and cooperation in such areas as communications.

Bishop Pryse underscored the importance of living up to the Waterloo
commitments, saying “it is distinct; Full Communion has a kind of weight to
it, an importance, a joy that transcends ecumenical relationships.”

The Canadian example of Full Communion between Anglicans and Lutherans is one that many churches, including those in the United States, “look to with envy,” said Bishop Pryse. “We have moved further and faster than they’ve been able to.”
Full Communion between The Episcopal Church in the U.S. and the Evangelical
Lutheran Church in America came shortly after their Canadian counterparts
established theirs in 2001.

The Commission also noted that while the nine commitments spelled out in The
Waterloo Declaration remain as "guiding principles" there was nonetheless a
need to develop a "bold and tough agenda" for the future. Discussions and
plans on how to deepen the relationship are expected to emerge from this joint
meeting.

There will be simultaneous celebrations on May 1 to mark a decade of Full
Communion relationships between The Episcpal Church and Evangelical Lutheran Church in America and in Canada, the ELCIC and the Anglican Church of Canada.