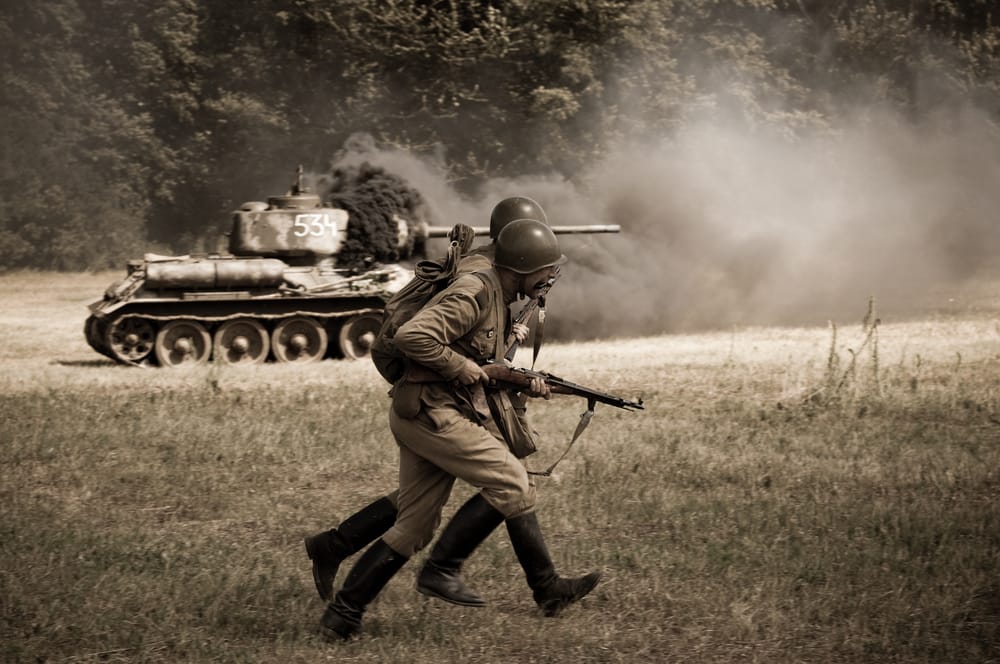 Moscow
Patriarch Kirill I of the Russian Orthodox Church and Rabbi Berl Lazar, the chief rabbi of Russia, speaking at separate ceremonies on May 8 and 9, urged Russians to heed the lessons of World War II.

The end of the war, known in Russia as the Great Patriotic War, is marked on May 9 in most of the other former Soviet republics as Victory Day over Nazi Germany. Soviet civilian and military deaths in the war are estimated at upwards of 20 million and the losses are still seared into memories here, even of those born long after the war.

Kirill, who was paying a pastoral visit to Ukraine, which makes up one of the largest and most important parts of the Russian Orthodox Church and is at the fulcrum of disputes over Soviet history, laid a wreath of chrysanthemums at a war memorial in Kharkov. The city in northeastern Ukraine, near the Russian border, was the scene of intense battles between the Soviet Red Army and the Nazis.

"At memorials devoted to those who died in the Great Patriotic War, one understands especially well how deep is the wound inflicted by the war on the body of our entire people: Ukrainians, Russians, Belarusians — all those who fought together defending a united Fatherland, who fought with the most frightening and dangerous enemy, which wanted to change the world according to its image," he said, according to the Interfax news agency.

Post-Soviet historical debate has raised questions about Soviet dictator Joseph Stalin’s role in the war and wartime losses, and brought out into the open long-taboo information about collaboration with the Nazis and even suggestions that Russia would be better today if Nazi Germany had won.

Kirill and other church leaders have strongly condemned Stalinism and the persecution of the church in the Soviet era, but the Russian Orthodox leader warned against attempts to reinterpret the memory of the war.

On May 9, he addressed war veterans who gathered at Christ the Savior Cathedral in Moscow, where a celebration was being held to mark the role of the Russian Orthodox Church in the war. After nearly destroying the church in the 1930s, Stalin revived it under strict Kremlin control, to rally the nation in the war effort.

Also in Moscow, Lazar, war veterans and students of Jewish schools on 8 May placed a wreath on the Tomb of the Unknown Soldier at the Kremlin wall in Moscow. Lazar said that Victory Day marks the day when Jews were miraculously saved from total annihilation. "That’s why we will never forget the feat of those who saved Europe from Nazism," he said.

But he also warned that "right now in Russia a gradual return of Nazi ideology is taking place." For that reason, said the rabbi, Victory Day "is not only a holiday, but a moment when we can learn some lessons from the past so as not to allow it to be repeated in the future," he said, according to the Federation of Jewish Communities of Russia.