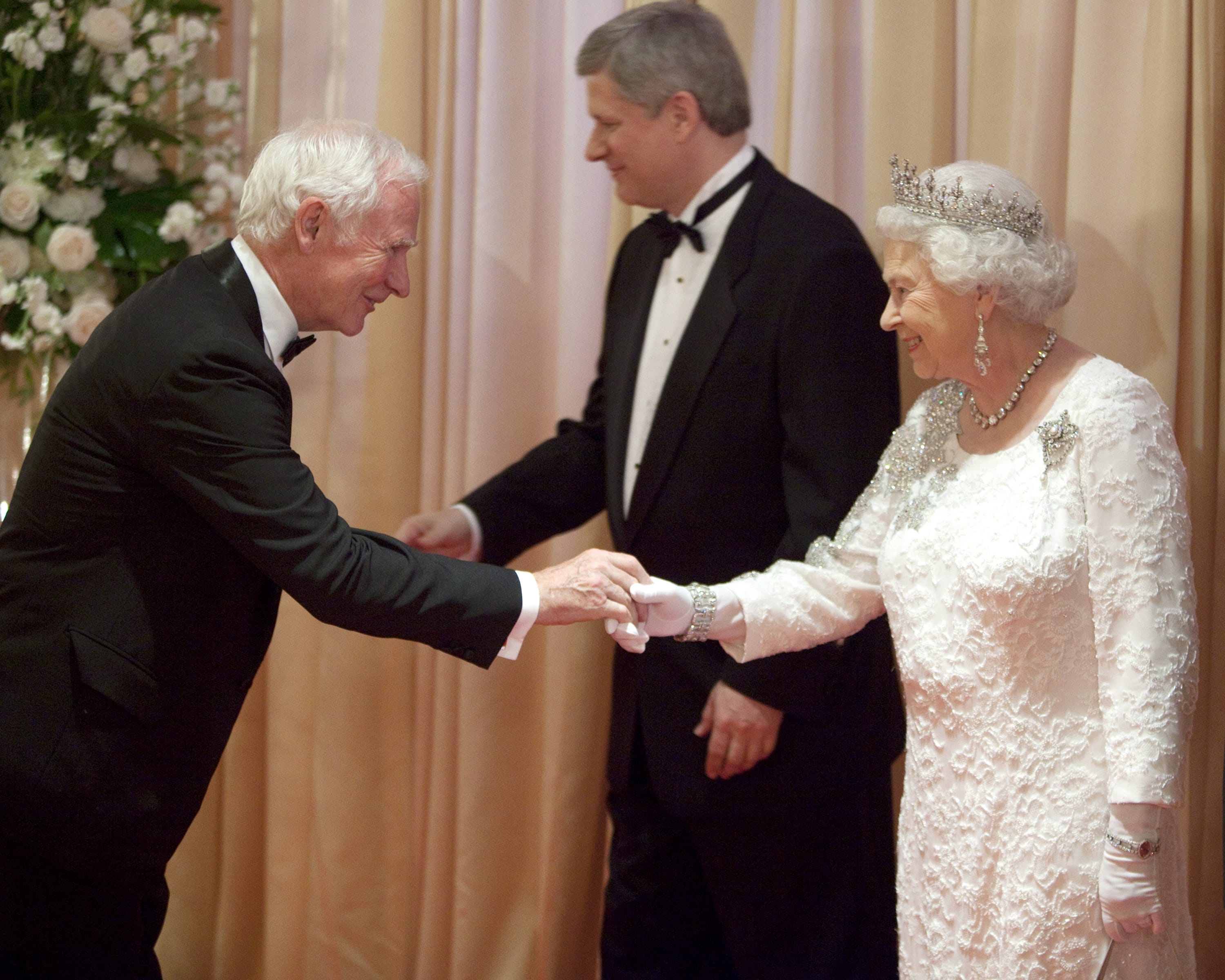 David Johnston, Canada’s governor general-designate, meets the Queen during a dinner held in her honour in Toronto on July 5, 2010. Photo: Jason Ransom

Canada’s next governor general, David Johnston, is a respected academic and lawyer. He is also Anglican.

Currently the president and vice-chancellor of the University of Waterloo, Johnston will succeed Governor General Michaelle Jean when her term ends on Oct. 1.

“David Johnston represents the best of Canada,” said Prime Minister Stephen Harper in a statement. “He represents hard work, dedication, public service and humility. I am confident he will continue to embody these traits in his new role as the Crown’s representative in Canada.”

The Globe and Mail noted that while Johnston is known for his leadership skills and has a lot of legal and policy knowledge that will put him in good stead as governor general, he will likely draw on his Anglican faith for support. It noted that in a recent  update for Harvard University, where he graduated with a degree in government and international relations (1963), Johnston had written about “a growing sense of the spiritual side of life.”

Johnston, 69, is married to Dr. Sharon Johnston, and they reside in Heidelberg, Ont.  They have five children and seven grandchildren.