Home » Much beloved bishop and human rights activist dies at 85

Much beloved bishop and human rights activist dies at 85 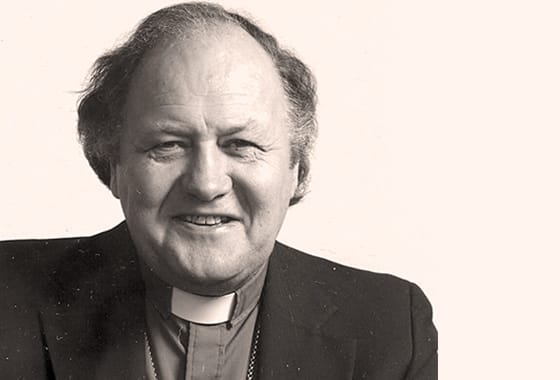 Among many things, Bishop Arthur Durrant Brown was recognized for his contribution to the development of the Caribbean community in North America.

Bishop Arthur Durrant Brown, retired suffragan bishop in the Anglican diocese of Toronto and strong advocate of multiculturalism in Canada, died Monday May 2. He was 85.

During his lifetime, he was recognized for his contribution to the development of the Caribbean community in North America. His longest stint as rector was at the predominantly black congregation of St. Michael’s and All Angels in Toronto, where he served for 17 years (1963 to 1980). Here, he turned the parish into a “home away from home” for Anglicans from the Caribbean, according to a 1999 article from The Anglican, the monthly publication of the diocese of Toronto.

In the 1980s, Bishop Brown was involved in the diocese of Toronto’s effort to respond to the shifting demographics in the city, which eventually led to the publication of No Longer Strangers: Ministry in a Multicultural Society in 1992.
He also served on many committees that addressed immigration, human rights, and race relations, including one that investigated relations between the Toronto Police Force and the city’s minorities.

On the need to combat racism, he said in an interview with The Anglican in 1993: “…We need to proclaim to society what the law of Jesus is – to love one another as I have loved you. That’s the clincher. We have a right to demand of society that that be the basis of our ethic.”

At the national church level, Bishop Brown served as chair of the pension committee and a member of the board of directors of the Anglican Foundation.

While serving the church, Bishop Brown also worked in the media. For 20 years, he was broadcaster of “Moments of Meditation” on the radio station CFRB and for 12 years, as columnist for the Sunday edition of the Toronto Sun. He was also a member of the Ontario Press Council.

When Bishop Brown retired in 1993, it was standing room only at a eucharist in St. James’ Cathedral. “Bishop Brown loves people, and people love Bishop Brown,” The Anglican noted in December 1993. The collection taken at the service was sent to the Canadian Friends of West Indian Christians, to fund social justice work in the diocese of Antigua.

Ordained deacon in the diocese of Huron in 1949 and priest in 1950, he began his ministry as rector of the parishes of Paisley, Pinkerton and Cargill, in Bruce County, Ont.

Bishop Brown was predeceased by his wife, Norma, a daughter, Karen, and is survived by three children, according to the diocese of Toronto website.