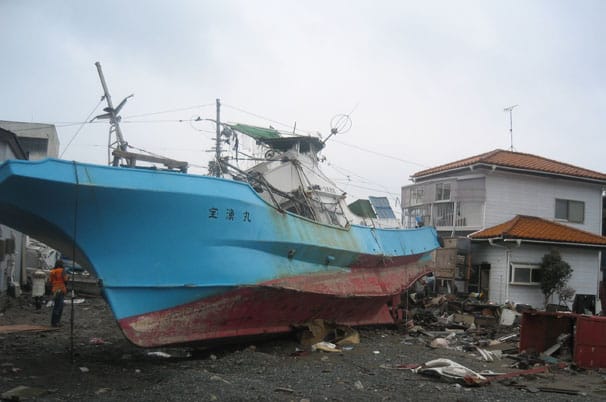 Tokyo
A Japanese church district leader has said that he wants to avoid a "tsunami of people," many of whom are well-intentioned volunteers, who want to visit the northeastern area devastated by the March 11 earthquake and tsunami.

"I would like to express my gratitude to those who bother to come to the
affected areas," said the Rev. Muneo Ohara, moderator of Ou District of the United Church of Christ in Japan, the country’s largest Protestant denomination.

However, he added, clergy and congregations are being overwhelmed by volunteers. Writing on the district’s official Japanese blog on May 2, he said, "the earthquake occurred, and the tsunami came. We could escape from the tsunami. We were saved. But after that, a tsunami of people surged. We cannot escape from it."

He added, "this voice is earnest. I know that it is impolite to say this. But please forgive me … To be honest, please do not go out [to visit there]."

A holiday known as Golden Week runs from April 29 to May 8 and includes four national holidays and two weekends. Seats on the high-speed bullet trains between Tokyo and the northeast region are sold out during the holidays. The trains came back in service on April 29. About 14,700 people were killed by the March 11 disaster, with about 10,700 listed as missing.

Ohara also indicated that his people are affected by constant questions about the disaster. "For those who visit the affected churches, please do not ask the pastors and church members to explain [what happened after the earthquake]. They ask for the explanation one time, but those who tell the story have already told it many, many times, which make them feel painful. Please leave them alone," Ohara said.

The district has local churches in Iwate, Aomori, and Akita Prefectures. While the impacts of the disasters have been enormous, most of the congregations in the district have less than fifty members and find it difficult to respond beyond their capacity to many people who come to help them.

The blog reported that at one of the congregations, Ofunato Church, in Iwate Prefecture, the pastor has no time to rest. It was also reported that their daily work has been affected by accepting many volunteers. "We certainly need many people [to help us], but we want to avoid any more church members collapsing," the report said.