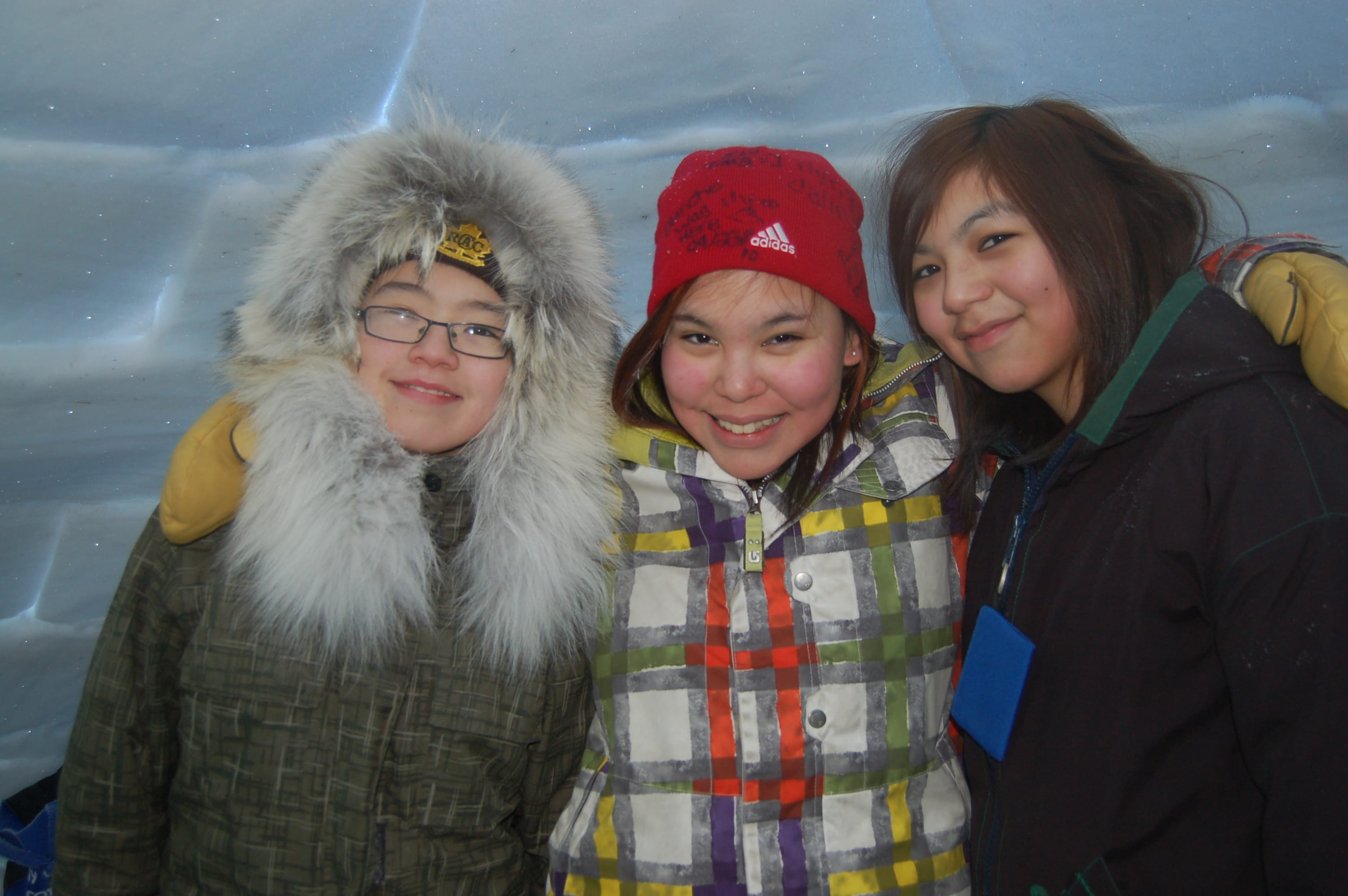 Grade nine students from Tusarvik School in Repulse Bay, Nunavut, donned their aprons on March 18 and baked up a storm for a good cause: raising money to help end global hunger.

In less than hour, with help from the community’s phone-in radio station, they sold almost $400 worth of cinnamon buns, cupcakes and tarts.

The money was donated to Canadian Foodgrains Bank, a Winnipeg-based Christian group that provides food and aid to developing countries on behalf of 15 churches in Canada. The Primate’s World Relief and Development Fund (PWRDF), the relief and development agency of the Anglican Church of Canada, is a member.

In a press release, Canadian Foodgrains Bank captured the meaning of the event for the students and the community of 900 people, who live in a hamlet located on the Arctic Circle.

“It’s the Inuit way to share,” said Pauline Kridluar, one of 13 students who took part. “Cooking today was like that.”

The bake sale “made me feel great because we need to help people,” said Lucy Siusangnark.

“It’s good to make money for places where bad things have happened and where people don’t have enough to eat,” said Matilda Putulik.

The bake sale came as after the students learned about how hunger affects one billion people around the world.

The students’ teacher, Mary Ellen Cain, said she was not surprised at their willingness to act. “I see how generous people here are with others in the region, and how they send char and caribou to other communities. This bake sale is another reflection of this generosity,” she said.

Repulse Bay’s tight-knit community of Iglulik Inuit “is an interesting place to think about food needs,” said the Canadian Foodgrains Bank’s press release.  For most of the year it is only accessible by air and during the short summer season, by barge. “The cost of food at the community’s two stores reflects these transportation realities.”

But while the price of goods flown in from afar are incredibly expensive, “country food” such as caribou, arctic char, whale and ptarmigan are abundant and are shared freely, even with other communities.

“Many people in Repulse Bay see that God has really blessed this land and see that its richness in wildlife is from God,” said Cain.

PrevPreviousGuest Reflection: A rose by any other name
NextA decade of of Full CommunionNext