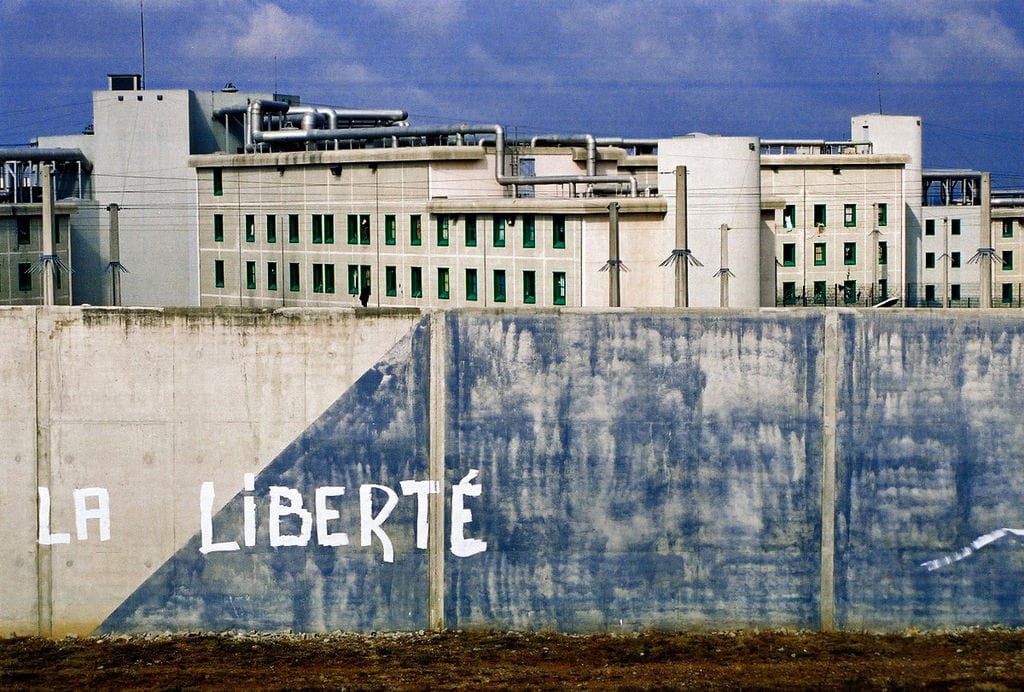 French Protestants to focus on support for chaplains working in correctional facilities such as Villeneuve-les-Maguelone Prison near Montpellier. Photo:Xavier Malafosse, Wikimedia Commons

In a bid to reduce tensions with other religious groups and to highlight challenges, the Protestant Federation of France has turned the spotlight on chaplaincy this year.

At the group’s General Assembly on 21 and 22 January in Paris, members examined the issues chaplains face in hospitals, prisons and the military and urged member churches to take steps to support chaplains’ work.

Pastor Claude Baty, president of the federation, told ENInews that a key concern was the tensions in some sectors between Protestant chaplains and those from the Catholic Church. He said that as the number of practising Catholics decline in France, the Catholic Church was "worried" about losing its traditionally dominant position, including in the area of chaplaincy.

"Catholics come from a position of total dominance, and they are afraid as they see this changing," he said in an interview. "There must now be place for everyone."

According to polls, some 64 percent of French people identify themselves as Catholics, down from 81 percent in the 1960s, but less that 10 percent say that they practice their religion. About three percent identify as Protestant. During the 16th and 17th centuries, Protestants were persecuted in France, causing thousands to flee, and lingering feelings of resentment are still in evidence.

The Protestant Federation said there are about 100 of their chaplains working in hospitals in France: visiting patients, working with medical staff, counseling people with terminal illnesses and contributing to ethics policy. They work alongside representatives of the Catholic, Jewish and Muslim faiths and hope for greater cooperation, according to Pastor Isabelle Meykuchel, head of the chaplaincy service for health and socio-medical issues.

"Spirituality is a great part of health care, and it’s very important to take into account the role of chaplaincy in hospitals," she told ENInews. "We want to put in place meetings between the national chaplaincy services."

She said that in Lyon, where she was previously based, the chaplains from different religions worked well together and had drawn up a charter to reinforce this cooperation. "We hope we can achieve the same level of cooperation in Paris and elsewhere," she said.

The federation is also seeking to draw attention to chaplains’ work in the military, particularly with French soldiers who serve in Afghanistan. Some of these soldiers have returned home with life-altering injuries but the problems they face are not publicly discussed, the federation said.

"Why is there this media silence concerning the wounded soldiers that return?" asked Pastor Brice Deymie, head of the chaplaincy service for justice and prisons.

Deymie said the federation would like to promote more discussion about "restorative justice," which should involve victims and perpetrators and be an essential component of all "punitive justice." As the presidential elections draw near in France (April and May), restorative justice has become an issue among some politicians.

Meanwhile, in one sign of working together, Protestant and Catholic chaplains along with their Muslim, Jewish and Orthodox counterparts have expressed concern about a decree by the French Justice Ministry that wants religious groups to identify salaried chaplains and volunteers working in prisons, and to give more information about their affiliation, remuneration and the services they provide.