Dialogue renewed with the United Church 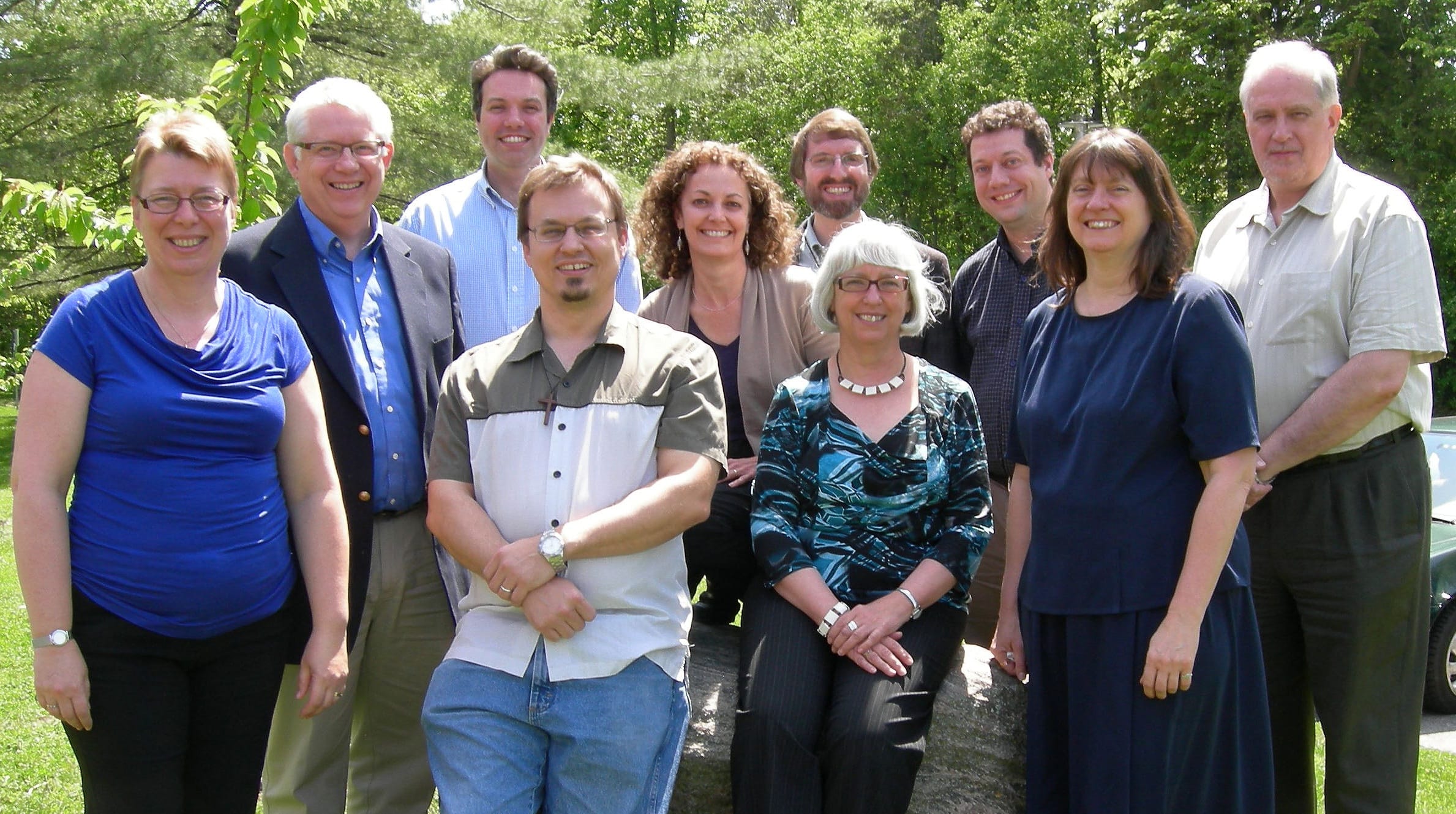 Members of the new Anglican-United dialogue pose on the grounds of St. John’s Convent and Guest House in Toronto. Photo: Courtesy Bruce Myers

The Anglican Church of Canada has entered a new round of dialogue with the United Church of Canada. The aim is to explore ways in which the two churches can work together for more effective ministry and mission.

"Much of the impetus for these conversations is coming from the grassroots of our two churches," says Archdeacon Bruce Myers, the Anglican church’s coordinator for ecumenical relations. "Many communities across Canada are served by ecumenical shared ministries in which Anglicans and United church people and clergy work and worship side by side. They’re asking our churches’ leadership to find ways to facilitate such cooperation in mission and ministry."

To that end, 12 new representatives from the two denominations met in Toronto May 14 to May 17 at St. John’s Convent, the headquarters of the Sisters of St. John the Divine. In addition to theological conversation, the group shared common prayer, meals and fellowship.

At the request of the 2010 General Synod of the Anglican Church of Canada, and with the agreement of the United Church’s Theology and Inter-Church Inter-Faith Committee, this latest series of talks is focusing on “the doctrinal identities of the two churches and the implications of this for the lives of the churches-including understandings of sacraments and orders of ministry.”

The current phase builds on six years of formal conversations, which concluded in 2009. The results of these discussions were reported in Drawing from the Same Well: The St. Brigid Report.

"The first meeting of this new round was very encouraging," says Myers. "Both churches have appointed outstanding individuals who are both steeped in their own church’s tradition and also open to real dialogue. During that first gathering, I think we were reminded that despite our differences, there is still so much more that we have in common as churches and as followers of Christ, and that the things that unite us are far greater in number and importance than those things that divide us."

That said, the two denominations must address and try to reconcile existing differences. "What the end result of that will be, only God knows," says Myers. "At this point, the dialogue is being deliberately ambivalent about setting any kind concrete goals or objectives for these conversations. We want to be open to the Holy Spirit’s leading about what unity between us might look like."

Myers is hopeful that models for a closer relationship between the two churches will emerge from these discussions. The two organizations are already partners in a number of multilateral ecumenical initiatives, especially in the area of social justice. In Edmonton, for example, they worked together to establish the ecumenical Inner City Pastoral Ministry.

But what about lingering memories of the failure of the 1975 Plan of Union to merge the two churches into one: is it hovering over these new dialogues? "I think the failure of the plan to organically unite the Anglican and United churches in Canada was felt more acutely in the first round of this dialogue in 2003, which was the first time since the plan failed in 1975 that our two churches had engaged in a formal conversation," says Myers. "There were feelings of disappointment, grief and frustration that needed to be acknowledged and expressed, especially on the United church side."

The United church was understandably aggrieved when the Anglican church abruptly ended the union negotiations and soon initiated conversations with the Evangelical Lutheran Church in Canada. "For some in the United church, it seemed as if we Anglicans had danced with them, then left them at the altar and began dancing with somebody else," Myers concedes.

Venting and validating those feelings was a necessary step before the Anglican-United dialogue could move forward. "That was a part of the 2003 to 2009 round. This new round acknowledges our failed merger of 1975, but the failure doesn’t loom on everyone’s shoulders like some kind of black raven," he says. "Both of our churches have changed since 1975-and so has the context in which we exist as churches-and it’s against that new backdrop that these conversations are taking place."

Still, there are stumbling blocks and sticking points aplenty. Although both are sacramental churches engaging in diaconal, presbyteral and episcopal ministries, there are differences in the ways in they celebrate the sacraments, select, train and order sacramental ministers, and exercise the ministry of oversight.

"The reality of our present situation is that there is no real mutual recognition of ministries between our two churches," notes Myers. "An Anglican priest who moves to the United church is not ordained again; she or he is received as a validly ordered minister of word and sacrament. However, the reverse is not the case."

This new series of talks will focus on the related topics of sacraments and ministry. The representatives will resume the dialogue in January 2013 in Vancouver, focusing on how each church’s doctrine, worship and life are informed by credal statements