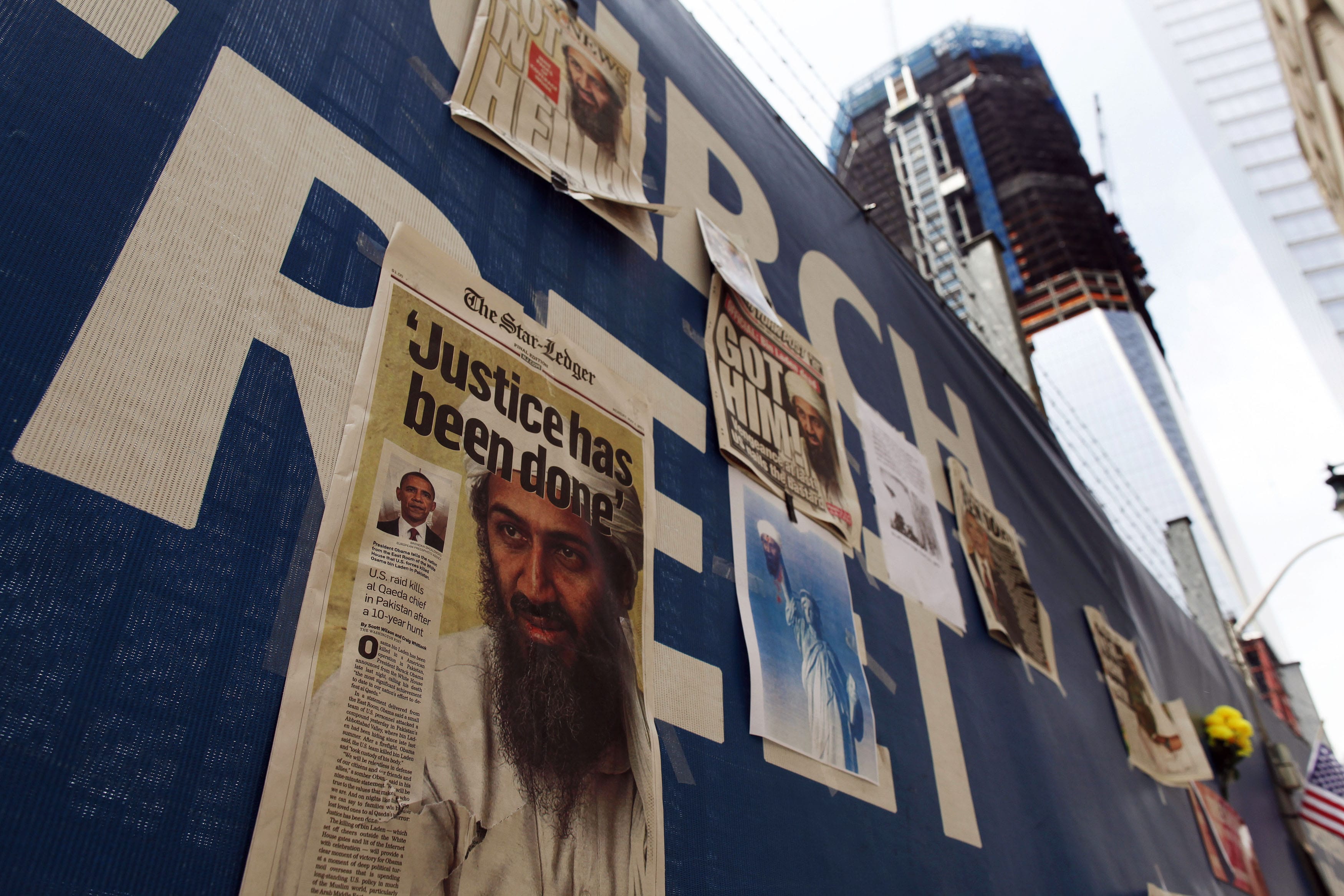 Considered the mastermind of the September 11, 2001, attacks on the World Trade Center in New York and the Pentagon in Washington, D.C. that killed nearly 3,000 people, bin Laden was killed by United States forces in Pakistan, U.S. President Barack Obama announced on May 1.

Some Muslim groups welcomed the news, with several stressing that bin Laden did not represent the values of Islam. “We hope his death will bring some relief to all the families of every faith and walk of life who lost loved ones on 9/11 and in every other terrorist attack orchestrated at the hands of Osama bin Laden,” the Islamic Society of North America said in a news release.

Similarly, the Washington-based Council on American-Islamic Relations (CAIR) issued a statement saying, “As we have stated repeatedly since the 9/11 terror attacks, bin Laden never represented Muslims or Islam.  In fact, in addition to the killing of thousands of Americans, he and al-Qaida caused the deaths of countless Muslims worldwide. We also reiterate President Obama’s clear statement … that the United States is not at war with Islam.”

In the United Kingdom, Mohammed Shafiq, chief executive of the Ramadhan Foundation, a Muslim youth organization, expressed regret that bin Laden had not been captured and tried: “It would have been more suitable for him to be captured alive and put on trial in an international court for the crimes he has committed.”

Egypt’s Muslim Brotherhood also said bin Laden and his organization did not represent Islam and called for the United States to leave Iraq and Afghanistan following his death. Killing bin Laden will stem terrorism and eliminate one cause of violence in the world, Brotherhood spokesman Dr. Essam Al-Erian said in a statement. The Muslim Brotherhood “believes it is time for Obama to withdraw forces from Afghanistan and Iraq and end the U.S. and Western forces’ occupation across the world and Islamic countries.”

Palestinian Authority Hamas Prime Minister Ismail Haniyeh, however, condemned the killing in a statement. “We regard this as a continuation of the American policy based on oppression and the shedding of Muslim and Arab blood,” he said. While doctrinal differences existed between Hamas and al-Qaida, Hamas “condemn[s] the assassination and the killing of an Arab holy warrior. We ask God to offer him mercy with the true believers and the martyrs.”

Christian leaders cautioned against applauding a death while acknowledging bin Laden’s role in killing others. “Nobody should wish to rejoice at the death of a man, but the world will rejoice if recent events prove to be a vehicle to reduce the level of violence and hatred in the world,” a Vatican Council of Bishops official who asked to remain anonymous told ENInews. “We pray for the soul of Osama bin Laden and for the souls of all those killed in violence, and ask God for the blessing of peace.”

At the Vatican, the Rev. P. Federico Lombardi, director of the Holy See Press Office, likewise sounded a somber note. “As we all know, Osama bin Laden has had an extremely serious responsibility for the spreading of hatred and for creating divisions among peoples, causing the deaths of countless people, and exploiting religion for his ends,” the statement said. “Confronted with the death of a man, a Christian never rejoices, but rather reflects on the serious responsibilities that each of us has before God and our fellow man, and he hopes that every event proves to be an occasion not for the continued growth of hatred but for peace.”

The American Jewish Committee, an international think tank and advocacy organization, welcomed the news. “We express our heartfelt admiration and appreciation to the United States government for the relentless pursuit of bin Laden, who had the blood of thousands on his hands,” Executive Director David Harris said. “This is an extraordinary moment for all concerned about the fight against international terrorism. It sends an unmistakably powerful message of American resolve to go after those who would wreak human havoc in the name of their perverted hatred, packaged as fanatical faith.”

Emmanuel Sivan, a history professor at Hebrew University in Jerusalem, also sounded a cautious note. “The moral victory of the United States is clear to all, but we have to remember that that Islamic fundamentalism does not begin and end with one man,” he said. “However, the likelihood that we will see a ‘day of anger’ in the Arab world following the assassination of Osama bin Laden is low, as many Arab states are immersed in their own internal problems right now.”

Members of Pakistan’s minority Christian community, however, expressed concerns about a possible backlash following bin Laden’s death. “We do not want to make any comments on this. We are worried about the safety of our people,” Victor Azariah, general secretary of the National Council of Churches in Pakistan (NCCP), told ENInews from his office at Lahore.

Peter Jacob, executive secretary of the Commission for Justice and Peace of the Roman Catholic church also declined to comment, explaining, “We do not want to evoke any negative reactions.”

Meanwhile, Archbishop Lawrence Saldana, who recently retired as president of the Catholic Bishops Conference of Pakistan, called for safety for Christians following bin Laden’s killing. “We are a soft target as they cannot attack America. We demand security. The government should control any retaliation,” Saldana said, quoted by Bangkok-based Union of Catholic Asian News.

But he expressed hope that things would improve. “Many looked on bin Laden as a hero of the Islamic revolution,” Saldana told the news service. “But he was a role model of extremism and a threat to world peace. His death will change the complexion and decentralize as well as demystify extremism.”