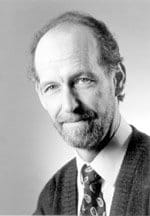 SOMETIMES, the most visible silver lining around a dark and gloomy cloud is the unalterable courage of people placed in an impossibly difficult or painful situation. We salute, this month, the people of the diocese of Cariboo and we salute Jim Cruickshank, their valorous bishop, on the eve of their demise as a distinct Anglican diocese.

Bishop Cruickshank has walked through this disaster providing, throughout, exemplary leadership to his people and vision from the experience to the wider church. We accept all the statements made by Anglican clerics and officials that there is so much more to the church than the organizational and bureaucratic trappings of a diocese. Nonetheless, despite our rejoicing in the spirit and the heart that clearly remains, we mourn, shamelessly, the passing of those trappings and of that bureaucracy.

We cannot know all of the practical and soulful implications of what is happening in this western diocese, and yet we mourn for each and every Anglican parishioner whose heartstrings have been pulled by these events.

We honor David Crawley, Archbishop of the ecclesiastical province of which Cariboo is a part, for the lengths to which he has gone to ensure that everyone in Cariboo, from bishop to priest to parishioner will not be cast adrift, but rather continue to receive whatever ministry and pastoral support is required through his good offices.

We mourn for Cariboo, and we admit frankly that although this newspaper reported a year ago that the end of the diocese was sealed and delivered, we hoped that it would not be so. Hope sprang, if not eternal, then at least for a year. And not in our own breasts alone, it seems. “We had high hopes that negotiations would be more favorable,” Bishop Cruickshank is quoted as saying elsewhere in this issue of the Journal.

Now the hope has effectively gone. For although the diocese of Cariboo has granted itself a slight extension in its existence, beyond the previously reported date of October 15 as a deadline for winding up, its fate is now described as inevitable by the end of the year. And we mourn the severing of this limb from the Anglican Church of Canada. The delay itself is a testament to the stature of the people of Cariboo and of their bishop. It is born of a desire to do things well, like a stalwart Christian insisting on a hand in planning his or her own funeral so that things are done right.

And with the passing of hope, as always, a kind of innocence may have left us. Who would have believed that the politicians and bureaucrats in Ottawa would let it come to this? Who would have thought that politics and expedience would so vainly make toys and mere instruments for policy of the people of Cariboo?

We mourn and we wonder. What, after all, to think, of a government that says one thing and then behaves in outrageous contradiction to its own statements? It is as if the head, which issues commands, and the body, which ought to execute them, had become separated in a ghastly way.

In the case of Cariboo, Ottawa apparently believed until beyond the 11th hour that the church was indulging in rhetoric when it pronounced the diocese in extremis. Ottawa must have believed that the beleaguered diocese would be saved at the last minute, though by what means is impossible to say.

No assurances on the part of the church that this was impossible seems to have made much of an impression. If an individual with whom we had to deal on a daily basis was guilty of saying one thing while behaving in a way that gave the lie to the rhetoric in this way, that person would be dismissed as irrelevant.

There is a tiredness in the voice of Bishop Cruickshank as he speaks to the Journal in this issue. “We just cannot fight anymore – there comes a time when you have to stop,” he says. His resignation is both heroic and tragic.