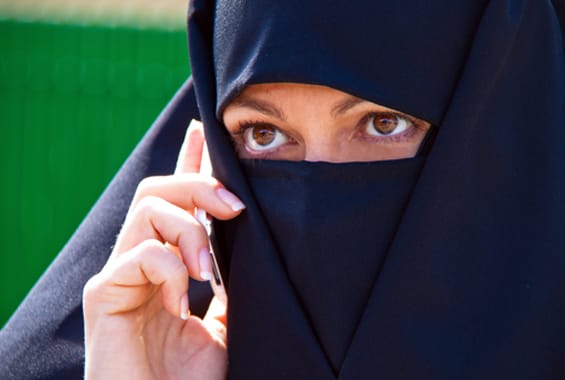 Belgium is the second European country after France to ban the wearing of burqas in public. Gina Sanders

Christian organizations in Belgium have had mixed reactions to a criminal code amendment making the country Europe’s second to ban the Islamic veil, or burqa.

"We’re against this ruling, since it violates basic human rights," said Kristine Jansone, general secretary of the Brussels-based Ecumenical Youth Council in Europe. "Although I can’t speak on behalf of all our member-groups, I think it’s the general consensus we should oppose a measure which will clearly impede the free practice of religion."

The new Code provision, approved on 28 April, imposes fines of 137.50 Euros and jail terms of up to a week for women caught wearing the burqa in public.

Jansone said her Council had worked to promote an "open attitude to Islam" within Christian churches, and did not expect ties with Muslim organizations to be affected by the ban.

However, an Orthodox bishop backed the restriction and said Christian doctrine held that "human beings are created with faces" and should be able to look at each other "to be a full person."

"As Orthodox Christians, we’re experienced in having to respect the rules of the country we live in," said Bishop Athenagoras Peckstadt, representative of the Orthodox Ecumenical Patriarchate in Belgium. "Most of those who wear the burqa do so because they are obliged to. Isn’t this itself a violation of human rights?"

The ban was condemned as discriminatory by the International Imam Organization, which said in a 20 July statement it was "not only distressing but disgraceful for the Islamic community residing in the country as well as outside," and warned it would "create more tension between Islam and the West."

Meanwhile, the Council of Europe’s Human Rights Commissioner, Thomas Hammarberg, deplored the ban as a symptom of "Islamophobia and anti-Muslim prejudices which continue to undermine tolerance in Europe," and said it was more likely to "stigmatize" Muslim women and lead them to avoid public places, such as hospitals and government offices.

"We react strongly against any regime ruling that women must be dressed in full-cover veils. This is absolutely repressive and should not be accepted," Hammarberg said in a 20 July website commentary. "However, the problem is not solved by targeting and penalizing the women."

A spokesman for Belgium’s Roman Catholic Bishops Conference, Geert Lesarge, said his church had not been consulted about the burqa ban, and had no official opinion about the measure or its possible impact on inter-faith relations.

Philippe Chevalier, director of Belgium’s Brussels Inter-Church Committee, said he believed the total concealing of faces was "unacceptable and unrealistic," but said the ban would concern only a tiny proportion of Belgium’s 600,000 Muslims.

Belgium is the second European country to ban the public wearing of the burqa after France, which enforced a prohibition on 11 April. At least 30 French Muslims have since been fined or prosecuted, according to a July report from the Open Society Foundation, while others have complained of verbal and physical abuse.

Similar bans are under consideration in Austria, Denmark and the Netherlands, as well as in Switzerland, where citizens voted in a November 2009 referendum to ban the building of minarets.

"Christian churches should speak up in defense of Muslim rights as a means of self-protection," said Jansone, who believes greater efforts should be made to "provide a relevant infrastructure for Muslims to participate in society