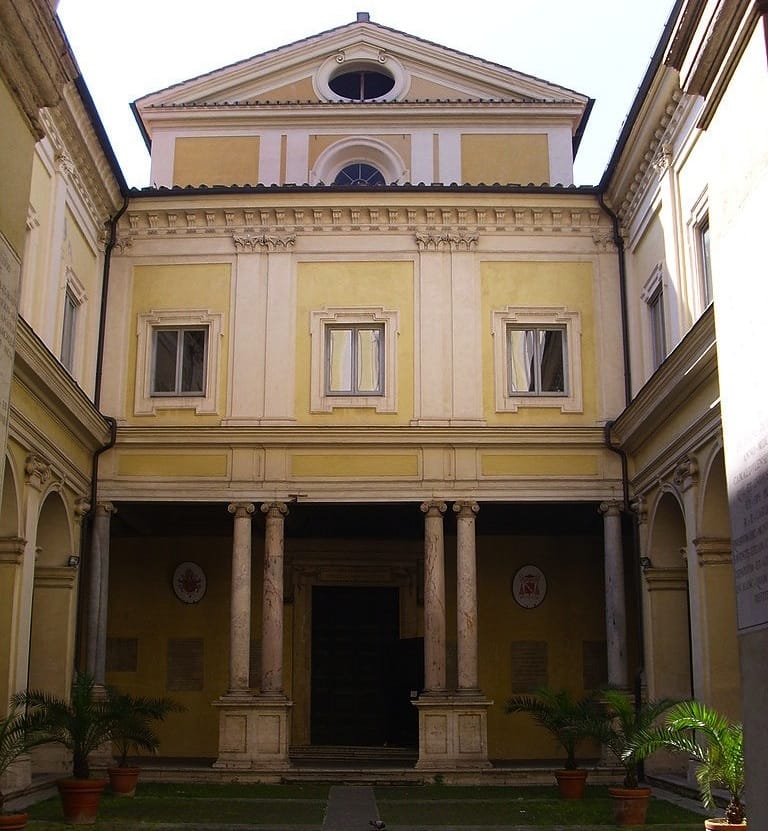 The ancient Roman monastery on the Caelian Hill was the place from which Gregory sent St. Augustine of Canterbury to Britain in the late 590s. Photo: Nicolo Musmeci

In recognition of the close connection between Pope St. Gregory the Great and the Church of England, Italy’s Camaldolese (Benedictine) monastic family has invited the Archbishop of Canterbury to take part in celebrations of its 1,000th anniversary in Rome this week.

The ancient Roman monastery on the Caelian Hill, which bears the name of Pope St. Gregory the Great, was the place from which Gregory sent St. Augustine of Canterbury to Britain in the late 590s. The order has occupied the Camaldoli monastery buildings at San Gregorio since 1573.

After a private meeting earlier in the day, the two prelates will travel to San Gregorio to join the resident monastic community there for vespers, during which the Archbishop and the Pontiff will each deliver a homily and light candles together in the Chapel of St Gregory the Great.

(The text of the Archbishop’s homily will be available at www.archbishopofcanterbury.org on Mar. 10, as of 11 p.m., EST.

Saturday’s vespers will mark the third time in recent decades that a Bishop of Rome and an Archbishop of Canterbury have shared a liturgical celebration in this historic setting. The previous occasions both occurred during the pontificate of Pope John Paul II—during the Sept. 1989 visit of Archbishop Robert Runcie, and the Dec. 1996 visit of Archbishop George Carey.

On Sunday, Mar. 11, the Archbishop will celebrate and preach at a eucharist at St. Paul’s for the Anglican parishes in Rome.

Despite differences over the ordination of women and despite the establishment of a Roman Catholic ordinariate for dissatisfied Anglicans, the two denominations continue to strengthen ties. In June, the choir of Westminster Abbey will perform at a papal mass at St. Peter’s Basilica.