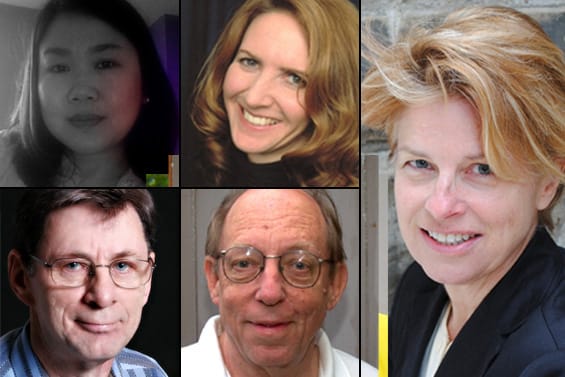 The Anglican Journal has launched a new website to better deliver up-to-the-minute news and views from General Synod 2010.

The triennial meeting of the Anglican Church of Canada takes place in Halifax from Jun. 3-11.

With new features such as commentary, blogs, slideshows, videos, the Journal has also assembled a team of reporters to deliver continuous coverage 24/7 with news stories, commentary and analysis, photographs and short video interviews throughout the day.

A print-out of each day’s website content will also be distributed to delegates each day at noon. Copies can also be picked up at the Anglican Journal booth, just outside Plenary Hall.

The website has a cleaner look and increased functionality will allow the Journal to better capture the mood and atmosphere of the proceedings. “A lot of what happens at synod is based on informal conversation, not just decisions being made on the plenary floor,” says Neale Adams, a veteran reporter and delegate to General Synod 2007.  “That means talking to a lot of people.” This time around, Adams will be writing his reports in the form of a blog on anglicanjournal.com.

Members of the Anglican Journal team at General Synod 2010 include:

Kristin Jenkins is an award-winning writer and editor and 30-year veteran of corporate publishing. She has held senior executive positions at a number of national newspapers and magazines, including, Chatelaine, FLARE, TV Guide, The Medical Post, Healthwatch and Owl Canadian Family. She has also been a contributor to the Globe and Mail, the Toronto Star, Macleans, Canadian Living and numerous other Canadian media. Jenkins joined the Journal as editor in July 2009.

Staff writer Marites (Tess) Sison joined the Anglican Journal in December 2003. Ms. Sison is an award-winning journalist who has worked with the World Press Review in New York and the New York Times in its Jakarta, Bangkok and Hong Kong bureaus. She has also been a contributor to CBC Radio, Toronto Star, and the Toronto Sun. From 1987 through 2003, she was a fellow with the Philippine Center for Investigative Journalism and she has authored and co-authored several books.

Leigh Anne Williams began working for the Anglican Journal part-time in 2008. Prior to that, she worked as a reporter for the Canadian bureau of TIME Magazine. She has also worked as a copy editor at The Halifax Herald, The Globe and Mail, The Bay Street Bull and as news editor of Quill & Quire. When she isn’t writing for the Journal, she works as the Canadian correspondent for Publishers Weekly, a New York-based trade magazine for the book publishing industry.

Art Babych is a veteran radio, television and newspaper reporter/editor and 12-year member of the Parliamentary Press Gallery. As editor of Crosstalk, the newspaper of the diocese of Ottawa, Art has won several top photography awards from the Associated Church Press (United States) and the Canadian Church Press. In 2007, Art attended General Synod in Winnipeg as a member of the Anglican Journal team.

Despite a few attempts to escape, Neale Adams remains Anglican, having embraced the via media since the cradle. For nine years he was communications officer for the diocese of New Westminster (Vancouver) and editor of Topic, the diocesan newspaper, among other duties. Prior to that, he worked in both private and public television, and was a reporter at the Vancouver Sun for 10 years. In 2007, he was a lay delegate to General Synod. Last year, Neale retired and now lists his occupation as grandson watcher and husband. He worships at Christ Church Cathedral in Vancouver