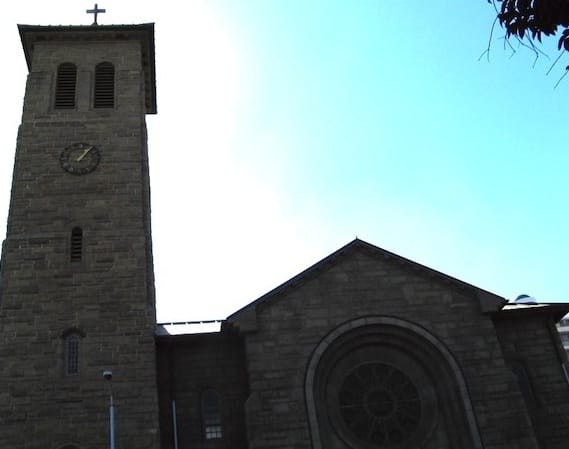 The Anglican Church in Zimbabwe has been embroiled in a fight over church assets with the former bishop of the Harare diocese, Nolbert Kunonga. Photo: Lakis Fourouklas

Harare, Zimbabwe-Zimbabwe’s high court has ordered Anglican Church staffers back at a mission hospital from where they were evicted by an excommunicated bishop last month and order another renegade bishop to hand back control of a church building.

Former bishop for the Harare diocese Nolbert Kunonga evicted nurses, teachers and office staff from Daramombe mission south of the capital in a series of property grabs before an Oct. 9 visit from Archbishop of Canterbury Rowan Williams.

On Oct.12, High Court Justice Chinembiri Bhunu ordered that the staffers be reinstated and Kunonga refrain from interfering with Daramombe. "Any of the staff members who may have been removed are to be reinstated in their previous occupation and workstations pending determination of the final order," the judge said.

In August, the Supreme Court gave Kunonga control over church assets that he claimed belonged to an offshoot he formed with a handful of followers after he was excommunicated from the Anglican Church.

In a separate ruling on Oct.10, high court judge Tendai Uchena ordered excommunicated bishop Elson Jakazi, an ally of Kunonga, to "restore possession, control and use of the All Saints Zimunya Church" to the diocese of Manicaland or receive a three-month jail term.

Bishop Julius Makoni, the current bishop of Manicaland, who represented the Anglican Church in the case against Jakazi, said the high court decision was good news in the wake of Williams’ visit. "We are delighted that the courts have ruled in our favour coinciding with the Archbishop of Canterbury’s pastoral visit to Manicaland [province]," Makoni said.

But Takavafira Zhou, a social scientist at Masvingo State University, said there was no reason to rejoice yet. "These rulings which came concurrently with Archbishop Williams’ visit may just be a cloak to cover up and create the impression that there is respect for the rule of law," Zhou said.

"I don’t see much hope until there is a bold decision to tame the rogue bishops and their cronies. Until Kunonga is brought to book and as long as he enjoys the support of [Zimbabwe president Robert] Mugabe and his party, I don’t see much hope," Zhou said.

The Anglican Church in Zimbabwe has been embroiled in a fight over church assets with Kunonga, a Mugabe supporter. Williams, during his visit, gave Mugabe a file documenting attacks on Anglicans and called on him to stop them.