Home » You see them heal’

You see them heal’ 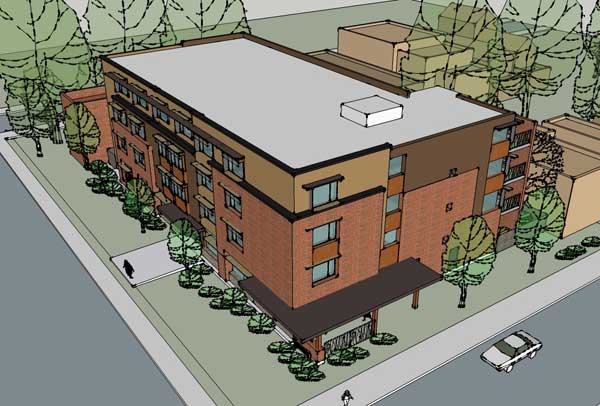 For most of her life, Sue Garvey has felt a responsibility to help women overcome poverty, especially when it results in homelessness. She will tell you that everybody needs a permanent home to feel secure and to have a sense of self-worth. “The minute they move into housing, you see them heal,” she says of her experience with women and children who are the direct recipients of community-building efforts.

For the past 14 years, Garvey has worked tirelessly in Ottawa as the director of Cornerstone Housing for Women. She oversees three residences: an emergency shelter that provides a bed for 55 women each night, and two permanent housing facilities that provide 26 units. Now, thanks to her persistence over the last five years in particular, a new 42-unit apartment complex is scheduled to open in the spring of 2011.

“It will be similar to a retirement home,” says Garvey. The four-storey facility will consist of 20 seniors’ apartments and 22 affordable housing units—all fully accessible to people with disabilities.  Groundbreaking ceremonies are scheduled to take place in March.

Cornerstone’s reputation within Ottawa as well as inside the federal and provincial legislatures is largely the result of Garvey’s persistence. The proposed $11-million facility has already received the assurances of $9 million in government funding. Cornerstone needs to raise $2 million, and at press time, that campaign was set to be launched on Jan. 21 at Christ Church Cathedral in downtown Ottawa. Major donors are stepping forward, fundraising events are being held across the diocese and parishes are being encouraged to sponsor a room in the new facility at a cost of $5,500. “It is a very tangible way for parishes to become involved in Cornerstone,” she points out.

The cost covers furnishings, part of the construction of individual units and a proportional cost of construction of common areas. Two parishes—St. Matthew’s and St. John March—have signed on and several other parishes are working out details. In some instances, parishes are simply adding the $5,500 cost to their budgets while in other cases they are undertaking fundraisers.

Garvey credits her “deep Christian roots” and the influence of an aunt who was a social activist in Brazil with her passion for helping others. She received her Master of Social Work from Carleton University in Ottawa and worked with a number of low-income housing organizations in Ottawa before coming to Cornerstone.

Garvey has been married for 25 years to Larry Garvey, who works for the diocese of Ottawa at Centre 454- Anglican Social Services. Their son, Daniel, 21, works in a shipping and receiving facility on an airbase in Afghanistan and has become the subject of much prayer back home.

Keith Knight is a communications consultant and former interim editor of the Anglican Journal.