Home » You can go home again

You can go home again 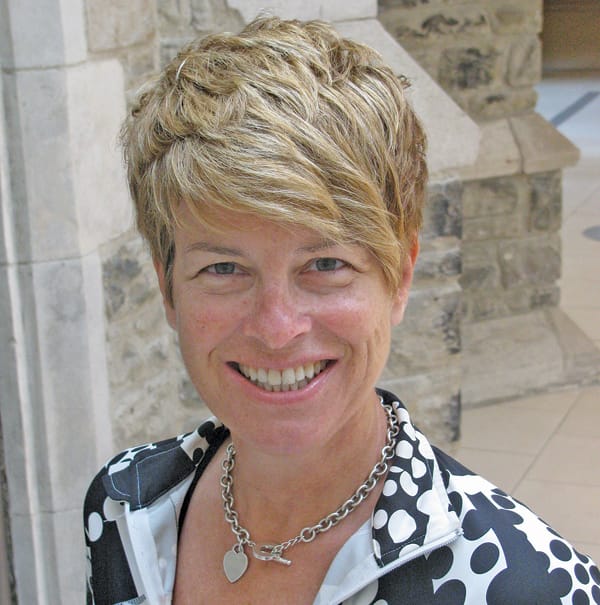 The year was 1976. I wore Frye boots, a jean skirt and waist-length hair that fell over my left shoulder in a single braid. I had just graduated from the University of Western Ontario with a degree in English. Now, I was moving to Toronto after landing a much-coveted job at Maclean-Hunter, then one of the oldest and most-respected publishing companies in Canada.

Every morning, I woke up crying. Just three weeks earlier, my father had died suddenly, felled by a brain aneurysm at the age of 51. After years of family turmoil and then acrimonious divorce, I was just getting to know him. Now, my hopes for a new relationship had evaporated into thin air. The acute pain seemed almost unbearable.

My father always said that life-changing events happen in threes and he was right. I realized after I returned home from his funeral that I was not going to marry the young man who had proposed to me in second year.

Since he was also my closest friend, he helped me pack everything I owned and stow it into the back of his Volvo. Then he drove me into The Big City. He didn’t stay long. After we’d said goodbye and the door had closed, I sat down on the floor, surrounded by boxes. In two days, I was starting a new job in a strange city where I knew no one. I cried some more.

In 2010, after 34 years of living and working in Toronto, I moved back to the place where I was born, the place I’d fled when I was 18, vowing never to return. Too many bad memories. Too many ghosts.

Now that I had outlived my father, however, the fear that I would not survive my 50s had passed. With a homing signal in my gut humming louder than I could ignore, I packed all my worldly goods and with the help of a professional moving company and a rather large van, returned to Belleville.

Well, sort of. I live there on the weekends, arriving by train every Friday evening and returning to my job in Toronto on Monday morning. But in between, my time is my own, and I use it to do all the myriad things that one does to create a new life when everyone around you already has one.

I’m learning lots. Most of it is coming out of left field, of course, but with the help of a handful of incredible neighbours and some random meetings with complete strangers, I am learning to accept that sometimes, there are no strings attached, sometimes what you see is what you get. I’m letting go of the reins a bit, trusting that it won’t automatically lead to disaster.

Now, I know what it feels like to come home and find my lawn mowed or the snow in the driveway gone. I’ve learned that when a neighbour volunteers to fix my broken fence or pick up my mail it’s because “that’s what neighbours do.” Answering the doorbell can mean a dinner invitation. Heading out for a solitary bike ride can mean returning with a new biking companion.

At the other end of the spectrum, I get to savour my parents’ friends, the ones who watched me grow up with their children. Now in their mid to late 80s, they come for dinner and share their stories at a time when time is very precious. I wrap my arms around them, knowing they loved my father, too.

Recently, the new dog groomer discovered that I love horses as much as she does. She immediately invited me to go riding. Never mind that she’d just met me. The very next weekend, I found myself sitting astride a fine painted mare, cantering across open fields for the first time in decades.

When I got back, stiff and sore but elated, I headed over to the cemetery to share the good news with dad. He was, after all, the one who bought quarter horses for my sister and me and then trailered them to all our horse shows.

I have no idea where this is taking me, except to say that I’m really, really excited about it. I may have returned home to attend to some unfinished business, but in the process I have rediscovered a new-or perhaps very old-authentic self. I have been given a second chance and it feels good. It feels right. It feels like home.