Home » Williams’ return to academia marks a career of scholarship

Williams’ return to academia marks a career of scholarship 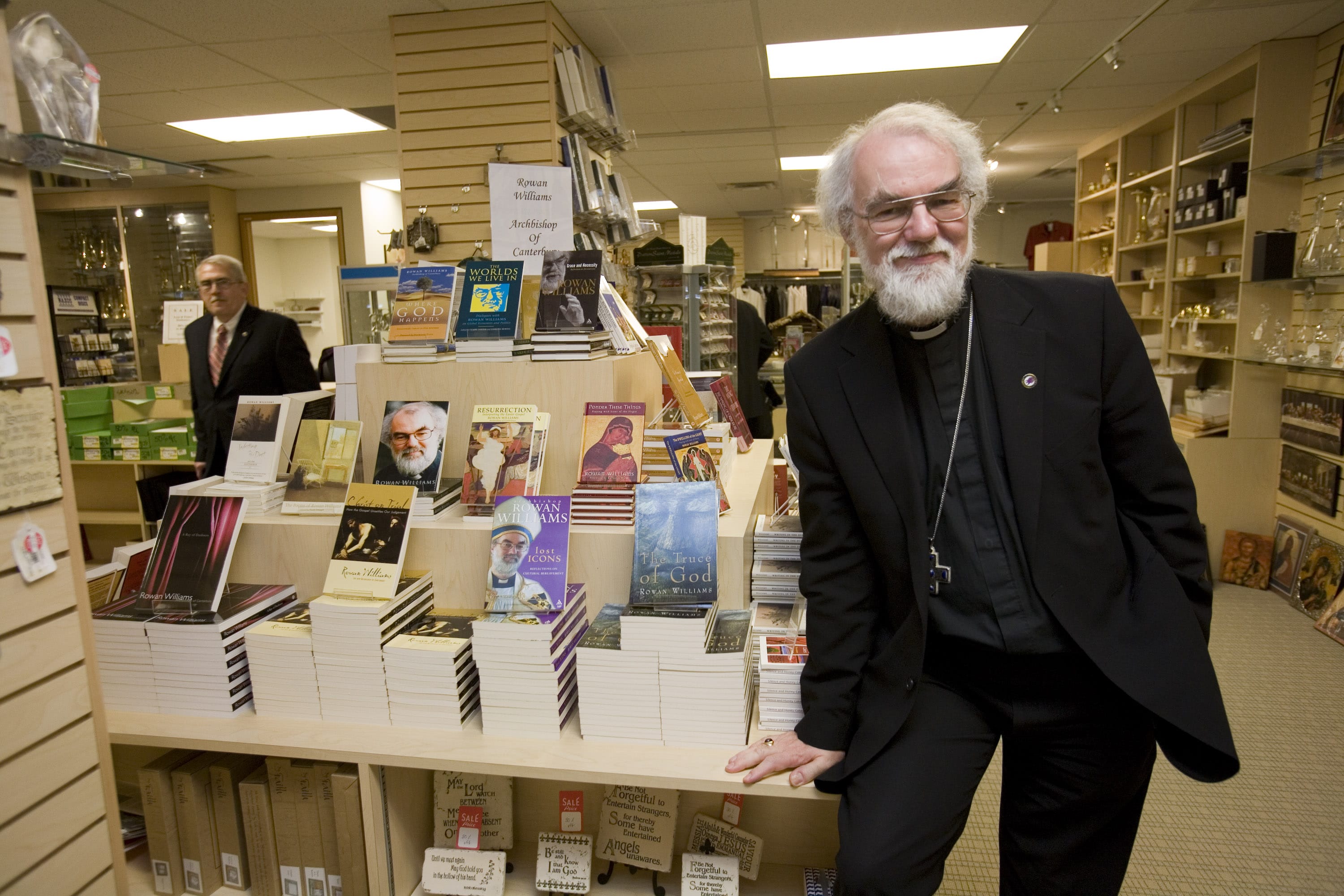 Archbishop Rowan Williams at the Anglican Book Centre in Toronto, during his visit to the Anglican Church of Canada in 2007. Photo: Michael Hudson

Rowan Williams’ decision to resign the post of Archbishop of Canterbury and accept a position at Cambridge University represents a departure from Anglican Communion controversies and a return to an academic environment that has embraced the noted theologian, scholar and poet throughout his career.

Williams, 61, announced on March 16 that he would leave his church post at the end of 2012 and take up the position of Master of Magdalene College at Cambridge in January, 2013.

As the 104th Archbishop of Canterbury, appointed in 2002, Williams has presided over a tumultuous age, seeking to hold the worldwide, 77 million-member Anglican Communion together as disagreements over homosexuality and biblical orthodoxy threaten to tear it apart.

"The worst aspects of the job, I think, have been the sense that there are some conflicts that won’t go away, however long you struggle with them," Williams told Britain’s Press Association after the resignation announcement.

Williams first came to attention as a scholar and writer. Born in Wales on 14 June 1950, he studied theology at Cambridge and earned a doctor of philosophy degree in 1975 at Oxford University. His intellectual gifts became apparent early and he was already teaching theology at Cambridge when he was ordained deacon in 1977 and priest in 1978.

While at Cambridge, he served a local church, St. George’s Chesterton, for three years, then became dean and chaplain of Clare College. At the relatively young age of 36, he was named to the Lady Margaret Professorship of Divinity at Oxford University, where he was awarded the degree of doctor of divinity in 1989.

Iin 1991, Williams was elected Bishop of Monmouth of the Church in Wales and elected Archbishop of Wales in 1999. In 2002, when he succeeded George Carey as Archbishop of Canterbury, he was the first bishop since the 16th century to be elected from outside the Church of England.

He is a scholar of the early church theologians known as the Church Fathers and on the history of Christian spirituality. His doctoral studies focused on Vladimir Lossky, a prominent 20th century Russian Orthodox theologian.

Williams has expressed liberal views on social issues, participating in anti-nuclear demonstrations and expressing progressive opinions on homosexuality and the Bible, while holding orthodox views on Christianity.

He told a magazine interviewer, in response to liberal U.S. bishop John Shelby Spong, that "I am genuinely a lot more conservative than he would like me to be. Take the Resurrection. I think he has said that of course I know what all the reputable scholars think on the subject and therefore when I talk about the risen body I must mean something other than the empty tomb. But I don’t. I don’t know how to persuade him, but I really don’t."

However, his views on homosexuality seemed to become more conservative as he sought to hold the Anglican Communion together and he has expressed a profound commitment to the idea of the church. At times, his leadership seemed to please neither liberals nor conservatives, some of whom said he seemed more comfortable in the world of academia rather than the realm of global church politics.

His leadership of the decennial Lambeth Conference in 2008 introduced the concept of "indaba," or "purposeful discussion," a concept aimed at getting the bishops of the Communion to relate to one another rather than depend upon legislative solutions to disagreements.

Williams also took several ecumenical steps during his tenure, attending the funeral of Pope John Paul II and meeting several times with his successor, Pope Benedict XVI, most recently on 10 March in Rome.

His writings have ranged widely, including articles, sermons, lectures and books, on such secular issues as the current economic crisis, terrorism and the place of modern Islam and on a broad range of religious topics.

He is also a noted poet and translator of poetry, with the volume "The Poems of Rowan Williams" containing translations of Welsh poetry. On 11 September, 2001, he was due to give a lecture a few blocks from the World Trade Center in New York, subsequently leveled by terrorist attacks. His book, "Writing in the Dust," reflected on the event. He is said to speak or read 11 languages, including Hebrew, Latin and ancient and modern Greek.

He will join the seventh-oldest college at Cambridge, as Magdalene dates its founding to 1428, and as Master supervise more than 500 undergraduate and graduate students, 80 Fellows (teachers and researchers) and 90 staff. In its announcement, the college referred to Williams’ "outstanding intellectual stature" and "very distinguished record, both as a scholar and a public figure."

He and his wife, Jane, a writer and theologian in her own right, have been married since 1981 and have a son and a daughter.