Home » What’s next for Haiti?

What’s next for Haiti? 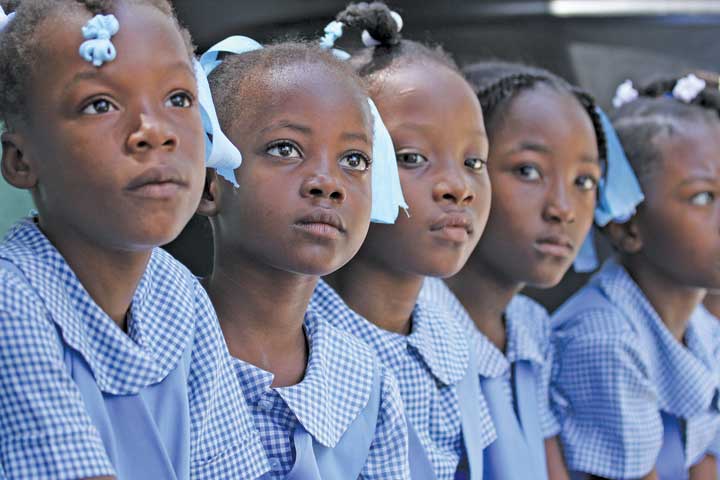 No one said it was going to be easy. When a catastrophic earthquake on Jan. 12, 2010 reduced Port-au-Prince to rubble and left more than 200,000 dead, the general consensus was that getting back to “normal,” even by this country’s dismal standards, was going to take time.

The UN has defended the slow progress of relief efforts, saying the scale of Haiti’s disaster was “apocalyptic.” And even though Haitians have borne the burden of a fragile infrastructure for decades, who can blame them for feeling deeply frustrated?

One year later, only five per cent of the 24 million metric tons of debris from flattened buildings has been cleared. One million inhabitants continue to live in makeshift tents and shacks, hostage to the elements and human predators. Rape and the exploitation of children has reached a four-year high. Domestic violence has skyrocketed. Refugees continue to flock to rural areas, where there are no resources to accommodate them.

In the wake of post-hurricane flooding and mudslides, a cholera epidemic claimed more than 3,000 lives, prolonging an already extended relief phase. According to Oxfam, an international aid organization, “a year of indecision” on the part of the Haitian government has seriously delayed recovery; so has the lack of co-ordination for relief efforts. Then, allegations of fraud in November’s general elections sparked violence. More trouble has been predicted because of an upcoming presidential run-off election.

Despite this discouraging backdrop, money donated by Anglicans in Canada to relief efforts in Haiti is making a difference in the lives of survivors, say relief co-ordinators. More than half, or $1.3 million out of $2.2 million received, has been sent by The Primate’s World Relief and Development Fund (PWRDF) to partners working in Port-au-Prince and other affected areas. PWRDF is the relief and development arm of the Anglican Church of Canada.

“Recovery work is ongoing,” Naba Gurung, humanitarian relief program co-ordinator for PWRDF, told the Anglican Journal. About $750,000 has been sent by PWRDF to Action by Churches Together (ACT), a global alliance of more than 30 church-backed humanitarian aid agencies. PWRDF is a member of ACT.

In addition, about $550,000 has gone to the Episcopal diocese of Haiti, which is working with Episcopal Relief and Development, the relief and development arm of The U.S. Episcopal Church. More than $300,000 will be used to fund a provisional housing program to provide temporary shelter, toilets and bathing enclosures for 145 homeless families in Leogane, Carrefour and Petit Goave.

The goal is to “restore a sense of physical and emotional security,” the Episcopal diocese of Haiti said in a program summary. It will also create construction jobs for 435 people. The diocese also has reopened and built temporary schools, offered cash for work programs and provided other livelihood support to victims.

In addition, PWRDF is in conversation with the Episcopal diocese about a meal program for students who attend schools managed by local Anglican parishes.

Gurung said a proposal for matching funding from the Canadian International Development Agency (CIDA) has not yet been approved. Earlier last year, CIDA announced that it would match funds raised by charities for the Haiti earthquake response. “But it was not automatic,” said Gurung. “We will continue making attempts to access the matching funds or whatever funds we [can] receive from CIDA for Haiti,” he added.  Although there are no plans to issue another appeal for Haiti, PWRDF will continue to provide information about the work there, said Gurung.

Contributions from PWRDF represent a portion of the relief efforts co-ordinated by ACT. According to Genevieve Cyvoct, more than 400,000 people have benefited from humanitarian services provided by ACT. Cyvoct, who co-ordinates the emergency response in Haiti for ACT, said more than $100 million has been mobilized and 12 member organizations are working hard at a local level to improve living conditions and raise awareness about specific needs.

Cyvoct also noted that “a lot of uncertainties” remain. “Haiti is a very vulnerable land, the population is extremely poor, and there are huge disparities in terms of income, in terms of land ownership,” she said, adding that people are frustrated because they feel their voices have not “been taken into account.”

The need to involve the Haitian people to a greater extent to rebuild their country is echoed in a recent report released by Oxfam. In it, the aid organization recommends government “consult, communicate and effectively involve Haitian citizens in the reconstruction of their country and ensure recovery programs reflect their priority needs.”

Whether it is still possible for a more peaceful and more democratic Haiti to emerge remains to be seen. Haiti’s politicians have always banked on the ability of Haitians to cope with adversity. This time, say observers, it could prove foolhardy to test their patience. Ω