Home » What about Attawapiskat? 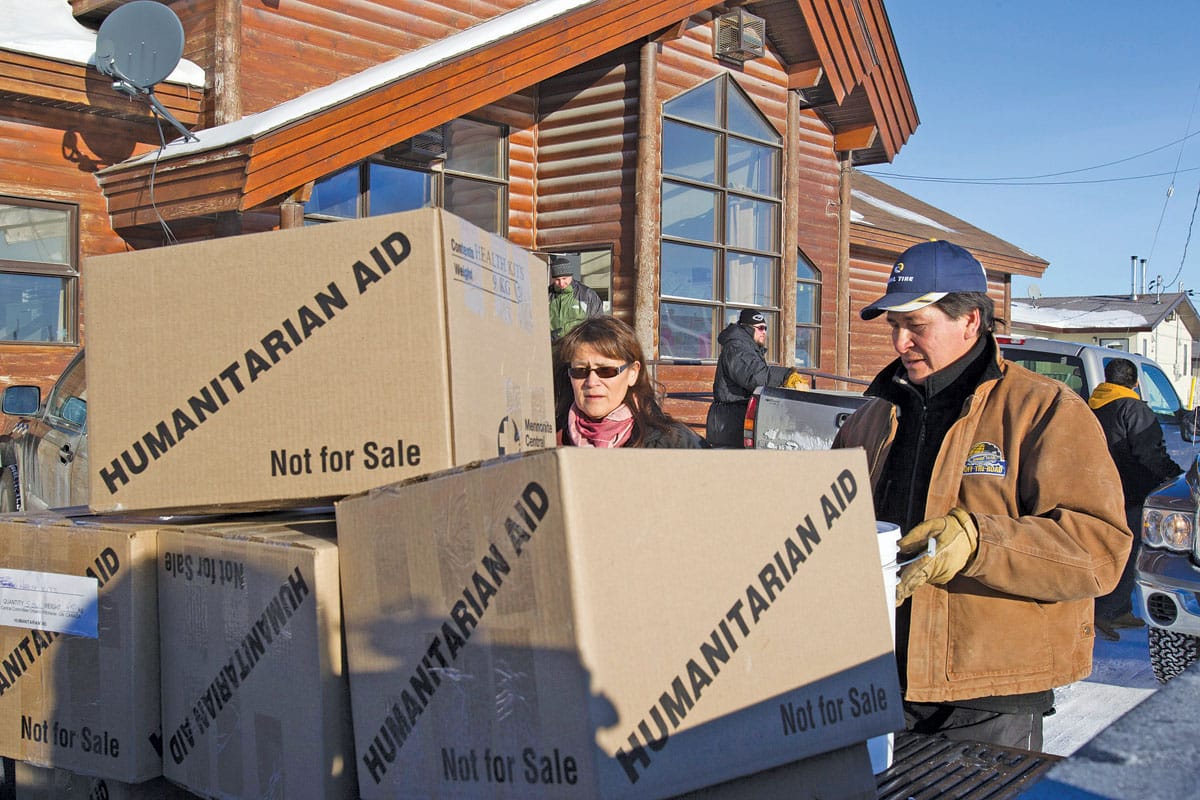 About 20 Attawapiskat families were slated to move into temporary shelter before Christmas to escape households without running water or toilets.
Photo: Reuters

Several yeas ago, my daughter and I visited the Magdalen Islands, a small chain in the Gulf of the St. Lawrence that is part of the province of Quebec. Unconnected to the rest of the chain and separated by 12 kilometres of water is Entry Island. It has about 130 inhabitants and can be reached only by sea or air. We learned that the provincial government pays for a teacher to live on Entry Island year-round and teach elementary school.

In Canada, we see it as reasonable that families like those living on Entry Island should have a public school in their own community, yet it occurred to me that similar spending on aboriginal communities is often viewed as a waste. Since sailing past Entry Island, I no longer see a reason why First Nations should apologize for the amounts their communities cost the taxpayer, but many thought differently during the recent controversy about Attawapiskat.

A Cree community of 1,900 people situated on the western coast of James Bay in Ontario, Attawapiskat is connected to the outside world only by air, water and, in winter, an ice road. Many Canadians were shocked when a state of emergency was declared at Attawapiskat on Oct. 28, 2011, and the Red Cross was called in to help residents cope with frigid temperatures and insufficient housing. Several commentators suggested the best solution would be to shut the community down and move residents to the south.

Yet paying jobs are now available near Attawapiskat: only 90 kilometres from the reserve, De Beers has opened an open-pit diamond mine employing over 500 workers. Thanks to an agreement negotiated by the band council, about 100 of those workers are from Attawapiskat.

A fundamental question for me is why so many believe we owe so little to the people of Attawapiskat, with whom our federal government entered into a solemn agreement in the form of Treaty 9? It was among the last in a series of “numbered” treaties signed by Canada from the 1870s to the 1930s, with First Nations from northern Ontario to the Rocky Mountains. Representatives of the Crown met with chiefs and had them sign a surrender of their land. In return, the federal government promised them small annual payments, reserves and the right to hunt and fish throughout their territory.

Life changed very little for the Attawapiskat Cree so long as they could still live off the land, since settlers never came. But in the 1950s and 1960s, the fur trade ceased to offer a viable livelihood. At the same time, the federal government pressed the Cree to settle permanently on reserves and enforced attendance for their children in residential schools.

The communities were emptied of their children, and the parents sat on the reserves waiting for them to return. They had little else to do if they could not hunt, fish or trap, and the communities remained isolated.

Since the 1950s, the federal government has gradually provided indigenous people with the same services that the provinces provide to other Canadians, such as health care, education and social assistance. Since the 1970s, service delivery has been systematically delegated to the First Nations themselves.

Federal funding depends on the annual budget and on a minister’s discretion, however. Services such as local policing may simply stop from one year to the next, to be replaced by a distant provincial police detachment. Moreover, federal funding does not have to match the level of provincial funding allocated for the same services off-reserve. Often, federal funding is lower.

In areas such as education, Indian Affairs provides budgets below the provincial average to reserves where needs are greater. Communities serving deprived populations in remote locations become trapped in a downward spiral of underfunding and underperformance.

Things do not have to be this way. Just across James Bay, on the east coast, life in the Cree and Inuit communities of Quebec is not perfect, but much better.

The James Bay Cree and Inuit of Quebec were never asked to sign a treaty. As a result, when the Quebec government announced in the early 1970s that a hydroelectric project would flood their traditional lands, the Cree and Inuit went to court to stop it. Settlement negotiations led to the James Bay and Northern Quebec Agreement (JBNQA), the first modern land claims agreement, and the project went ahead.

The JBNQA left the Cree and Inuit with regional school boards, health and social services agencies, police forces and local government structures under their control. These institutions are funded jointly by the federal and provincial governments, to the same level as comparable bodies in the rest of the province.

The JBNQA also recognized their right to hunt, fish and trap, and provided the Cree and Inuit with a role  in wildlife management and environmental assessment in their territory. With compensation for settling their land claims, the Cree and Inuit bought businesses. Where Attawapiskat derives benefits from a single mine, the Quebec Cree and Inuit have a growing role in the regional economy.

The question raised by the example of the Cree and Inuit of Quebec is this: why did they have to go to court and accept massive development on their lands in order to obtain the benefit of adequate locally controlled services and economic opportunities of the kind we would consider a minimum for other Canadians?

The real question raised by Attawapiskat is whether all we promised its people in Treaty 9 was underfunded resources on unsustainable reserves and an invitation to move elsewhere if these did not suit them. Or is it possible that we owe them institutions and services of at least the same quality we take for granted in the rest of Canada and a chance to participate in the economic benefits that can be derived from their lands?

David Schulze is a partner in the law firm of Dionne Schulze in Montreal, which specializes in representing aboriginal communities and individuals.