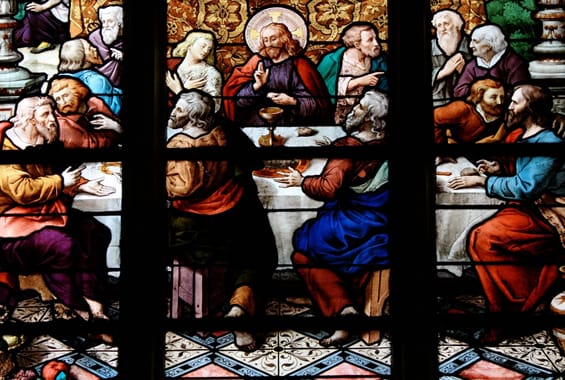 For eight days in January, Christians around the world gathered in various churches to celebrate the Week of Prayer for Christian Unity and to remember the church as it was 2,000 years ago in Jerusalem.  It was also an occasion for congregations and parishes to offer solidarity to Christian minority communities suffering religious oppression in the Middle East and elsewhere around the world.

This year’s theme, “One in apostles’ teaching, fellowship, breaking of bread and prayer,” (Acts 2:42), was chosen by Christian leaders in Jerusalem.  ”It is not difficult to see how the situation of the first Christians in the Holy City mirrors that of the church in Jerusalem today,” read a reflection produced for the 2011 Week of Prayer, held Jan. 18 to 25. (The World Council of Churches’ Commission on Faith and Order, and the Roman Catholic Church’s Pontifical Council for Promoting Christian Unity have coordinated the production of the liturgical and biblical material since 1968.)

In Canada, several church services were held across the country, including in Abbotsford, B.C., where Anglican, Lutheran, Presbyterian, Catholic and Christian Reformed churches attended each other’s gatherings. In Toronto, more than 20 denominations attended a service at St. James’ Cathedral Jan. 23. Dean Douglas Stoute invited all “to pray with each other, for each other and to increasingly recognize the unity we have in Christ,” reported The Anglican, the newspaper of the diocese of Toronto. The auxiliary bishop of the Roman Catholic Archdiocese of Toronto, William McGrattan, preached a message of conversion, purification and renewal in his sermon. “This is the path towards unity,” he said.  Christian communities in the Holy Land, including the Episcopal diocese of Jerusalem, also gathered together in prayer.  At the Vatican, Pope Benedict XVI presided over various services with a common message that “the path to unity among all Christians resides in prayer.”  At an ecumenical prayer service held Jan. 25 at Rome’s Basilica of St. Paul Outside the Walls, the pontiff said, “One must resist the temptation of resignation and pessimism, which is a lack of trust in the power of the Holy Spirit.”  The Pope noted that the history of ecumenical relations has been marked by “difficulties and uncertainties, but it is also a history of fraternity, of cooperation and of human and spiritual communion…”  In the U.S., the Rev. Dr. Michael Kinnamon, general secretary of the National Council of Churches, said the year’s theme is “particularly appropriate, not only for the churches in Jerusalem but for all of us seeking renewal in our common Christian faith.” In a statement, Kinnamon said, “When Christian minority communities are threatened or oppressed in Jerusalem or Gaza or Egypt or Myanmar or anywhere else in the world, it’s important to remember that these Christian sisters and brothers are our beloved neighbours.”

The general secretary of the World Council of Churches (WCC), Rev. Dr. Olav Fyske Tveit said, “The unity of the church we seek is not a mere abstraction. For Christians in Jerusalem, who live in continuity with the apostolic community of Jerusalem, the mother church of us all, such unity entails prayer, reflection and a cry arising within a context of despair and suffering…” In a letter to churches, Tveit said, “…we trust that God is ever vigilant as we pray for peace and justice for all inhabitants of the land.”

The WCC, of which the Anglican Church of Canada is a member, is a worldwide fellowship of 349 churches from a broad range of Christian traditions.