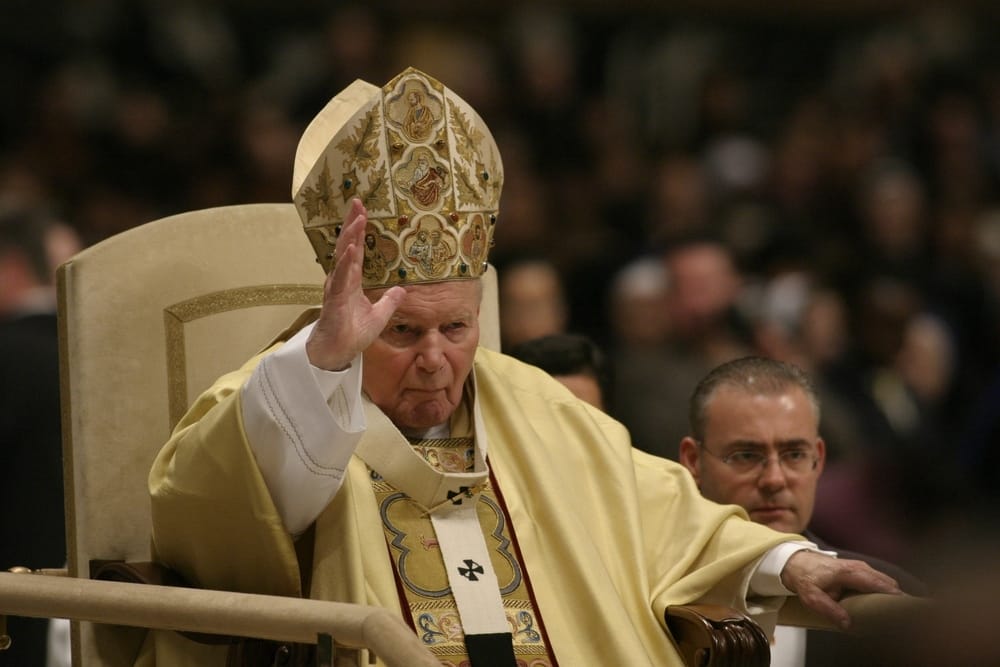 Vatican City
The Vatican announced on April 5   that the late Pope John Paul II will lie in repose in St. Peter’s Basilica during ceremonies that will declare him "blessed" and that a French nun whom John Paul is said to have cured of Parkinson’s disease will play a central role.

However, the Vatican did not provide an estimate for how many people are expected to attend the beatification events from April 30  to May 2 and they said that John Paul’s feast day would only be announced during the ceremonies.

Fr. Federico Lombardi, the head of the Vatican press office, said that John Paul’s coffin, which currently lies in the grotto beneath St. Peter’s, will be moved in a private ceremony to the basilica, where it will rest in the Saint Sebastian chapel.

It was also announced that Sr. Marie Simon-Pierre, whose reported cure from Parkinson’s disease was the miracle needed to beatify John Paul, will speak at a prayer vigil to take place April  30 in the Circus Maximus, site of an ancient stadium. Other speakers scheduled are John Paul’s former spokesman, Joaquin Navarro-Valls, and the pontiff’s long-time aide, Cardinal Stanislaw Dziwisz. The vigil will be broadcast on 14 large video screens.

In addition to the beatification mass at St. Peter’s Square on May 1,  which will be celebrated by John Paul’s successor, Pope Benedict XVI, the ceremonies will include another mass the following day, celebrated by Vatican Secretary of State Cardinal Tarcisio Bertone — the first mass for John Paul after he will officially have the title of "The Blessed." The designation is the final step before sainthood.

John Paul’s beatification, occurring six years and 29 days after his death on April 2, 2005, is believed to be the fastest in modern times. Soon after John Paul’s death,  Benedict waived the prescribed five-year wait time for the beatification process to start.

"This has really been the result of a popular call," Paolo Rodari, an author and veteran Vatican-watcher, said in an interview. "The faithful wrote thousands and thousands of letters. People held up signs at papal masses. Newspapers called for this in their editorial pages. It’s almost unprecedented.

Media estimates of the number of pilgrims expected in Rome have varied from 300,000 to two million, the number that came to St. Peter’s for John Paul’s funeral mass. But Vatican officials would only say that they expected around 300,000 to come to the April 30  vigil and at least that number for the beatification mass. Lombardi said that the Vatican is prepared for "many" more if necessary.