Home » Ultimately, I had a blast!’

Ultimately, I had a blast!’ 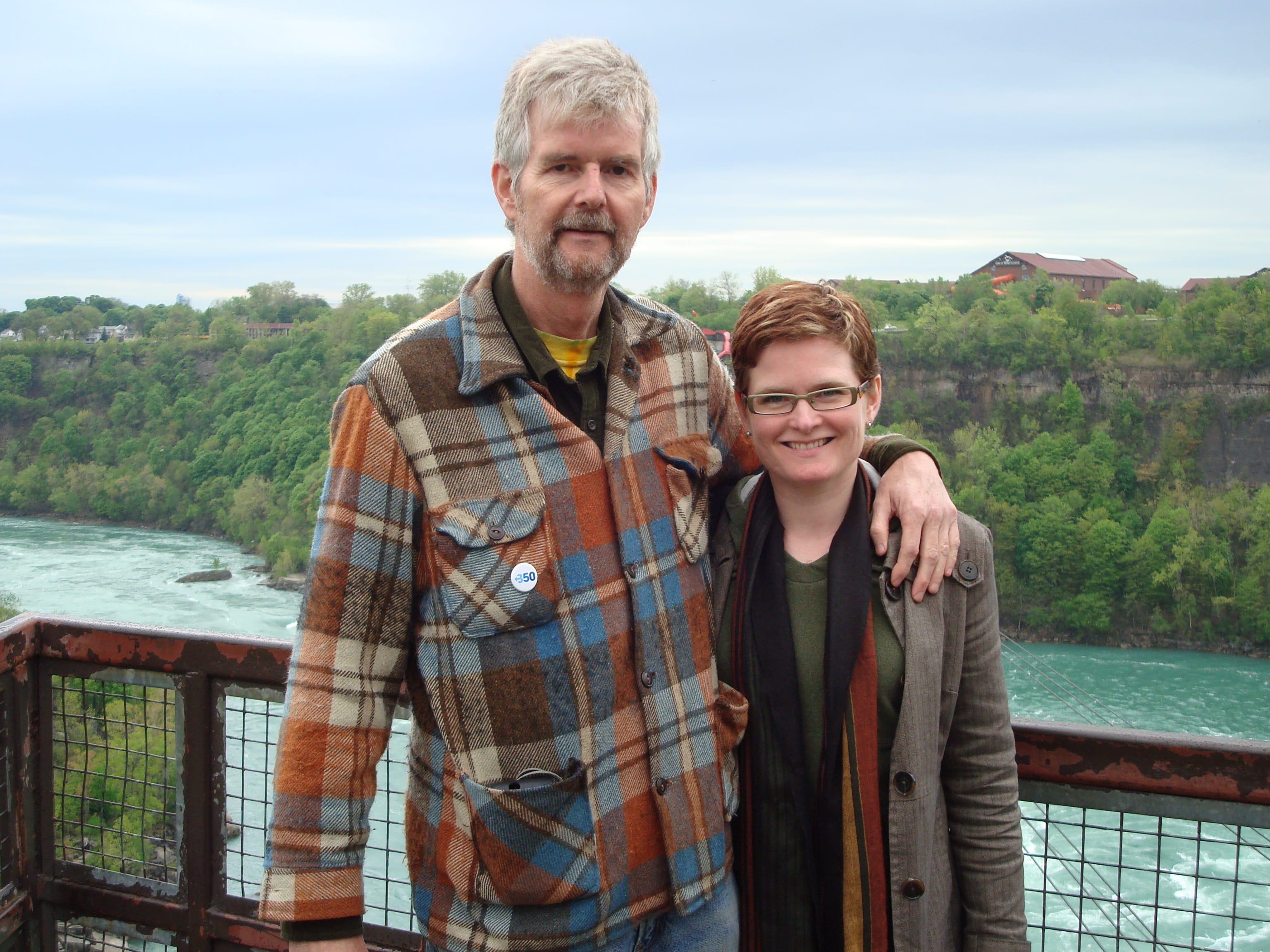 Murray MacAdam, social justice and advocacy consultant for the diocese of Toronto, with Karri Munn-Venn of Citizens for Public Justice during Justice Camp 2010. (Contributed by Karri Munn-Venn)

“Live the change you want to see.”

That was the theme of Community Justice Camp hosted this year by the diocese of Niagara in Hamilton, Ont. from May 9 to 14. And according to participants, the event was inspirational and also gave them practical advice on how to live that change.

About 80 people from several provinces gathered at McMaster University for the fifth annual justice camp. On the first day they heard from keynote speaker Karri Munn-Venn, a socio-economic policy analyst with the Ottawa-based Citizens for Public Justice, about the ecumenical organization’s federal anti-poverty campaign. Canon Maylanne Maybee, eco-justice co-ordinator for the Partnerships department of Anglican Church of Canada, gave a workshop and led discussion on shifting perceptions away from charity and toward justice.

There were also two international partners – Bishop Grieselda Delgado del Carpio, the newly-appointed bishop of the Episcopal diocese of Cuba, and Edmund Bayisabe, youth co-ordinator for the diocese of Bujumbura in Burundi.

The next three days were spent in “immersion experiences” as campers formed small groups to focus more closely on issues such as aboriginal justice, environmental justice, food security, housing, poverty and welcoming the stranger.

Canon Maybee was in the group that met with representatives of Environment Hamilton which works, through its “good neighbour campaign” to create positive dialogue between the local steel corporation and residential neighbours. “There are pollution issues [but] rather than being really confrontational they are trying to strategically build relationships,” said Canon Maybee. They also met with community organizer Michael Balkwill, whose oppositional approach left some members quite incensed. Nevertheless, Canon Maybee found it “extremely useful to have his perspective.”

Youth participant Rebekah Sears spent the past year working as an intern with Citizens for Public Justice. She said the experience, particularly hearing what Balkwill had to say, “really opened my eyes to the connection between environmental justice and other kinds of justice.”

Dean Sutton-Greenhalgh from the diocese of Niagara will be attending McMaster University this fall. He described the justice camp experience as “profound.” As part of the “Building Neighbourhoods” immersion group, he visited community centres with services for new immigrants, refugees and people who are unemployed. “I guess the real highlight is seeing all of the hard work and volunteers that help folks who need it,” he said. “It really is the way human beings ought to be. I often have a negative view on some of these problems because part of me has given up, but seeing the things I saw reminds me that there are [still] good people out there.”

On the final day, all the participants gathered to share their experiences in creative presentations such as songs and dramatic performances or personal reflections. One group wrote a song about a subsidized housing development they had visited where residents had struggled with infestations of flies because they had no screen doors. Then they organized to build their own screen doors. “I felt like the quality of learning was really high,” said Canon Maybee.

Sutton-Greenhalgh said he was honoured to be part of the host diocese and enjoyed being with “great people of all ages and backgrounds…[who] shared a common interest in social justice…. Ultimately, I had a blast!”