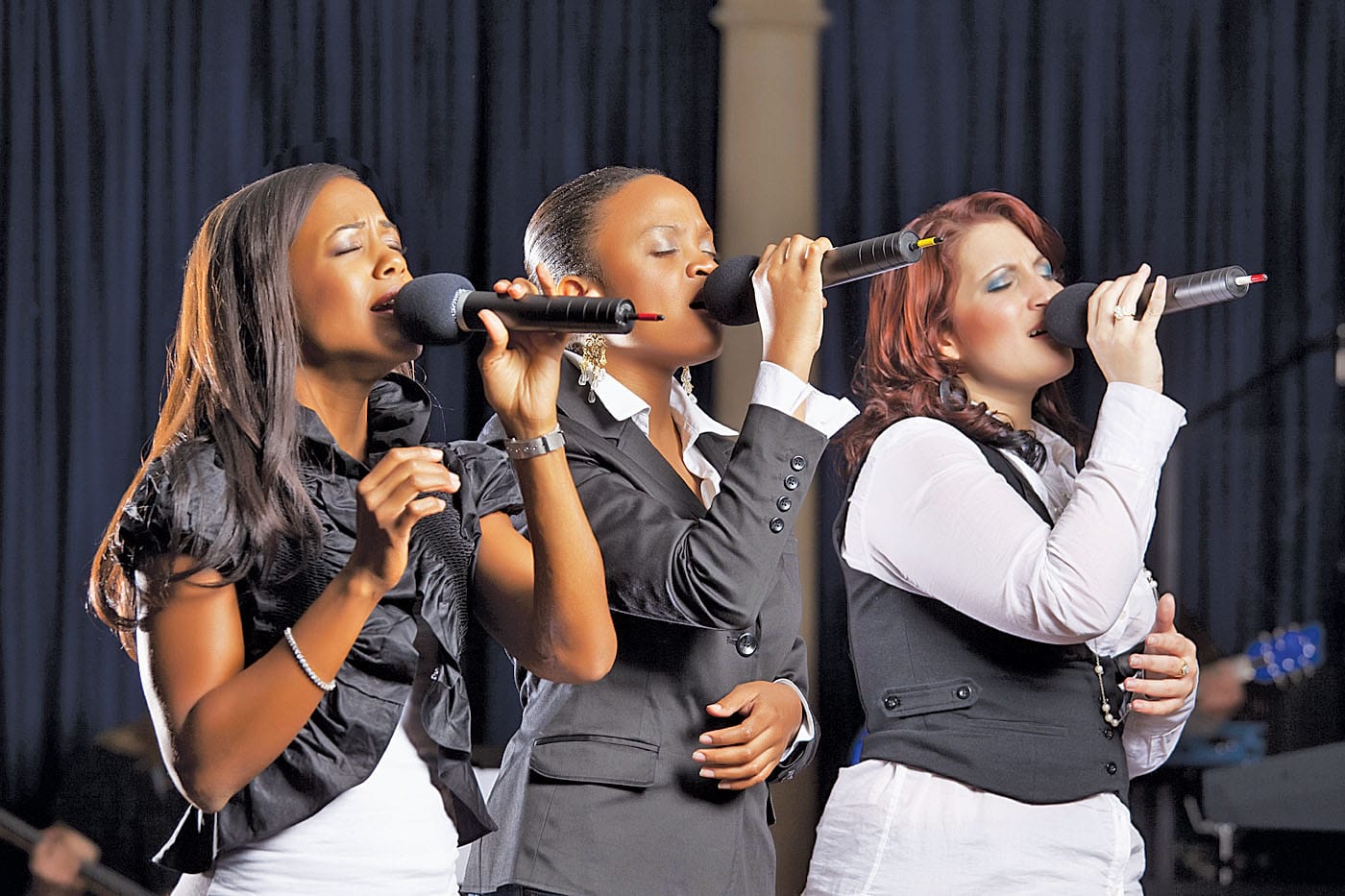 More contemporary music was part of the makeover. The Apostles’ Creed was removed from the service and a full-time children’s and youth worker hired.
Photo: Ron Nickel

Four years ago, after a devastating church fire, the Rev. Canon Dr. Cathie Crawford Browning and the congregation of St. John the Evangelist in Thorold, Ont., were both headed in the wrong direction. Both rector and members were exhausted. Attendance was down. Financial giving was dwindling. Participation in ministries was on the wane.

“For the first time in my 20 years of ministry, I felt like giving up-and not just moving to a different parish but taking a new path,” Crawford Browning said at an informal Vital Church Planting presentation.

All that began to change when she met Peter Warkentin, the past moderator of nearby Southridge Community Church, which began life as a small Mennonite Brethren congregation but became a large successful place of worship with an average Sunday attendance of more than 1,500. “I was well aware of this huge vibrant place that was alive with young people,” said Crawford Browning.

Warkentin and his wife took the rector up on her invitation to visit St. John’s, a visit that would eventually start the rector and the church on a new path. Crawford Browning thought Warkentin would be taken with the church’s friendly attendants, simplified alternative service, $400,000 organ and brilliant organist. “I thought he’d be really impressed,” she said. But when she asked him what he thought, he replied, ” ‘Maybe we can have coffee sometime.’ “

Kindly but frankly, Warkentin told her that he and his wife-both church goers since toddlerhood, were “lost and intimidated” by the Anglican liturgy. And he thought the people worshipping there were not engaged. He admitted that he never knew what book or what page he should be reading from, even with the help of kindly parishioners who saw their distress.

That summer, Crawford Browning attended a service at Southridge and was blown away. “The music was top-notch, upbeat and alive, and the sermon was one of the best I have ever heard,” she said. “I started praying to God to show me what it would take to lead that many people in church.”

Warkentin agreed to help Crawford Browning “with more grace than I can describe,” and he outlined three principles of Southridge’s success.
1. A determination to preach the word of God in relevant ways.
2. Developing a fully engaged leadership team and pastors from within the congregation.
3. Creating a church that kids want to be a part of.

One of the first things Warkentin challenged was her 10-minute homily. He said she was, “whetting people’s appetites but not feeding them.”
Warkentin also challenged the decision-making structure with the rector as CEO of the corporation. He suggested that she step into a more pastoral role supported by a team of lay leaders.

Along with changes to the sermon, came changes to the liturgy, including the removal of some repetitive aspects such as the Apostles’ Creed, which were putting people to sleep. Warkentin said, “If you want me to read it every week, put it up on a poster.”

More contemporary music was also part of the makeover and this led to the loss of the church’s long-serving organist. And despite its financial woes, the church hired a full-time children’s and youth minister.

None of this was easy, Crawford Browning says, and there were painful confrontations along the way, including the resignation of the new music director, and the turning backwards of some church members who had seemingly been committed to the new direction of St. John’s. “Had I not had a mentor to walk with me, I would have capitulated.”

Today, the pulpit, choir stalls and pews are gone, but Sunday attendance is up-on average to 125 from 85. A high-tech electronic screen drops down for people to read and sing from. There still are prayers, songs, psalms and (non-gospel) scripture readings but nothing is written in stone. Crawford Browning commits her sermon to memory so she doesn’t have to read it. Her 21-year-old music student daughter is the new music director and the parish young people are engaged. Even the ladies of the Altar Guild have noticed.

These changes notwithstanding, you still know you’re in an Anglican church, said Crawford Browning, who admits that sometimes she misses the comfort zone of old Anglican liturgy and even the hard pews and kneeling boards. “But I don’t talk a whole lot about being an Anglican anymore, or even about being a Christian,” she said. “I talk about being a follower of Jesus.”