Home » Talk to the hand

Talk to the hand 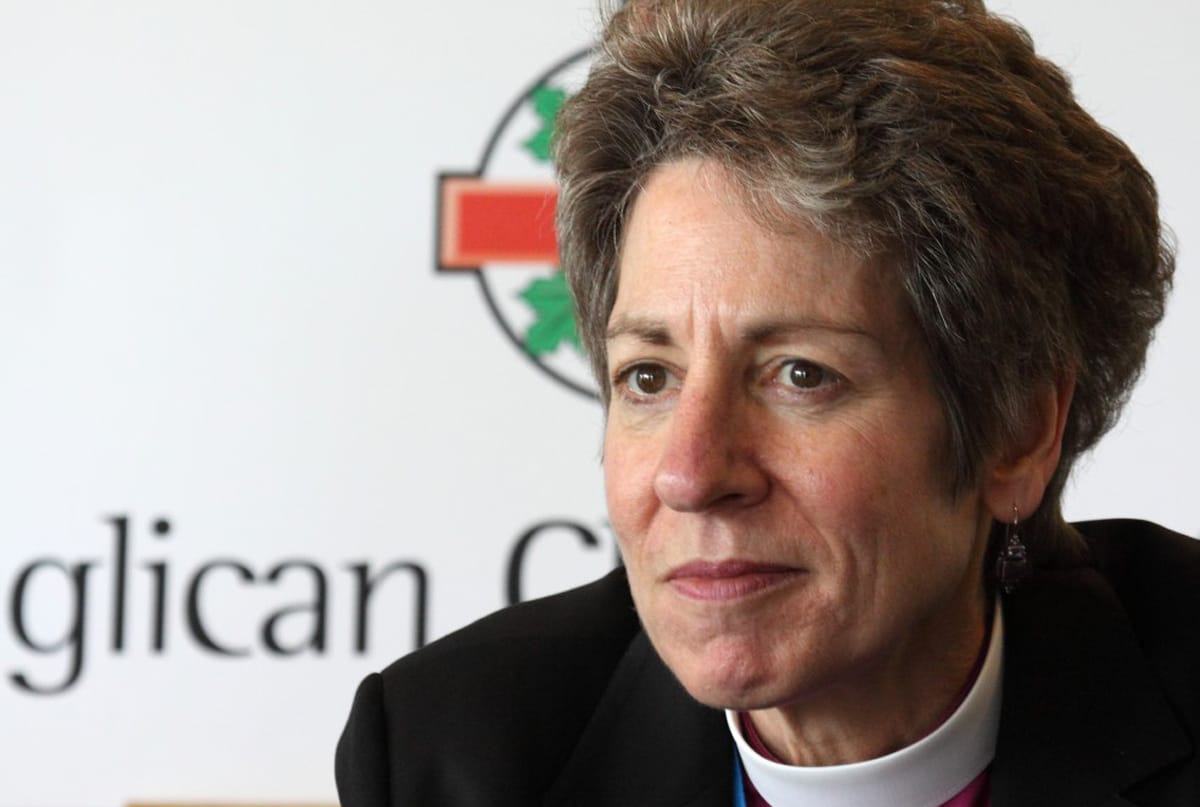 At a June 8 press conference at General Synod 2010 in Halifax, U.S. Presiding Bishop Katharine Jefferts Schori described the decision by Lambeth Palace to remove Episcopalians representing Anglicans in international ecumenical dialogues as “unfortunate….it misrepresents who the Anglican Communion is.”

Before the sanction was imposed on The Episcopal Church (TEC) as a consequence for having consecrated a lesbian bishop, Bishop Jefferts Schori said she had written a letter to Archbishop of Canterbury Rowan Williams expressing her concern.

“I don’t think it helps dialogue to remove some people from the conversation,” she said shortly after addressing General Synod. “…We have a variety of opinions on these issues of human sexuality across the Communion…For the Archbishop of Canterbury to say to the Methodists or the Lutheran Federation that we only have one position is inaccurate. We have a variety of understandings and no, we don’t have consensus on hot button issues at the moment.”

On June 7, Canon Kenneth Kearon, secretary general of the Anglican Communion, informed TEC representatives serving on Anglican dialogues with the Lutheran, Methodist, Old Catholic and Orthodox churches, that their memberships to these bodies had been discontinued. One Episcopalian serving on the Inter-Anglican Standing Committee on Unity, Faith and Order, was “demoted” to the status of consultant, said Bishop Jefferts Schori.

Earlier, Archbishop Williams proposed in a Pentecost letter issued May 28 that representatives currently serving on ecumenical dialogues should resign if they come from a province that has not complied with a 2008 Lambeth Conference proposal for a moratoria on same-sex blessings, cross-border interventions, and the ordination of gay and lesbian people to the episcopate.
Archbishop Williams singled out the May 15 consecration of the suffragan bishop of Los Angeles, Mary Douglas Glasspool, who is the Episcopal church’s second openly gay and partnered bishop.

The primate of the Anglican Church of Canada, Archbishop Fred Hiltz, has been asked whether “it’s General Synod or House of Bishops has formally adopted policies that breach the second moratorium in the Windsor Report, authorizing public rites of same-sex blessing.” Archbishop Gregory Venables, primate of the Anglican Province of the Southern Cone, has been asked for “clarification as to the current state of his interventions into other provinces.”

Bishop Jefferts Schori said Archbishop Williams’ letter “really jumped” the process around the proposed Anglican Covenant, because it “imposed a number of the sanctions that were envisaged in the fourth section…” The Covenant is being viewed as way of addressing schism in the Communion over the issue of human sexuality.

Asked whether Archbishop Williams has adequately addressed the issue of cross-border interventions, Bishop Jefferts Schori said, “I don’t think he understands how difficult and how painful and destructive it’s been both in the church in Canada and for us in the U.S…when bishops come from overseas and say, ‘Well, we’ll take care of you, you don’t have to pay attention to your bishop.’ ” Such actions “destroys pastoral relationships,” noted Bishop Jefferts Schori. “It’s like an affair in a marriage,” she said. “It destroys trust.”

She added that it’s “a very ancient teaching of the church that bishops are supposed to stay home and tend to the flock to which they were originally assigned.”

Asked how Anglicans can focus on mission amid its issues over the place of gays and lesbians, Bishop Jefferts Schori said, “By focusing on mission, on the broader context. The hot button issues are an aspect of our mission.”

The issue of human sexuality has a place in the Communion’s Five Marks of Mission, she said. “Where is good news in this conversation about human sexuality? I think we heard some in the (General Synod human sexuality) report… That people felt they could speak to each other, be heard and speak in a gracious way and that was reported to be a significant shift from the last General Synod.”

Part of the church’s mission is to gay and lesbian people, she added. “Where’s the good news in this for them?”

Another deals with addressing human suffering, she said. “Suicide rates among gay and lesbian teenagers are much, much higher than the national average in Canada and the U.S. How do we address that? That’s an aspect in these Marks of Mission.”

Developed by the Anglican Consultative Council, the Five Marks of Mission are http://www.anglican.ca/search/faq/037.htm: