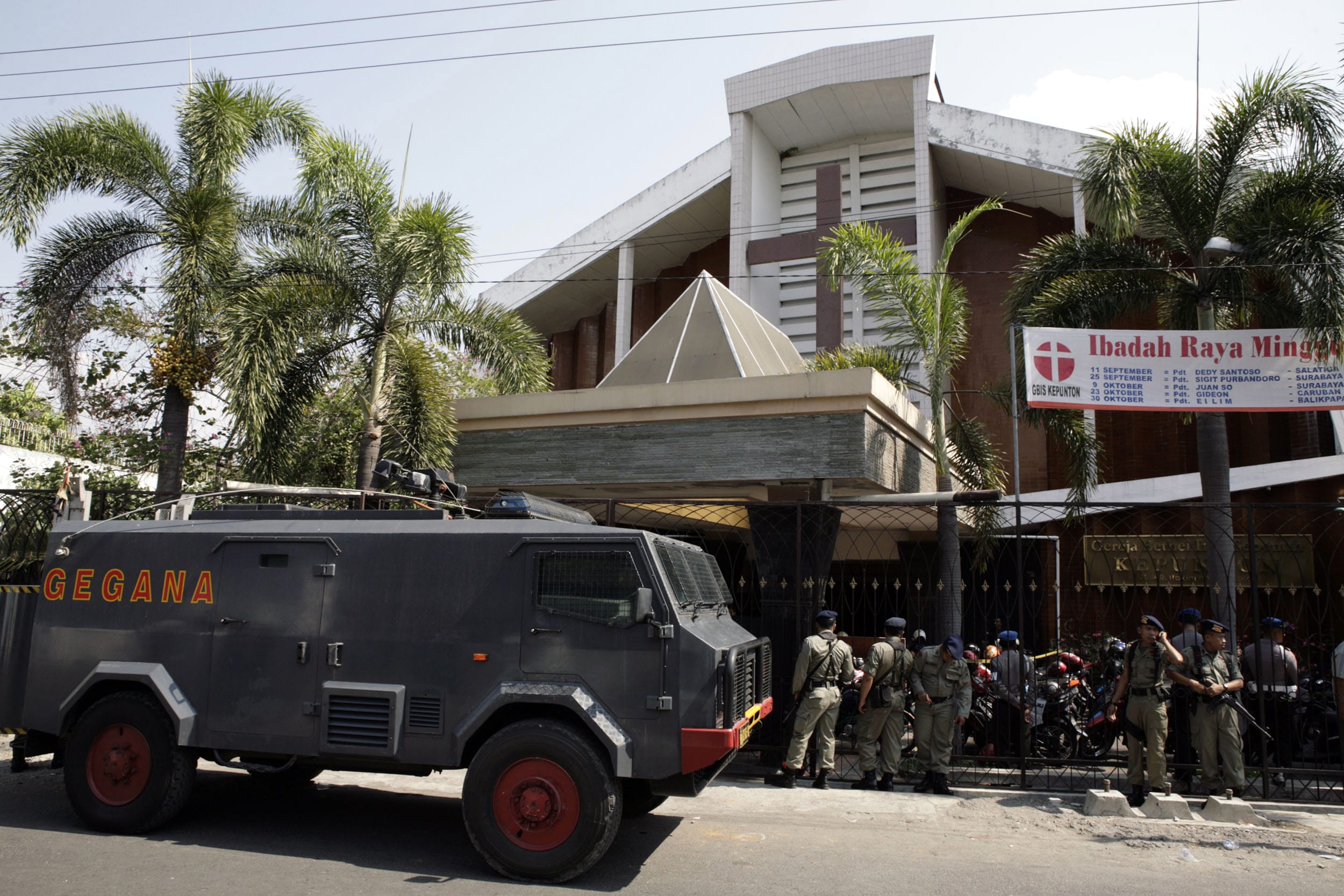 The bombing of the protestant church in Solo City, central Indonesia, was the latest in a series of deadly attacks on minorities. Photo: Reuters/Andry Prasetyo

Wellington, New Zealand – A suicide bomber blew himself up on the porch of an Indonesian church packed with hundreds of worshippers on Sept.25, injuring 28 people, some critically.

The bombing of the protestant Bethel Injil Sepuluh church in Solo, a city in central Indonesia’s Java province, was the latest in a series of deadly attacks on minorities in the in the world’s most populous Muslim-majority nation. Witnesses reported hearing the blast 500 meters away. Religious Affairs Minister Suryadharma Ali strongly condemned the attack and urged the police to investigate.

Police initially reported a teenage girl had died of injuries sustained in the blast, but later said the bomber was the sole fatality. They plan to heighten surveillance of local churches.

Indonesia, a predominantly Muslim nation, has been hit by a string of suicide bombings. National police spokesman Boy Rafli Amar says police are working to match the identity of the slain bomber in Solo with Achmad Yosepa Hayat, one of five suspects in a similar attack at a police mosque in the West Java province of Cirebon in April.

Last week, hundreds of police quelled rioting between Muslims and Christians in Indonesia’s eastern Maluku province that left three people dead and at least 60 injured. The rioting was sparked by the death of a Muslim motorcycle taxi driver on Sept. 11.

Last month, suspected Islamists were behind the burning of three homes used as churches on Sumatra Island’s Riau Province.