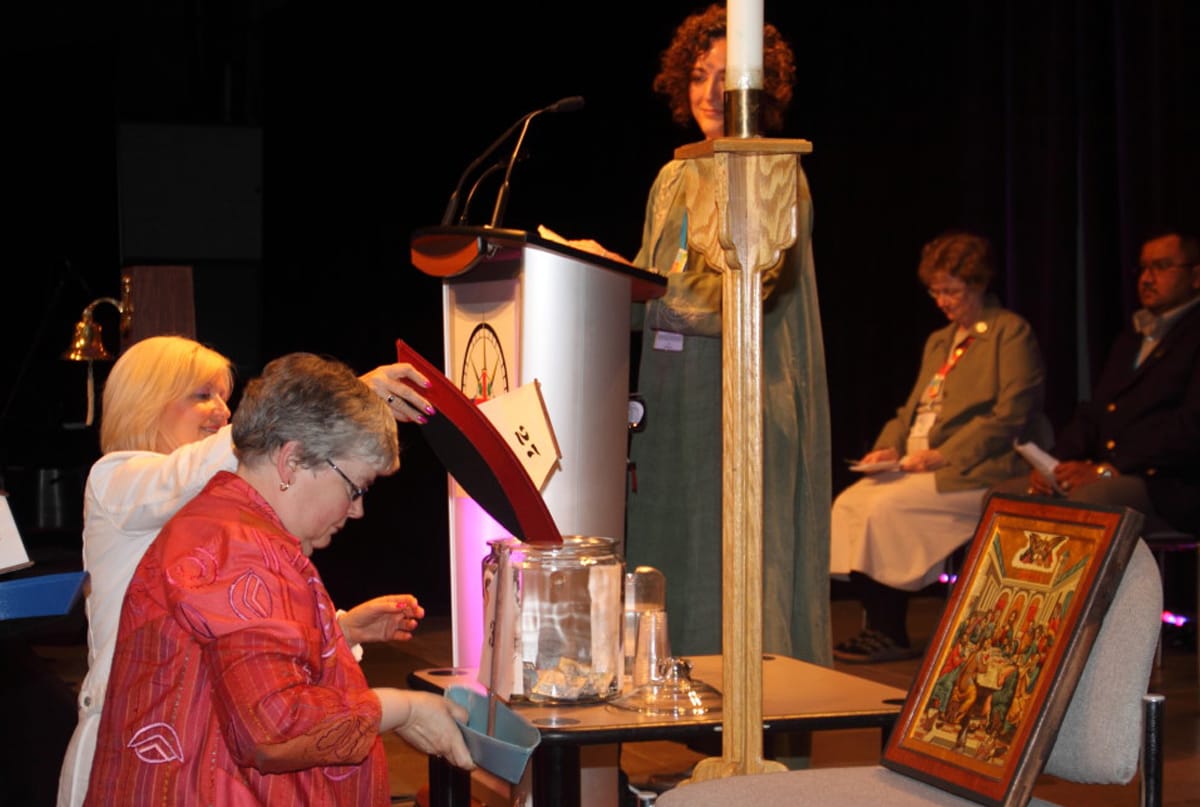 It was Christmas in June when 300 delegates at the General Synod of the Anglican Church of Canada sang Silent Night.

This is the first step in a followup to the incredibly successful Amazing Together video project that asked Anglicans across Canada to videotape themselves singing Amazing Grace and send in the video to Anglican Video at the national office in Toronto. In all, 500 videos were submitted, and the project raised $100,000. Each individual participant was asked to donate a loonie towards a Council of the North suicide prevention program.

A documentary made from the videos won a special jury award at WorldFest Houston in April.

In the new video project, Anglicans in parishes and churches across Canada and the Anglican Communion are invited to sing “Silent Night,” videotape it and contribute a toonie ($2) each. This time, funds will go to the Anglican Military Ordinariate which supports the 78 military chaplains, both clerical and lay, who serve with the Canadian Forces and in the reserves.

Bishop Peter Coffin, the Bishop Ordinary in Ottawa, told synod he had sung Silent Night with forces stationed in Kandahar and throughout the world, with the hope that the day will come when war will cease.

For details of how to submit your video for the Silent Night Project, go to www.anglican.ca. Videos should be completed and sent to Anglican Video by December 14. Videos will be compiled into a documentary and posted online in time for Christmas.