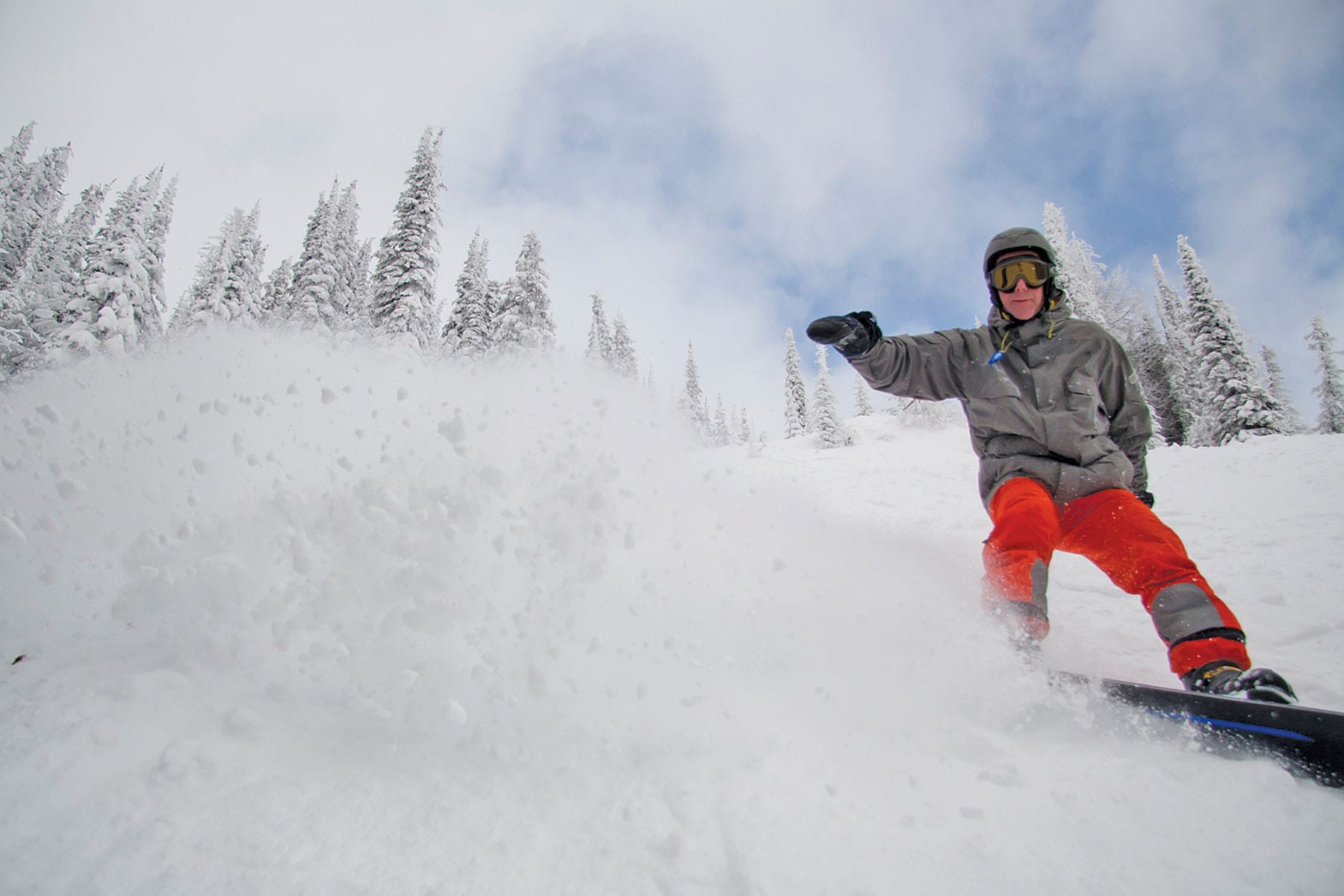 At these moments, you are completely focused on your riding, aware of every nuance of the snow and your board, and almost detached, as if the board is guiding itself and you are just a passenger. Time stops.

The Rev. Canon Neil Elliot has been snowboarding for about as long as he has been an Anglican priest. Along the way, his two callings merged, leading him on a search for the spirituality of snowboarding.

What he found could represent a new direction for the church and religion in the  21st  century.

Elliot, a 40-something native of London, England, and canon at St. Andrew’s Anglican Church in Trail, B.C., is possibly the first person ever to complete a PhD in snowboarding.

His thesis, entitled “Soul Riding and the Spirituality of Snowboarding,” was recently accepted by Kingston University, London. In his dissertation, Elliot seeks to discover if people find spirituality through the popular sport, and if so, in what form.

“I discovered that there was a term ‘soul riding’ in the language of snowboarding,” Elliot says.”This fascinated me. I wanted to know what it was, who the ‘soul riders’ were and how I could do it. Then I became a university chaplain, and realized that I had an opportunity to study this concept of ‘soul riding.’ “

After doing some initial research, Elliot realized that he had, indeed experienced soul riding-as is clear in his firsthand description of it.

“Sometimes it all seems to go silent, and it’s just you and the snow. Even the sensation of constant turning disappears,” he says. “At these moments, you are both completely focused on your riding, aware of every nuance of the snow and your board, and almost detached, as if the board is guiding itself and you are just a passenger. Time stops.”

As part of the research that informed his 300-page thesis, Elliot interviewed 35 experienced snowboarders in the U.K. and Canada about their experiences of spirituality. Some claimed to be devout, while others said they were not religious at all. Nearly all, however (95 per cent), said snowboarding was a spiritual experience.

Elliot says part of his research was aimed at an investigation of modern spirituality in the face of a “shrinking adherence” to churches and organized religion. “There is a continuing if not growing interest in spirituality,” he says. “People may not want church, but they are not content with a purely materialist view of life. They want to believe in ‘something more,’ even if they don’t know what that is.

“The reference to spirituality in soul riding,” he continues, “is an example of this interest in non-religious spirituality. Soul riding may be an indication of the emerging spiritualities that are forming an alternative to the mainstream religions and religious systems.”

His research highlights a need for the church to have a more malleable approach to spirituality, says Elliot. Instead of an institution that dictates what an individual has to do, he’s learned that seekers are looking for a community where they will get the support they need to find their path.

Elliot wants to start what he calls a “soul riding community” for people who feel church is not for them. They can use the resources of the church, but in a different way. And members of this community of soul riders need not be expert snowboarders, nor even snowboarders at all, according to Elliot. Soul riding can be applied to most any activity in life, from other outdoor sports like hiking, biking and fishing to the most mundane of everyday activities.

Colin Payne is a writer and photographer who lives in South Slocan, in the heart of B.C.’s Kootenay region.