Six months later, many in Haiti feel, ‘it just happened’ 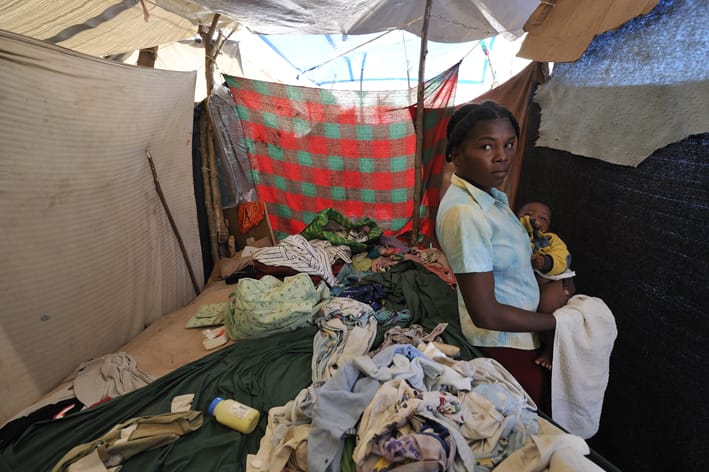 Some Haitians feel as if it happened just days ago, the Rev. Kerwin Delicat, an Episcopal (Anglican) priest based in the city of Leogane, said as people prepared to mark six months since a calamitous earthquake struck on January 12.

While some progress is discernable such as students being back at school for some time, Leogane, like the capital of Port-au-Prince, is still years from recovery.

"Eventually, there will be a return to normal life," Delicat said in interview. "But it’s been just less than six months. It’s like something that just happened."

Many residents still mourn loved ones. For some, trauma is less palpable than immediately after the quake. But others are still struggling to resume their lives, Delicat said.

"It will take a long time for many families to restart a normal life, because the consequences have been so huge," Delicat said in an interview with ENInews. "A man works 30 years of hard labour, then, in one day, in one instant, he loses his wife, his children."

"’Oh my goodness,’ people say, ‘Stay away from it’," Delicat said. "Haitians are still frightened of concrete houses."

Prospery Raymond, country manager for Christian Aid, the Britain-based organization that belongs to the global Geneva-based ACT Alliance, a humanitarian aid group, felt comfortable returning to sleep at his damaged, but not-destroyed home in Port-au-Prince.

Raymond’s home fared better than his workplace: the Christian Aid office was destroyed in the quake. Staff had to relocate.

He is impatient at the slow pace of some recovery efforts and he wants the Haitian government to be more forthright in finding better, and ultimately permanent, housing for those uprooted.

The tens of thousands still in displacement camps and living in tents cannot languish there forever, Raymond said prior to the six-month mark since the quake struck. "That is not a long-term solution." He explained, "’Building back better,’ not only means building back better homes, it also means being accountable."

At the same time, Raymond said the international community must "accompany" a weakened Haitian government and find ways to coordinate better with authorities. "Now that six months have passed there is no longer any excuse for not working effectively together," he said.

One of the numerous ways Haitians have found to cope is to seek a cosmic meaning in the disaster, specifically, that the quake was divine retribution for perceived sins in Haitian society.

Delicat forcefully rejects that argument, saying "quite definitely no". The disaster "was a not a punishment," he said. "It happened in Haiti, but earthquakes have happened in other countries."

The broader theological question, Delicat said, is how Haitians can find "a way to take responsibility, as human beings, as co-creators with God to rebuild and reconstruct the country".

As Delicat spoke, students at the Sainte Croix School, where Delicat is principal, attended "catch-up classes" in eight school tents provided to the school. School structures were among the buildings that collapsed on 12 January, as did other church diocese buildings.

"The buildings were destroyed," he said, "but the Church remains firm because the people are still here."

? Chris Herlinger, a New York-based writer for ENInews and who works for the humanitarian agency Church World Service, was recently on assignment in Haiti for the Geneva-based ACT Alliance.