Home » Save the rails! 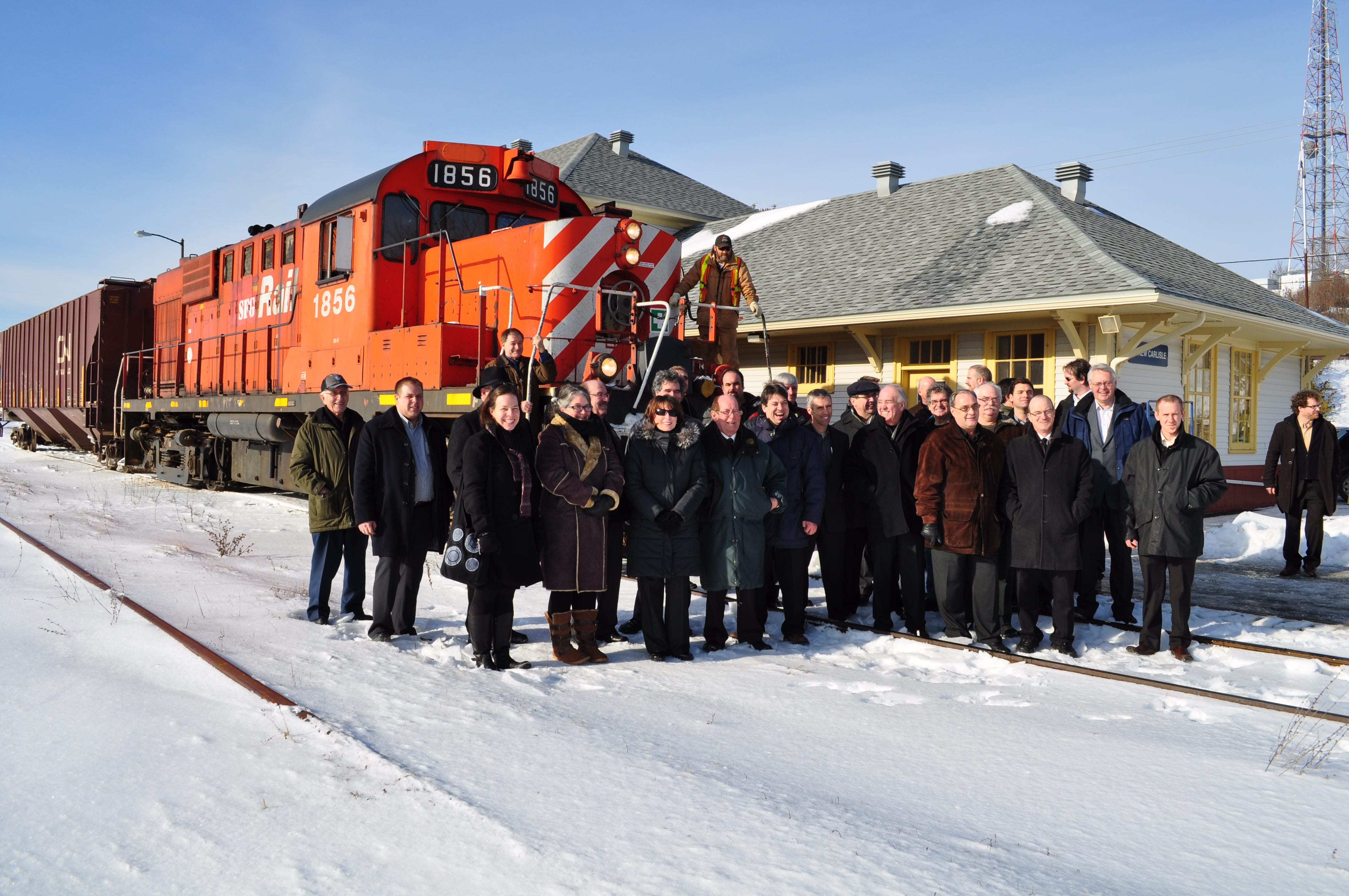 Protestors gather at the station in New Carlisle, Que., to spotlight the need to fund the endangered Matapedia-Gaspe line. Photo: Sonia Landry

Environmentally friendlier than cars? Absolutely. A vital link for seniors, youth and visitors who rely on public transportation? Definitely. Indispensable transport for regional industries? You better believe it. So why are governments not supporting Quebec’s venerable Matapedia-Gaspe rail line?

The Anglican diocese of Quebec and the Roman Catholic diocese of Gaspe know why and are enlisting the aid of concerned citizens to change their minds. The two dioceses “are profoundly disturbed at the direction Via Rail and the Government of Canada are taking regarding the operation of the Matapedia-Gaspe rail line,” the two dioceses said in a joint communique.

Via Rail, in fact, does not own the tracks on the line; it just provides the trains. The actual rail line was bought in 2007 by a cash-strapped co-operative of regional municipalities, la Societe du chemin de fer de la Gaspesie (SCFG). But, argues Anglican Bishop Dennis Drainville, when it did, “it neglected the line’s infrastructure for many years and was ready to pull up the tracks and sell them to India!”

SCFG hopes to open discussion on financial support with Jean Charest, premier of Quebec and Denis Lebel, federal minister of economic development. “We need $19 million over five years to bring this railway, which has been be neglected for 30 years, up to speed,” said Francois Roussy, SFFG president in a news release.

According to he joint communique from the two dioceses, successive federal governments and Via Rail have conspired to close down the Gaspe line for more than two decades. “We would not have this infrastructure problem if the Government of Canada and the Canadian National Railway Company had funded the line appropriately over the years,” the communique said. “But because of its chronic underfunding and because it doesn’t fit into Via Rail’s policy, which is geared only to the Quebec-Windsor corridor, we are now close to losing our lifeline to the rest of Quebec and Canada.”

Bishop Drainville, who has been involved in several campaigns to save the line, noted that a 2011 engineer’s report said the line was safe, except for a section at a bridge, whose repair was made a priority by the current owners. “This battle takes place regularly because governments in their haste to find resources for urban areas are quite willing to deprive rural citizens of even the most basic and essential services, ” he said.

The importance of the rail line to the social and economic fabric of the region is incalculable, the dioceses said. Seniors and the ill use it to receive medical treatment in Rimouski, Quebec and Montreal. Tourists travel it to visit the Gaspe and help support an “economy ravaged for generations by the government policies that have exploited the Gaspe’s natural resources leaving behind little to employ the local workforce. It is the means by which our young people go to and from colleges and universities.” It provides transport for regional businesses such as LM Wind and Power and Gaspesie Diesel. The line is also environmentally benign for surrounding land and waterways.

As Fr. Gerard Ste Croix, vicar general of the diocese of Gaspe recently said: “The loss of the train service will have a significant negative impact on the whole of the region. Many of the most vulnerable people will feel the impact. We must not let this happen.” Representatives of the two churches have agreed to work together to help the rail line survive as the vital public service it is. They call on all citizens to take the issue seriously