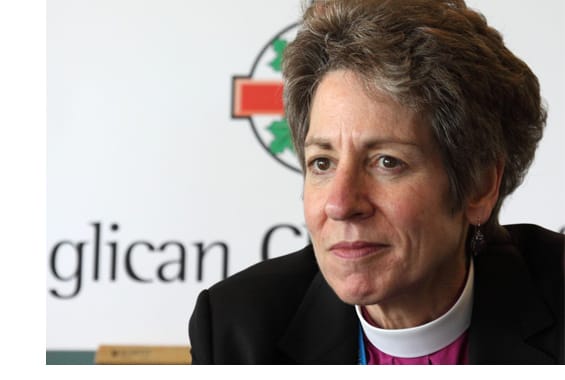 Jefferts Schori said that the council and the church face a "life-or-death decision," describing life as "a renewed and continually renewing focus on mission" and death as "an appeal to old ways and to internal focus" which devotes ever-greater resources to the institution and its internal conflicts.

"We need some structural change across the Episcopal Church," she said. "Almost everywhere I go I hear dioceses wrestling with this; dioceses addressing what they often think of as their own governance handcuffs, the structures that are preventing them from moving more flexibly into a more open future."

Later in her remarks, Jefferts Schori said "we need a system that is more nimble, that is more able to respond to change," calling for "a more responsive and adaptable and less rigid set of systems."

The presiding bishop, who also chairs the council, issued her challenge during her traditional opening remarks to council’s first plenary session, which came in the middle of its Oct. 23-25 meeting.

"Fortunately God has called us to this ministry and has given us the gifts to do what needs to be done," she said. "It is all of us, together – bishops, laity, clergy – who govern the Episcopal Church. Make no mistake about it: our form of governance enables our mission."