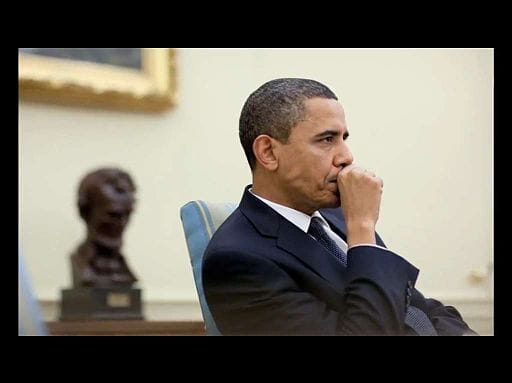 In politics and religion, same-sex marriage is a Rorschach inkblot test of the contemporary psyche. Some people see in it an equalizing measure reflecting the best of democratic egalitarianism and Christian inclusiveness. Others see it as the undoing of the bedrock of the family and the sared, Genesis-sanctioned bond between man and woman.

So when, on May 9, President Barack Obama announced his personal support for full-fledged same-sex marriage, opinion was divided, and speculation was rampant about how his declaration would play out at the polls in a country evenly split on this polarizing issue.

Obama once said that his faith defined marriage as a man-woman union and believed that civil unions would suffice for same-sex couples. But as Obama told ABC News, "At a certain point I’ve just concluded that for me, personally, it is important for me to go ahead and affirm that I think same-sex couples should be able to get married."

The impetus for this shift in thinking, he added, was witnessing same-sex couples raising children in committed relationships and realizing that many gay U.S. military personnel who were putting their lives on the line overseas "were not able to commit themselves in a marriage."

The Anglican Journal spoke about Obama’s change of heart to the diocese of Montreal’s Bishop Barry Clarke, who also supports same-sex marriage and civil unions between lesbian, gay, bisexual and transgendered (LGBT) people. "From my perspective, this is a good-news story, especially as a statement from someone with such political clout and international presence," says Clarke. "It’s a good way to move forward for the community." He notes that many gay American couples have come to Quebec to legitimize their unions.

Same-sex marriage was made legal in Canada in 2005.

Clarke wonders, however, about Obama’s motives at this election year and also whether he may have created a problem for himself at the voting booths come November. He concedes the declaration may be driven by political expediency or it may be a case of "someone bold enough to stand up regardless and say, ‘We have to move forward around this issue of human rights, justice, dignity and equal treatment.’" Equality-in health care and the military, for example-has been one of Obama’s strongest platforms, he notes.

On the opposite side of the country, Bishop William Anderson of the diocese of Caledonia expresses an opposing view. "I’m rather cynical when it comes to politicians in the middle of a campaign, and I wonder if the president should be making these personal declarations or should he be representing the thinking of the majority of the people."

One of his primary concerns as a clergyman is whether marriage can be redefined to suit this cause. "I would argue that theologically it cannot," he says. "We can pass political resolution still the cows come home, but that does not change the inherent reality of what marriage is."

He feels that to accept same-sex marriage for political advantage or by pressure without informed debate is the wrong way to go. "It’s dangerous to close down the debate in response to accusations of being homophobic or reactionary. That precludes discussion on whether same-sex marriage is possible or healthy." Anderson feels strongly that children need the balance of both a male and a female parental model that traditional marriage provides.

In 2004, same-sex marriage became a reality in the U.S. after the Massachusetts Supreme Court ruled that it was required under the equal protection clause of the state’s constitution. Before this year, same-sex marriage was also legalized in New York, Connecticut, Iowa, New Hampshire, Vermont and Washington, D.C. Other states are grappling with the issue, and early this month, North Carolinians voted overwhelmingly for a constitutional amendment banning same-sex marriage.