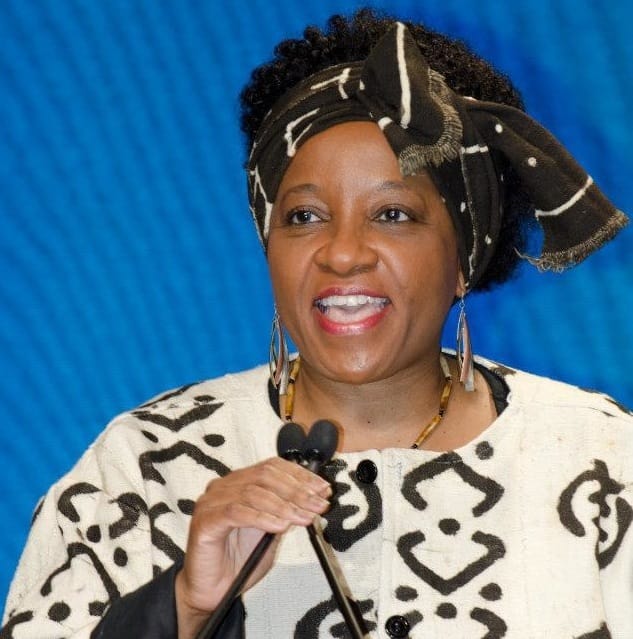 Nontombi Naomi Tutu, daughter of Archbishop Desmond Tutu and a powerful social activist in her own right, will be part of 150th anniversary celebrations for the diocese of Ontario in June.

The diocese has been celebrating its anniversary all year, but a Sunday June 3 eucharist at the K-Rock Centre-a venue normally used for rock concerts, comedians and hockey games-will be the biggest, most public event the diocese has seen in many years. It has been funded by independent donors in the diocese and the community.

Diocese of Ontario Bishop Michael Oulton calls the celebration “a powerful reminder of the mission to which we have been called as disciples of Jesus Christ.” He says it will “honour the faith” of those who brought the diocese into being in the first place.

The highlight of the day will be Tutu, whose background and experience are as powerful as her words. Tutu will inspire her listeners “to engage the world with the mandate of hope, justice and reconciliation as bearers of the good news,” says Oulton.

Born and raised in South Africa during apartheid, Tutu was educated in Swaziland, the U.S. and England and holds an MA in international economic development. At the University of Cape Town, she was program co-ordinator at the African Gender Institute and has worked, taught and advocated for race and gender justice. She lives in the U.S. and travels extensively to promote human rights.

Perhaps her most cherished concept is “ubuntu,” an African term used to describe the concept of inter-connectedness and shared humanity.

All congregations in the diocese of Ontario-as well as other members of the community-have been urged to attend the June 3 event, and organizers expect as many as 2,000. There will be one massive choir, made up of many parish choirs, that will be guided by Michael Capon, organist, composer and director of music at St. George’s Cathedral.

Also visiting, by fortunate happenstance, will be several African bishops. The bishops will be “in town,” so to speak-actually, in Toronto-for the Consultation of Anglican Bishops in Dialogue-and  will travel to Kingston for the celebration.

Francie Healy is the editor of Dialogue, the newspaper of the diocese of Ontario.