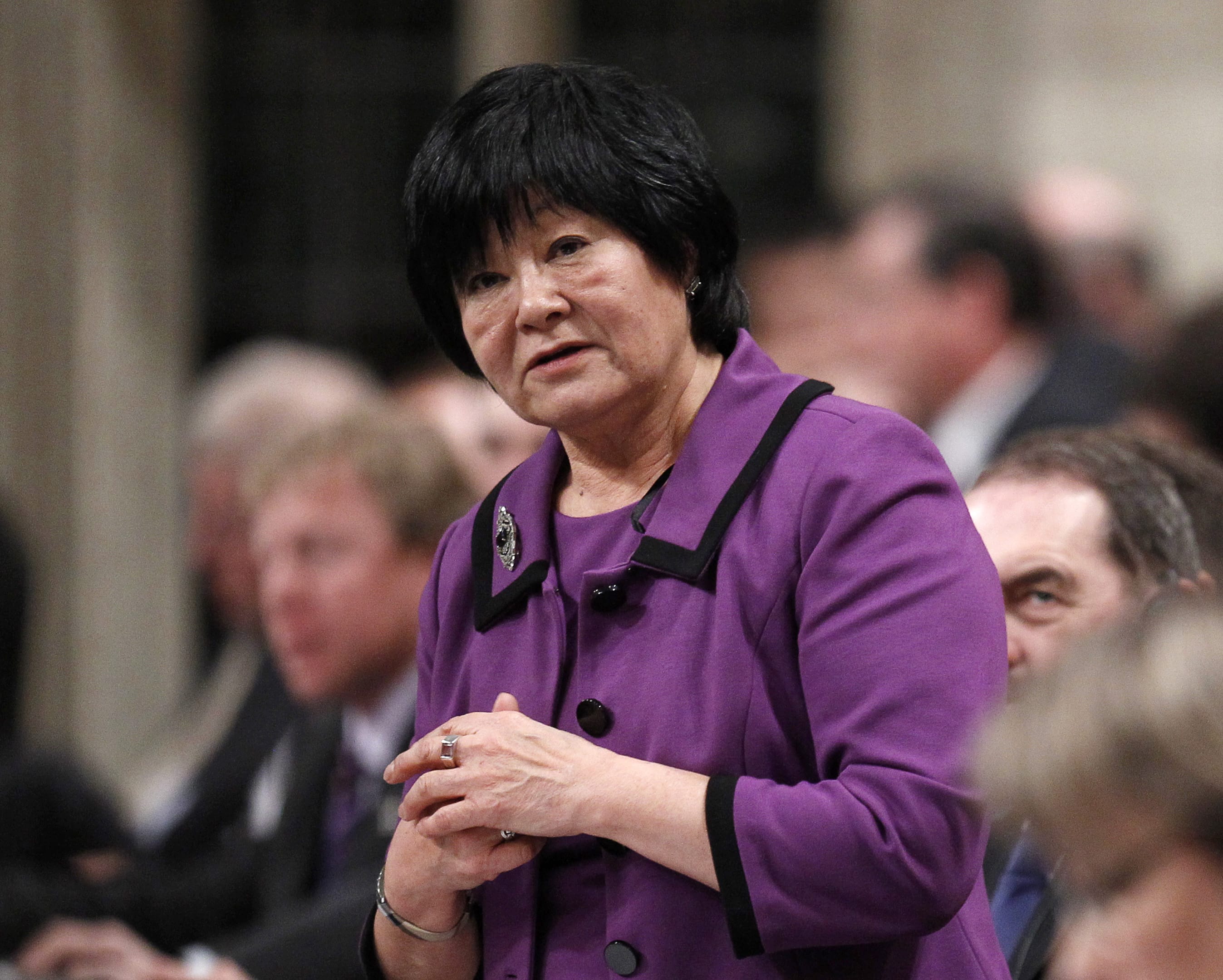 Minister for International Cooperation Bev Oda has admitted to ordering the alteration of a document on funding for the ecumenical justice group, Kairos. Photo: Reuters

The revelation that cabinet minister Bev Oda ordered the doctoring of a document on foreign-aid funding “raises pretty serious concerns” about the transparency and accountability of the federal government’s government decision-making, the ecumenical justice group, Kairos, has said.

Oda, the Minister for International Cooperation, admitted on Feb. 7 that she had instructed the word “not” be inserted in a 2009 recommendation by Canadian International Development Agency (CIDA) officials that approved a $7.1 million grant for Kairos. Last December, Oda told the House of Commons that when she signed the document, it had not contained the word “not.” She said that she did not add the word, nor did she know who did.

“What is of particular concern to us is that the minister rejected the advice of her international development experts and an independent evaluator who said that our program got results, [and] was effective,” said Jennifer Henry, Kairos’ dignity and rights manager. “We’re concerned about what other advice the minister is receiving.”

Calls for Oda’s resignation have been mounting, not just within the ranks of the Opposition parties in Parliament but from the Canadian public. More than 88 per cent of those who took part in an online pollconducted by the CBCaid that Oda should resign, in response to the survey question, “Are you satisfied with Bev Oda’s apology?” Over 6,800 people participated in the CBC survey.

Prime Minister Stephen Harper and senior members of the Conservative Party, however, have come to the embattled minister’s defence, saying Oda was merely exercising her responsibility as a minister.

Asked to comment on the calls for Oda’s resignation, Henry said, “Parliamentarians have initiated a process and that’s their role; they need to see that process through.”

Kairos’ priority are its 20 partners overseas, Henry added, whose work for justice and human rights has been hampered because of the cut in funding.

Kairos wants the second proposal that it submitted in March 2010 to be “examined on its merits” and funded. And, said Henry, Kairos would like to see “a more transparent discussion” about the future of international development in Canada.
“What we’re concerned about now is that CIDA has changed the way it funds organizations, through a competitive bidding process,” Henry said. Grants that are being offered are also short term.

“To us, international development is about long-term partnership and the long, hard work of transformation,” she said. “That’s how change comes. You don’t end apartheid or cancel debt around the world in a month. If you want transformative change, you have to work and build capacity over the long haul.” International development is “not just about addressing the symptoms, but getting to the root causes” of problems, she added.

CIDA initially said in November 2009 that Kairos’ application had been rejected because “it no longer fits CIDA’s priorities.” But a parliamentary committee was told on Dec. 9 that CIDA bureacrats actually had approved the application. Oda was questioned by a parliamentary committee after documents obtained by journalists through Access to Information requests showed that the Kairos 2009−2013 proposal was strongly supported by CIDA in recognition of its “strategic alignment with CIDA objectives.”