Home » Missives of comfort and encouragement

Missives of comfort and encouragement 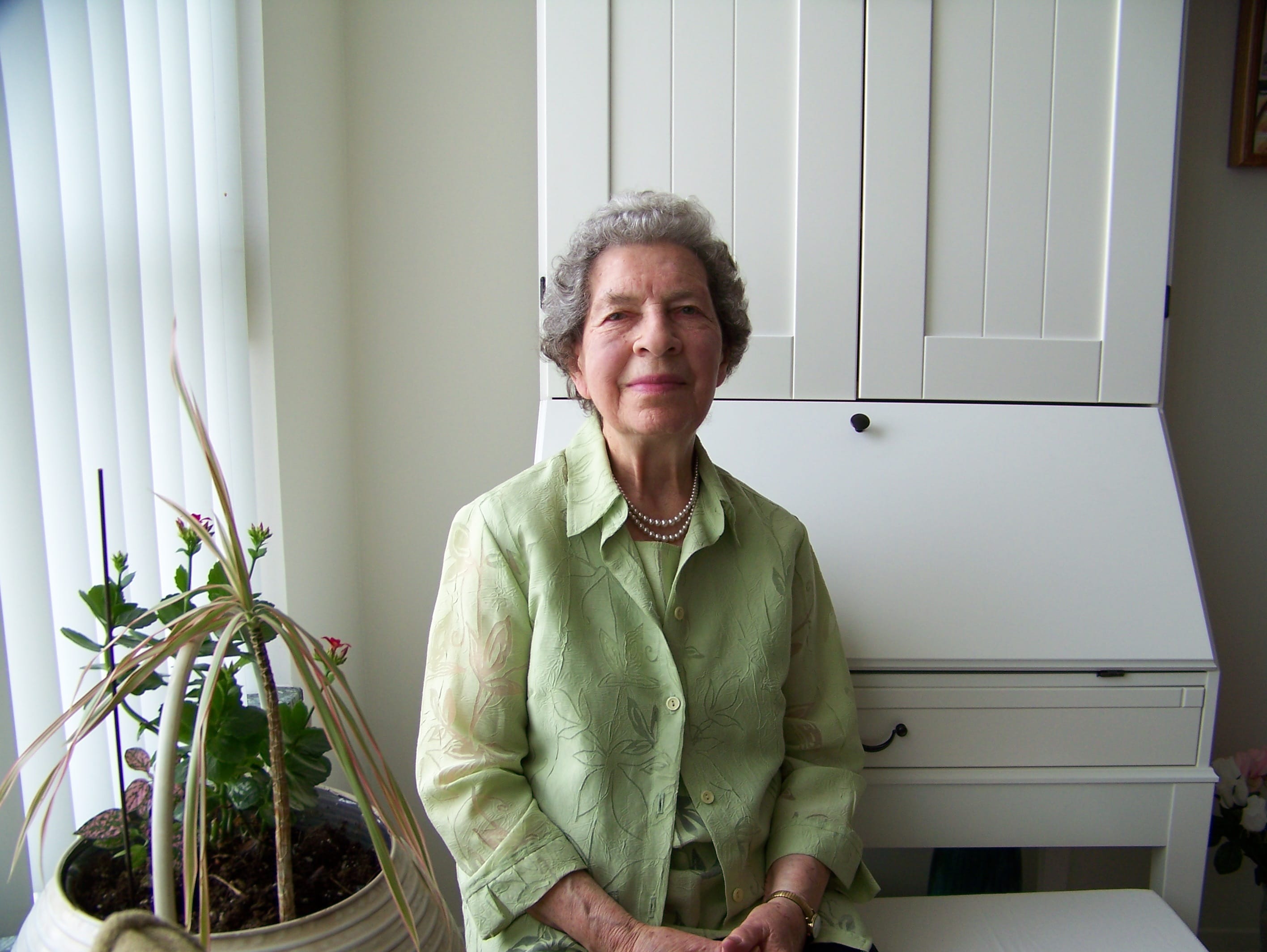 In her 10th decade, Evelyn Chipperfield is still serving others. Photo: Diana Swift

Evelyn Chipperfield may be turning 91, but that’s not stopping her from living the Marks of Mission in the service of others.

The slim, elegant west-end Toronto widow-who looks easily 15 years younger than her age-continues to reach out to others in the same way she did as a teenager, when she started writing weekly letters to local men fighting overseas in World War II.

A parishioner at the Church of the Advent in Etobicoke, Chipperfield now sends letters of comfort to the sick and housebound and messages of encouragement to those who’ve recently moved from the parish, wishing them well in their new abodes.

Chipperfield, by the way, could give us all a lesson in penmanship. Seated at a white desk in her immaculate apartment, she pens her letters in a fine cursive hand and is frankly taken aback at what passes for acceptable handwriting nowadays.

She can’t recall a time when she wasn’t active in the Anglican church-or the Church of England in Canada, as it used to be known-even when she was bringing up four children who have given her 10 grandchildren and 10 great-grandchildren. One of her favourite church projects was making tiny nightgowns for babies born to teenage girls in Humewood House, a Toronto home for unwed mothers.

No stranger to hard work, she grew up as Evelyn Hill in a family of seven where everyone pulled his weight. Born in 1921, she lived part of her childhood in the hardships of the Great Depression. “We had paper routes and we used to sell newspapers before and after school at the train station. Most papers had a morning and an evening edition back then,” she recalls. “There was a lot of choice-the Toronto Star, the Telegram, the Globe, the Mail and Empire. We even sold the Philadelphia Inquirer.”

After finishing high school, Chipperfield tried her hand at housekeeping but soon went to work in a local factory making costume jewellery.

She has lived through her parish’s transition from low-church services to a high-church Anglo-Catholic mode of worship. That took some acclimatization on her part, she concedes. “We were brought up so low church, we didn’t even have candles for Advent,” she recalls.

A staunch monarchist, Chipperfield travelled to London last April to attend the royal wedding. It’s a good bet that she can still drop an elegant curtsy.

Each year, Chipperfield supervises the parish’s distribution of coin folders for Lenten giving-latter-day versions of the old pyramid-style mite boxes she grew up with. She also serves as convener of her church’s 71-member branch of the Needlework Guild of Canada, a national clothing and disaster-aid charity.

But her main focus remains reaching out to people through letters. Even in this age of instant messaging, “a lot of people still like to get a handwritten letter,” she says.