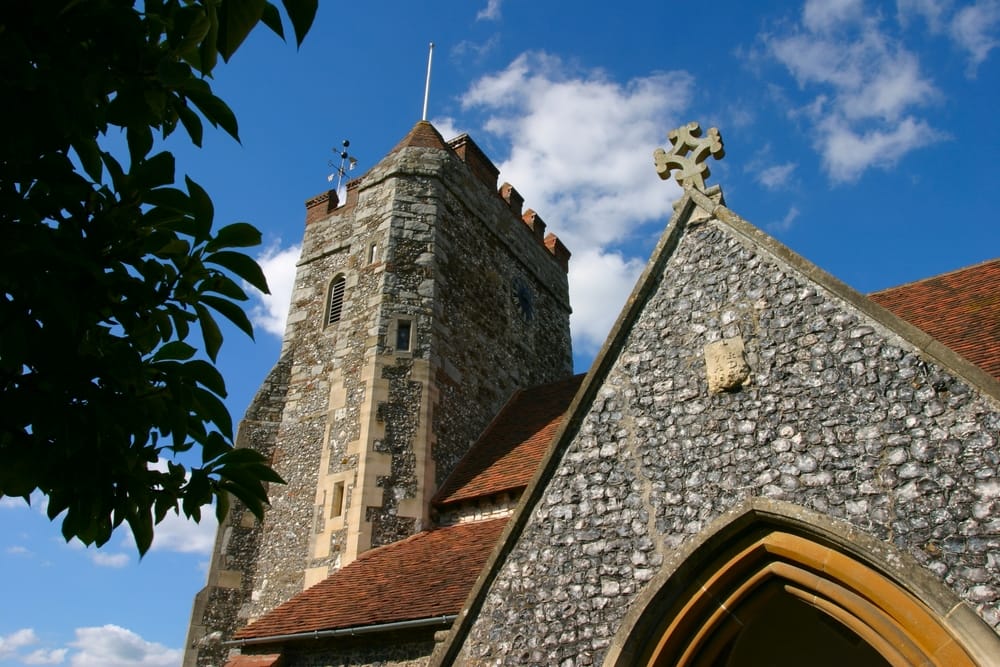 Theft of copper cable from churches, railways and historic buildings is a growing national problem in Britain. Photo: Peter Clark

"Boom conditions in China, India and Brazil have created an incredible demand for lead and copper," Katri Link, senior press officer at Ecclesiastical Insurance, a private company that insures about 90 percent of churches in England and Wales) told ENInews. "Church roofs are often the target, threatening some churches with bankruptcy," she said.

Theft of copper cable from churches, railways and historic buildings is a soaring national problem in Britain. Deputy Chief Constable Paul Crowther of the British Transport Police described the issue as "one of the force’s biggest challenges after terrorism." Metal theft accounts for 7,000 to 10,000 crimes a month across the nation, British Transport Police spokesperson Simon Letouze told ENInews.

"The situation is growing worse all the time," the Rev. Paul White, Anglican vicar at All Saints Church in the village of Woodchurch in Kent, southeast England, told ENInews. Thieves have returned ten times over four months to strip all the lead from the roof of the church where between 60-70 villagers gather every Sunday. Now the congregation needs to raise 50,000 pounds to repair the roof and stop rainwater leaks from destroying paintings and the organ, said White.

Ecclesiastical caps payouts at 10,000 pounds and promises to keep premiums as low as possible to help financially strapped churches. It received 1,900 damage claims from January to August this year, compared with ten claims in 2003.

St. John’s Church in Dukinfield, Greater Manchester, had more than a tonne of lead taken from its roof in July. The Rev. Tim Hayes said he noticed the theft quickly, so his church did not suffer water damage, although the repair bill amounted to thousands of pounds.

The Church of England has suggested ways churchwardens might guard against roof plunderers, including the removal of ladders or other items which could facilitate access and the restriction of vehicle access. "It is also vital to check your roof regularly, for example with binoculars from the ground, as the theft of a roof might go unnoticed during dry weather," the Church of England said in a statement.

Because of the soaring cost of copper and lead, English Heritage (an agency that protects England’s historic and cultural environment) has abandoned its usual policy of always requiring exactly the same replacement material when buildings and monuments have been damaged.

Diana Evans, head of Places of Worship Advice at English Heritage, said in a statement that the agency is "very concerned about the damage to important buildings, the cost of repairing each one and the additional work inflicted on those who care for historic places of worship.?

The price of copper came close to US$10,000 a tonne earlier this year, having fallen to as low as $2,825 a tonne in December 2008 due to the financial crisis affecting demand. Copper prices on the London Metal Exchange have recently fallen to $7,000 a tonne but Ecclesiastical said in a statement they are expected to rise again soon.