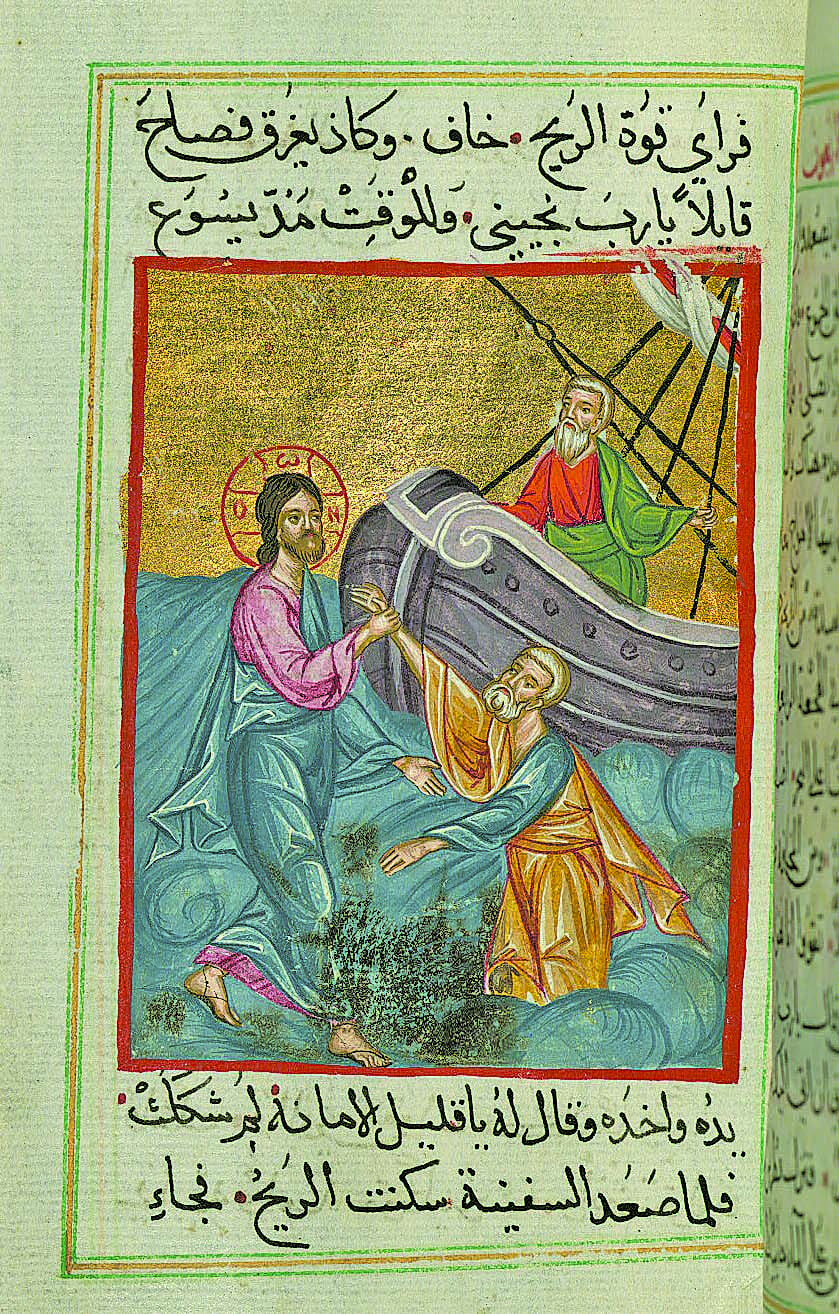 JESUS walks on water in this illustrated Arabic manuscript of the gospels by Matthew, Mark, Luke and John.
Photo: Alex Smith

In these days of often bitter conflict among Muslims, Christians and Jews, one University of Toronto scholar is exploring fresh evidence of the cultural bond among these three religions: little-known medieval translations of the Holy Bible into Arabic.

Dr. Walid Saleh, who was born in Columbia, grew up in Lebanon, and is now an associate professor of religious studies at the University of Toronto, was researching commentaries on the Qur’an when he came across a 15th-century qur’anic exegete from Lebanon who had read an Arabic translation of the Bible. The scholar, al-Biqa’i, enlisted the aid of a local rabbi to help him understand the original Hebrew text. So impressed was al Biqa’i that he took to penning controversial tracts on the legitimacy of using the Hebrew Bible and the Christian gospels to help interpret Islam’s holy book. He wrote a long commentary on the Qur’an doing just that. In this, he stood boldly apart from contemporary Islamic scholars such as al-Sakhawi, who vehemently opposed the hermeneutical use of non-Islamic scriptures.

In a work known as Bible Treatise, al-Biqa’i condemned the motives of those who attacked his Bible-supported qur’anic commentary, arguing that it was permissible to quote from Jewish and Christian scriptures as long as they were not used as a basis for religious and legal doctrine. Prof. Saleh has published a study and edition of al-Biqa’i’s Bible Treatise in his book, In Defense of the Bible (Brill, 2008).

Used by Arabic-speaking Jews and Christians in the medieval Middle East, these bibles are among the most obscure of the many translations of the Judeo-Christian scriptures, yet Arab poets and novelists of the 19th century were strongly influenced by biblical texts, says Saleh. Ω