MDG summit opens amid calls for action, not just words 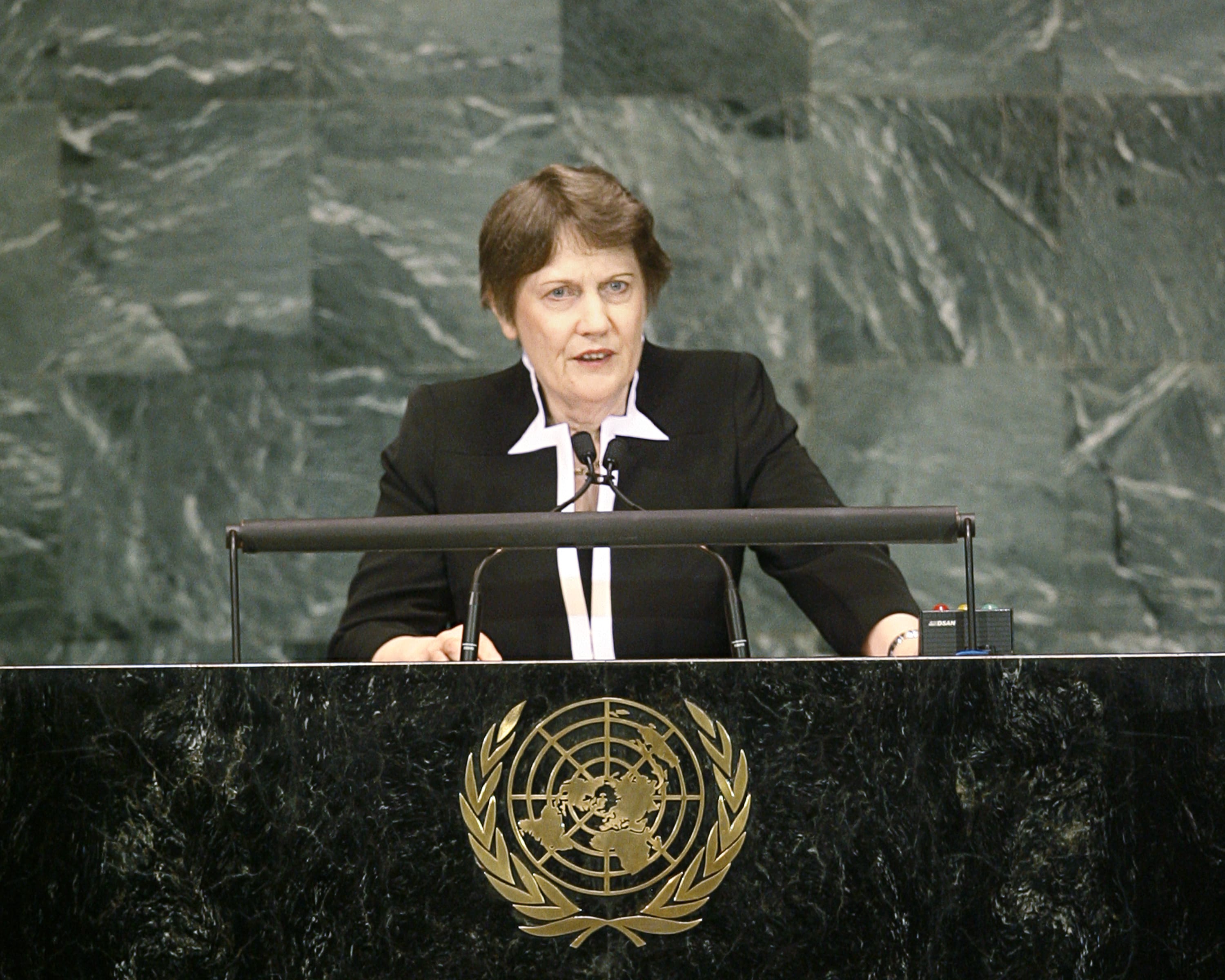 The call for a renewed commitment to the world’s poor was a refrain included in speeches made Sept. 20 on the opening day of the United Nations’ three-day summit in New York on the Millennium Development Goals.

"The challenge will be to follow words with action to bring about positive change for the billions of people who need the MDG promise of a decade ago honored," Helen Clark, U.N. Development Program administrator and former New Zealand prime minister, told the morning plenary session. "The series of global crises, natural disasters and on-going conflicts of recent years do not make the task any easier, but nor do they make it impossible. The MDGs can be achieved. They’re all inter-linked; progress on one can spur progress on another."

The goals are a set of eight targets designed to reduce by half poverty, hunger, maternal and child deaths, disease, inadequate shelter, gender inequality and environmental degradation. The world’s leaders agreed in 2000 to achieve the goals by 2015.

The Episcopal Church has been committed since 2003 to helping the world achieve the standards called for in the MDGs. The goals formed the basis of the church’s budget priorities for the 2006-2009 triennium and a continued commitment to the goals was included in a different set of priorities for the 2010-2012 budget.

Meanwhile, noting that "much has been done," Archbishop of Canterbury Rowan Williams said via a video message Sept. 20 that Anglicans need to work in harmony with governments and non-governmental organizations around the world in order to achieve the Millennium Development Goals by the deadline.

Faith communities, Williams said, can offer "resources not only in terms of skills and persons but of vision and of energy; of faith. A sense of deep obligation, a sense that our welfare is absolutely bound up with the welfare of our neighbor."

"We want to appeal to our governments not to step back from the commitments they have made, to make the best use of their own resources and to build up the resources of others for work together towards a world that we can be proud to live in — a world in which our responsibility for each other is truly and fully exercised, where we can really celebrate the life and welfare of all," Williams said.

In another Anglican connection to the summit, Diocese of Southern Malawi Bishop James Tengatenga, who also chairs the Anglican Consultative Council, was scheduled to speak during a Salvation Army International Social Justice Commission worship service in New York on the evening of Sept. 20. The gathering, hosted by Micah Challenge in partnership with the Salvation Army commission, the New York Faith & Justice Network, and the office of the Anglican Observer at the United Nations, "seeks to highlight a global need for good governance and the promotion of political stability to 190 world leaders as an essential part of the necessary response to extreme poverty," according to a press release.

U.N. Secretary-General Ban Ki-moon told the opening session that "we have more development success stories than ever before. The transformative impact of the MDGs is undeniable. This is an achievement we can be proud of."

"But we must protect these advances, many of which are still fragile," he added.

Ban called on world leaders who are in New York for the U.N.’s 65th General Assembly to be "true to our commitment to end the dehumanizing conditions of extreme poverty."

He said that such loyalty requires supporting the poor despite the world’s economic crisis, instituting "truly fair trade," taking action on climate change, finding ways to address inequality and "reconsidering conventional wisdom."
"Recovery from the economic crisis should not mean a return to the flawed and unjust path that got us into trouble in the first place," said Ban, who alternated between speaking in French and English during his remarks.

Dominque Strauss-Kahn, managing director of the International Monetary Fund, told the opening session that "all other efforts to achieve the Millennium Development Goals will be frustrated" without the "restoration of balanced, sustainable, global growth."

"To regain the momentum, we need a sense of shared responsibility between the various actors — the developing countries themselves, the advanced economies, and the international institutions," he said.

Video streams of individual speakers during the plenary sessions are available here, as is video from MDG-related press conferences and other special summit events.

The texts of the statements by heads of states and other officials made during the opening days’ morning and afternoon plenary sessions are here, many of them in the native language of the speaker.