Home » International Women’s Day: Who will you celebrate?

International Women’s Day: Who will you celebrate? 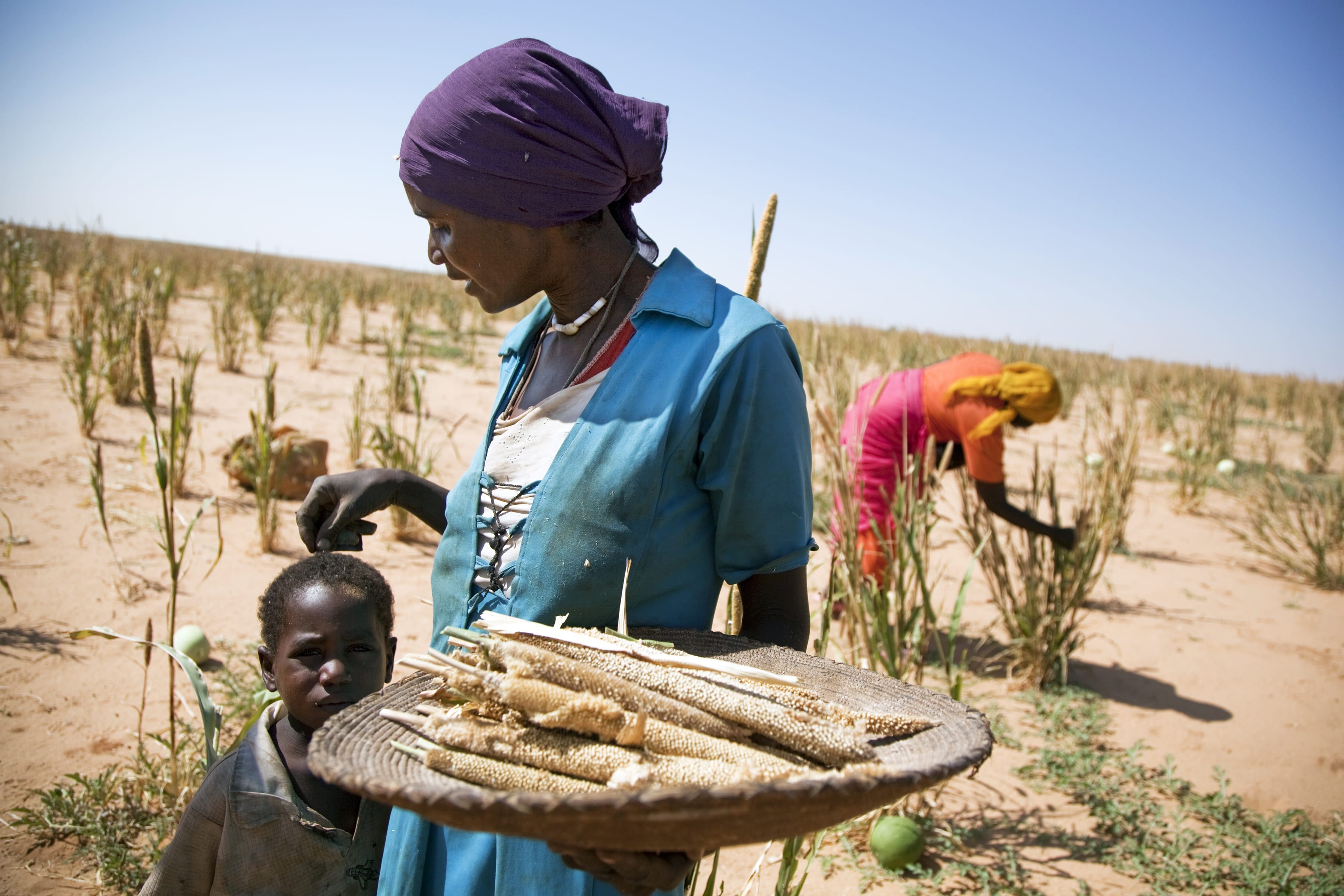 Kaltoum Adam Imam, with one of her five children, collects millet in a land rented by a community leader in Saluma Area, North Darfur. Photo: UN/Albert Gonzalez Farran

In recognition of the International Women’s Day centenary today, the Primate’s World Relief and Development Fund (PWRDF) is suggesting that Canadian Anglicans send a note to a woman who has changed their lives “for the good.”

Ash Wednesday, March 9, is also “a good day to reflect on the women who rise to demand a better world,” said Adele Finney, PWRDF executive director, in a message sent out to PWRDF supporters. “Then write a letter to or on behalf of women who say ‘No more bloodshed.’ Please send PWRDF a copy.”

PWRDF, the relief and development arm of the Anglican Church of Canada, “has committed itself to strengthening the role of women in the world,” said Finney. “…Every PWRDF project has included women not only as beneficiaries, but as visioners, implementers, trainers, advocates for their own and their communities’ futures. (Stories about some of these projects are available here

Countless organizations and institutions are also commemorating women around the world. The Governor General of Canada, David Johnston, urged Canadians to “pay homage to all those who have paved the way for equality” and to reflect “on what still must be done to create a smarter and more caring Canada.”

In a message, Johnston noted that throughout the country’s history, “women have made so many meaningful and significant contributions to society.” Nonetheless, he said, “we must remain vigilant in our pursuit of equal opportunities for women to learn and grow.” He said that women still need to be promoted and encouraged in the area of science and technology.

Meanwhile, YWCA Canada has urged the federal government to address the absence of a national child care services plan, calling it a “social policy gap that is decades behind reality.” In a press statement, YWCA Canada CEO Paulette Senior said “a national plan for quality affordable early learning and child care services is not a luxury, a frill or a threat to Canadian families.” World Vision, also has ideas about how to recognize and celebrate the achievements of women. They include having a dinner that explores the diverse cultural backgrounds of women in Canada. Visit World Vision for details.

At the United Nations, the Food and Agriculture Organization (FAO) said that women in rural areas could feed up to 150 million more of the world’s hungry people if they had equal access to the means of production.

“Gender equality is not just a lofty ideal, it is also crucial for agricultural development and food security. We must promote the gender equality and empower women in agriculture to win, sustainably, the fight against hunger and extreme poverty,” FAO Director-General Jacques Diouf said in a press statement.

An FAO report, The State of Food and Agriculture, released March 7, said promoting gender equality in agriculture could reduce the number of hungry people by 12 to 17 per cent. There were about 925 million people who were undernourished in 2010, the report said. It added that women make up about 43 per cent of the agricultural labour force in developing countries and they tend to be in lower-paid, seasonal and part-time jobs.

“Women farmers typically achieve lower yields than men, not because they are less skilled, but because they operate smaller farms and use fewer inputs like fertilizers, improved seeds and tools,” the report’s editor, Terri Raney said in a press statement.  “Evidence from many countries shows that policies can promote gender equality and empower women in agriculture and rural employment. The first priority is to eliminate discrimination under the law.” He pointed out that in many countries “women do not have the same rights as men to buy, sell or inherit land, to open a savings account or borrow money, to sign a contract or sell their produce…”