Home » In Japan: a priest dead, a chapel ‘drowned’

In Japan: a priest dead, a chapel ‘drowned’ 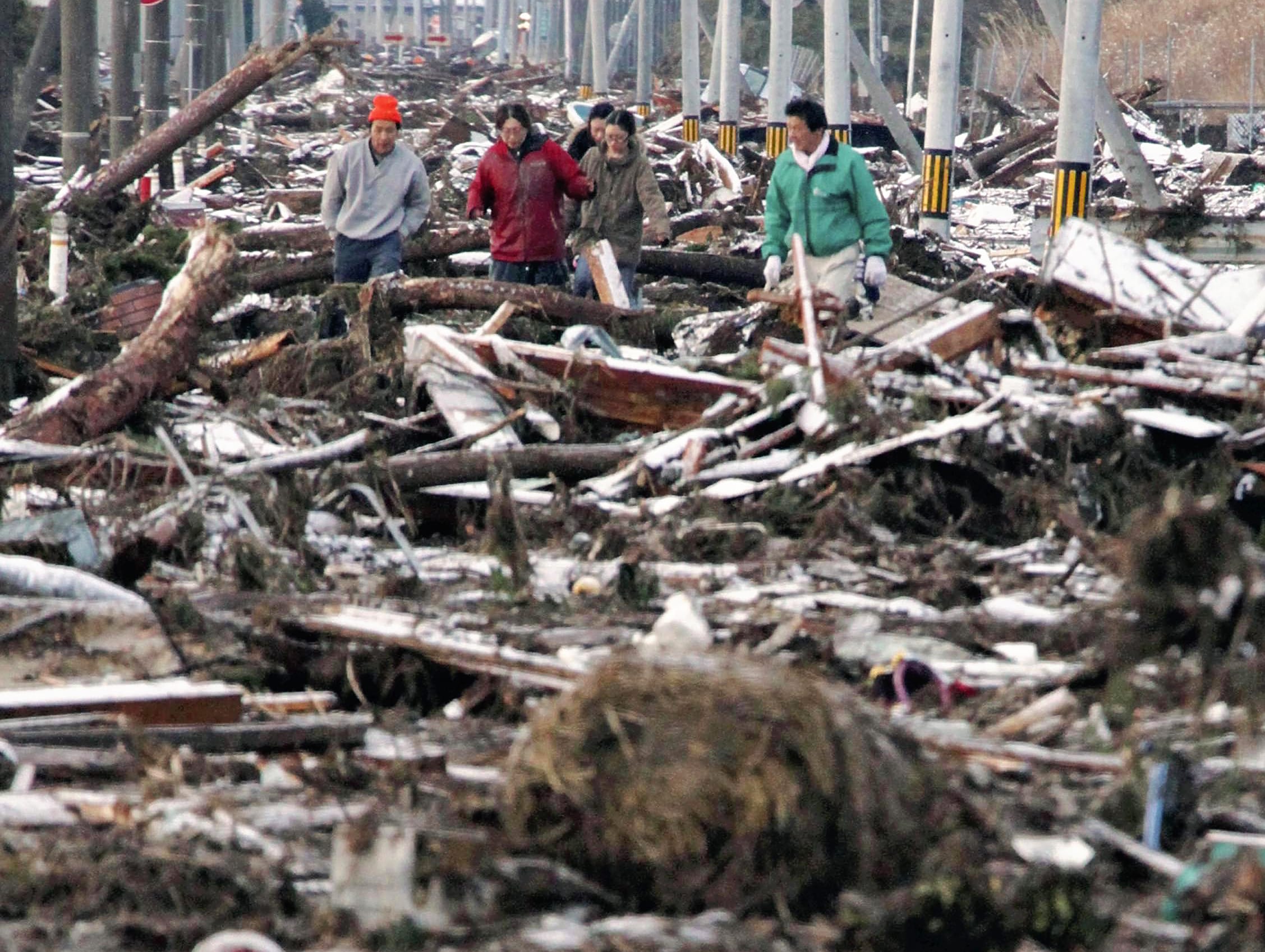 Survivors of Japan’s earthquake and tsunami make their way through a debris-clogged street in Sendai. Sendai’s Anglican Christchurch Cathedral is damaged. Photo: Reuters

Tokyo
Churches are suffering after an 8.9-magnitude earthquake and tsunami devastated northeastern Japan on March 11. The National Police Agency announced that, as of March 14, about 1,800 people have died, and 2,400 are missing. More than 10,000 may have died, according to police and news reports.

A spokesman for the Catholic Bishops’ Conference of Japan told ENInews that a Catholic priest, Fr. Lachapelle Andre, 76, of the Quebec Foreign Mission Society, had been killed in Sendai, one of the cities hardest-hit by the quake and tsunami. The priest "went back to see the conditions of the damages to the Shiogama Church that he was in charge of," said the spokesman. However, there were conflicting accounts from diocesan officials as to whether he died of a heart attack or was caught in the tsunami that devoured towns on the coast.

The Anglican Christchurch cathedral in Sendai is badly damaged, according to a statement from Archbishop Nathaniel Makoto Uematsu. "While there were still so many aftershocks, the church carried out their first Sunday after Lent service in the diocesan office," he said. It has been difficult to reach many churches, and there is particular concern for two churches: Isoyama St Peter?s Church in Fukushima Prefecture and Kamaishi Shinai Church and the kindergarten in Iwate that were close to the sea, he said.

The United Church of Christ in Japan reported on its Japanese website that a chapel of its Shinsei Kamaishi Church in the coastal fishing city of Kamaishi is "drowned into the water" and filled with mud and oil. Earlier, the church had reported that the chapel had been "washed away." The pastor and his wife were evacuated. Built in 2000, the chapel was known as a pioneer "eco-church," with a solar-power system and transparent glass roof.

The church grouping also reported that the tsunami reached the Miyako Church in the city of Miyako, north of Kamaishi. "[The church is] contaminated by heavy oil. The chapel cannot be used," the United Church reported.

The Roman Catholic Diocese of Saitama, north of Tokyo, reported "severe damage" to a monastery in the coastal city of Mito. "The wall of the church’s chapel fell down, with the ceiling of one of its rooms broken down," the diocese said on its website. The Orthodox cathedral in Sendai was not damaged, according to several Orthodox websites.

The Sendai-based Northeastern District Centre Emmaus of the United Church of Christ in Japan, the country’s biggest Protestant denomination, has reported that some of their buildings and other properties, their local churches and manses as well as kindergarten and nursery schools in the district and Ibaraki Prefecture next to Tokyo have been partially damaged. No casualties among their members have been reported.

The Japan Evangelical Church Association, a grouping of evangelical Protestant churches based in Kawasaki, said the Rev. Thomas Rod, pastor of Sendai Evangelical Christian Church, was evacuated out of the town of Shichigahama, is in need of food and water and asking for rescue.

Reports from church headquarters in and near Tokyo and regional church offices in Sendai show that many local churches and their members in the affected areas in northeastern Japan are still out of touch, 72 hours after the disaster.