Home » I’m sorry: Forgiveness can be difficult to achieve but oh, so worth it

I’m sorry: Forgiveness can be difficult to achieve but oh, so worth it 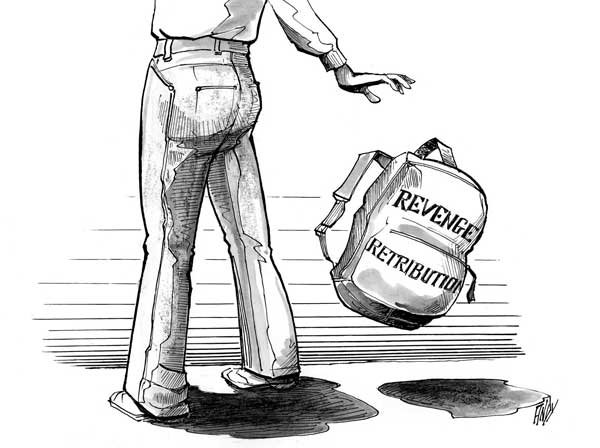 WE ALL need to forgive, beginning with ourselves.

After 45 years of marriage, forgiveness was slow to come. Countless hurts and a growing contempt were buried under layers of bitter resentment. For much of their time together, the couple’s relationship had been marked by frustration, anger and sorrow.

“We never learned how to confide, how to talk things out,” the woman writes anonymously in a new book on forgiveness by Hilary Alflatt, a former Anglican priest who served in New Brunswick and Quebec. Even after her husband died, the woman’s feelings of abandonment stoked her anger. “It took a lot of counselling and journal-writing before I was able to begin facing the baggage I was lugging,” she recalls in the short passage. “It was a long while before I was able to write something like, ‘It’s okay, I forgive you.’ And I felt another load lifted.”

The story reflects a fundamental truth: that genuine forgiveness never comes easily. To “forgive and forget,” as the old saying goes, is a contradiction, notes Alflatt in Forgiveness: Revelation of the Kingdom of God (Athena Press). The injured person must let go of the pain, and the perpetrator must acknowledge the hurt he has caused.

The natural tendency to withhold forgiveness begins in childhood, when we start erecting defences to protect ourselves from pain. We hold on to the hurt, stubbornly refusing to let the other person off. And we seek to hurt back. Alflatt associates these characteristics with what he calls our false self. By definition, he argues, our defensive, flawed human nature distorts our true self, created in God’s image. But as difficult as forgiving can be, refusing to do so can exact a heavy toll. “We all need to forgive,” says Alflatt, “otherwise we carry around something that corrodes us or corrupts us from inside.”

Often the greatest challenge is forgiving yourself, says the retired minister, who returned to his native England in 2005 to work as a spiritual director and retreat host. Jesus’ great commandment, Alflatt points out, was to love your neighbour as yourself, and we really can’t love others without loving ourselves. “We have to look at ourselves and accept what we are, without excusing all the negatives. There are no absolutes—we grope our way towards all these things. But the more I can forgive myself, the more I can forgive others.”

A religious faith helps, says Alflatt, 74, but doesn’t necessarily make it any easier. In fact, he points out, faith places a greater burden on believers to forgive. “…that’s what the faith teaches. But it’s still just as hard, depending on how far the transformation has taken place…living out God’s love.”

In times of tragedy, people of faith may also be challenged by the prospect of forgiving God. Ultimately, says Alflatt, God creates the good and the bad of life, though His wisdom is beyond our understanding. Terrible suffering can destroy faith, but, through forgiveness, it can also enrich our faith. “It’s the hardest kind of dying to ourselves,” he says, “when we’ve been badly hurt.”

Over the years, the ability to forgive can be strengthened. Whether forgiving God or a fellow human, the process is similar, says Alflatt. Begin by stepping back and summoning the objectivity to recognize where you might have been at fault. Sometimes, it doesn’t matter who was wrong. In essence, he says, forgiveness is an attitude toward the other person and doesn’t have to be as exact as justice. Realize, too, that forgiveness, like love, is difficult to achieve on your own. Take the issue to God in prayer, meditating perhaps on gospel passages where forgiveness is shown by Jesus and others. Over time, he says, regular prayer can greatly enhance our ability to forgive.

Every experience of forgiveness is as unique as the individuals involved. In many cases, the person being forgiven is not physically present to receive it. He or she may have died or is living in another part of the world. Regardless of the circumstances, the rewards of forgiveness are, in a real sense, divine. “There’s the potential for a whole new relationship,” says Alflatt, “which may even be better than the original.”

Developing a greater ability to forgive by dying to our false selves can also make it easier to accept our physical death. “So often,” he says, “we want to forgive and we find ourselves taking back the grievances. When it comes to physical death,” he adds, “you can’t take anything back. If we’ve been living forgiving lives, then that process is going to be much better.” In the end, it seems, the road beyond life is best travelled without baggage.

Forgiveness: Revelation of the Kingdom of God is available at Chapters-Indigo and Amazon.com.